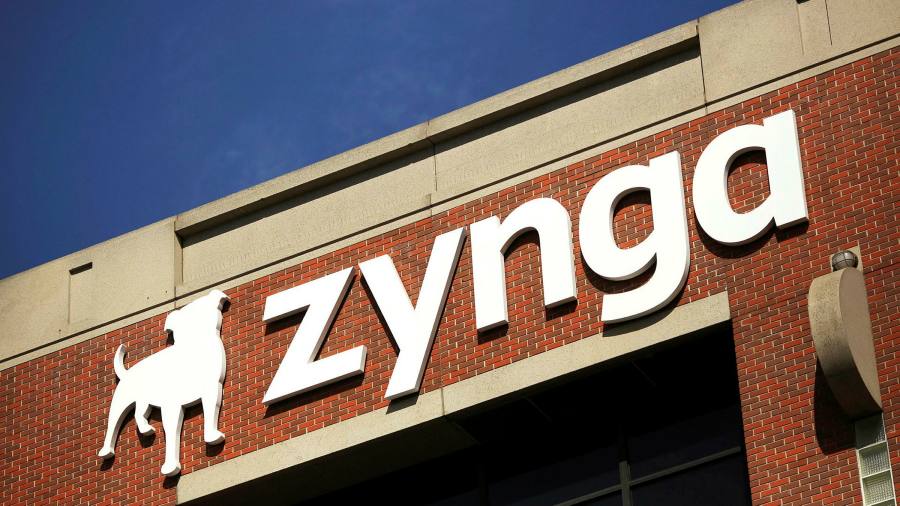 Zynga, the creator of Words with Friends and FarmVille, is making its biggest acquisition to date, paying $1.8bn for Peak Games, at a time when video games are booming under lockdown.

The deal is the latest example of Silicon Valley’s accelerating pace of mergers and acquisitions, as tech companies aim to take advantage of market turmoil during the coronavirus emergency.

Istanbul-based Peak Games, maker of popular puzzle titles Toon Blast and Toy Blast, will add millions of players to Zynga’s portfolio and bolster its position in the lucrative puzzle segment.

Toon Blast, which ranks among the top 10 highest-grossing mobile games, competes with the likes of King’s Candy Crush Saga and Playrix’s Gardenscapes in the so-called match three puzzle category.

The acquisition, which is split equally between cash and stock, is Zynga’s largest since it paid $560m for Finland’s Small Giant Games, which makes Empires & Puzzles.

At the same time as it announced the deal, Zynga nudged its full-year revenue guidance up by about 2 per cent to $1.69bn. Shares in Zynga, which had already jumped by 13 per cent on Friday, were up by just over 3 per cent in early trading in New York at $9.45. At the start of the year, the company’s share price was $6.15.

Frank Gibeau, Zynga’s chief executive, said during an investor call that the gaming firm had witnessed a “very strong” second quarter of 2020 due to measures aimed at stopping the spread of coronavirus that left millions of people confined to their homes.

“We’re seeing elevated levels of engagement, we’re seeing very nice levels of retention off of new cohorts — new players who have come in,” he said.

Mr Gibeau said that the acquisition of Peak Games and its “highly engaged user base” would enable the company to gain entry into new markets.

“The international stance that Peak has is very complementary to what we’re doing at Zynga,” he added. “The majority of their business internationally outside the US comes from Japan, which is a strategic mobile market for our company and our industry.”

Mr Gibeau said that the Turkish games maker was a “very sought-after asset” that had received interest from some of Zynga’s competitors.

He added that Zynga’s relationship with Peak Games, which dates back to 2017 when it bought a mobile card games business from the company for $100m, meant it had already “won the hearts and minds”.

“We had and built a deep relationship with the team and the founder, Sidar [Sahin],” he said. “It was less about the price, it was more about the fit and how he saw the evolution of his team going forward.”

Toon Blast and Toy Blast boast a combined average of more than 12m daily active players, Zynga said, increasing the group’s total mobile audience by more than 60 per cent. The deal is expected to close in the third quarter of 2020.

The acquisition is the largest-ever of a start-up in Turkey. It also makes Peak Games the country’s first “unicorn” — a start-up with a valuation of $1bn or more.

Omer Inonu, strategy director at Peak Games, said that the company’s 100-strong team was “unbelievably proud and happy” at that achievement.

Peak is the fifth Turkish gaming company to be acquired by a foreign owner over the past five years, according to the Turkish investor intelligence platform Start-ups. Watch, and the second to be bought by Zynga. The San Francisco-based online gaming bought Turkey’s Gram Games for $250m in 2018.

Mr Inonu said that Istanbul had become “one of Europe’s most important games development centres”, adding: “This is a source of great pride for the whole sector.”