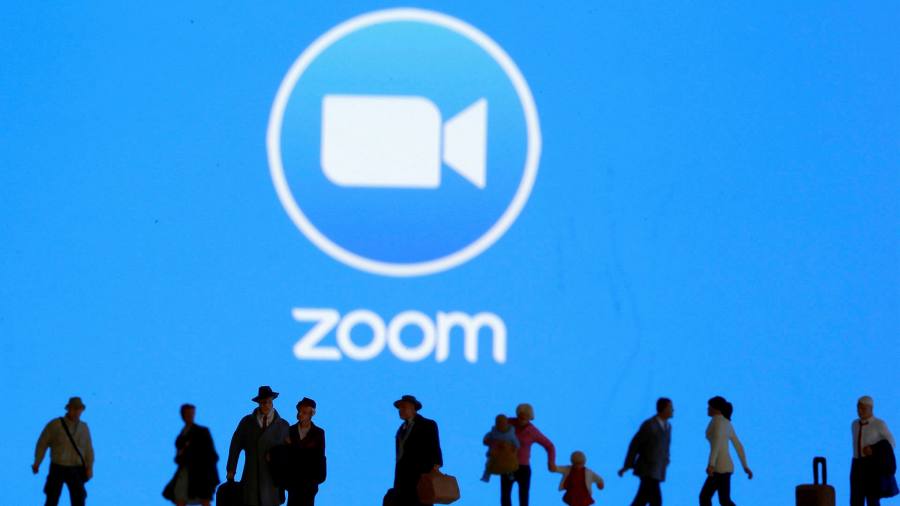 Wall Street may be anticipating that workers will become less reliant on Zoom calls as Covid-19 vaccines are rolled out, but the video conferencing start-up still turned in a surprisingly strong performance in the last quarter and predicted faster than expected growth in the coming 12 months.

The news sent Zoom’s shares up 10 per cent in after-market trading on Monday, valuing it at $131bn. They are still more than 20 per cent below a high point touched last October, before investors started to look ahead to an easing of pandemic restrictions this year

Zoom’s revenues soared to $883m in the three months to the end of January, up from $188m the year before, and 9 per cent above most analysts’ expectations. The company said it now has 467,100 customers with more than 10 employees, nearly five times as many as it had before the pandemic hit.

Its pro forma earnings per share — struck after deducting stock compensation expenses — rose to $1.22 from 15 cents the year before, and were 43 cents above expectations. Based on formal accounting rules, Zoom’s net income rose from $15m to $260m, or 87 cents a share.

Despite predictions that its service will play a less central role in the lives of many workers and students in 2021, Zoom said it expected revenues for its next fiscal year to grow by as much as 43 per cent, to $3.76bn to $3.78bn, compared to Wall Street projections of about $3.5bn.

It also predicted pro forma earnings per share between $3.59 and $3.65, higher than the $2.96 a share analysts had pencilled in.