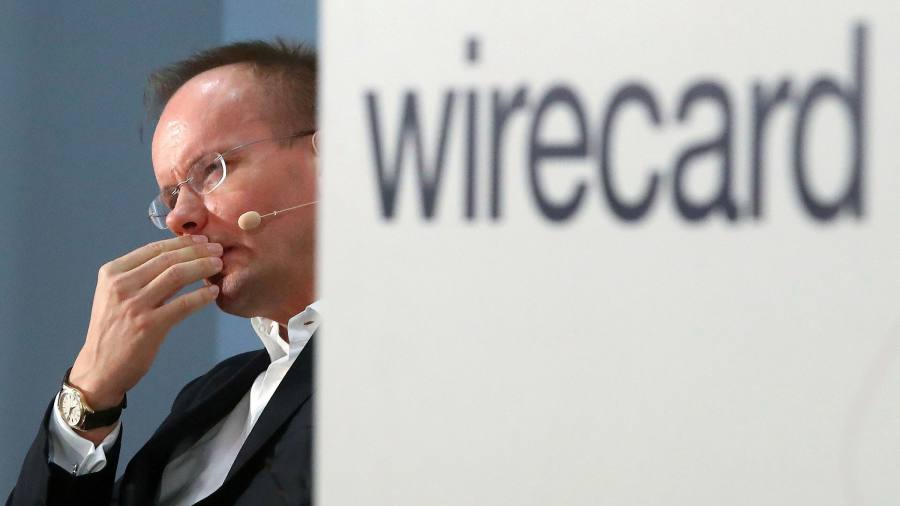 Wirecard warned on Monday that its previous descriptions of a business at the heart of the accounting scandal engulfing the German payments group were “not correct” and that it was likely that €1.9bn in missing cash does not exist.

The former champion of Germany’s tech sector said it was looking at whether business at a division that uses third parties to process payments “has actually been conducted for the benefit of the company”. Wirecard also said it was examining steps to keep its operations running.

The so-called Third Party Acquiring business, which outsources the processing of payments in jurisdictions where Wirecard does not have a licence, is at the centre of whistleblower allegations that have been detailed by the Financial Times over the past 18 months and triggered a collapse in Wirecard’s market value.

Shares in Wirecard plunged a further 46 per cent in early trading on Monday.

The group also said that there was “a prevailing likelihood” that accounts at two Asian banks used to settle payments from the TPA business “do not exist”. Wirecard has previously said that €1.9bn of cash was deposited at these escrow accounts held by trustees.

The once high-flying German fintech has been fighting whistleblower allegations of accounting fraud for more than 18 months. A forensic audit by KPMG, which Wirecard’s supervisory board commissioned after the FT reports, failed to allay concerns when its findings were published in April.

Wirecard’s longtime chief executive Markus Braun, who always denied wrongdoing, resigned on Friday. Since the company had to delay the publication of its 2019 annual results for the fourth time last Thursday, Wirecard’s shares have collapsed 75 per cent.

In its statement on Monday, Wirecard withdrew the preliminary, unaudited results for 2019 and the first quarter of 2020 that it published earlier this year.

“Potential effects on the annual financial accounts of previous years cannot be excluded,” the group added.

Wirecard said that “constructive discussions” with a consortium of banks over the extension of €2bn in loans to the company were continuing. The loans can be terminated after the company missed a June 19 deadline for the publication of audited annual results.

The company said it was looking at cost cuts, the disposal of business units and products and restructuring steps “to ensure the continuation of business operations”.