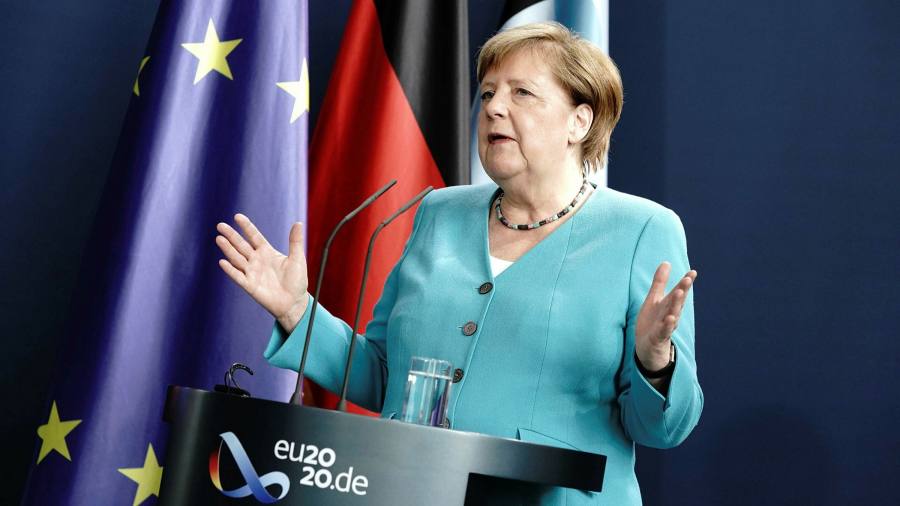 Should we let bygones be bygones in the discussion on eurozone governance? Does it matter that Angela Merkel is taking a different position on the eurozone today than she did during the sovereign debt crisis? My answer to those two questions is no and yes respectively. No, we should definitely not forget her role in the past crisis. And yes, the shift matters.

Ms Merkel bears her share of responsibility for a situation that left the eurozone on the brink. It was her government’s decision in 2008, right after the collapse of Lehman Brothers, to refuse joint European bank rescues. The following year, it passed a constitutional balanced budget amendment, also known as the debt brake. This act of unilateral fiscal retrenchment was followed by years of austerity in Germany and the eurozone. During that period, the eurozone generated unsustainable imbalances — internally and against the rest of the world.

At the fateful meeting of EU leaders in June 2012, Ms Merkel rejected ideas for deeper political and economic integration. This failure later prompted Mario Draghi, the former president of the European Central Bank, to take ownership of the future of the euro — a necessary decision, but one that caused problems of its own, not least consecutive legal challenges from Germany.

George Soros once noted that Ms Merkel only ever does as much for the eurozone as is necessary for its survival. I think we are still in that position. The Franco-German coronavirus recovery plan was drawn up with that objective. Legally, it is based on emergency laws under EU treaties. So beware of assuming a precedent: the recovery plan is possible only because it is a one-off.

The Franco-German proposal, and the somewhat more generous version from the European Commission, are significant in the sense that they strive to prevent calamitous economic fallout. But the motivation behind the fund is the same as the motivation behind the European Stability Mechanism, the rescue umbrella set up in 2012. We are still limping from crisis to crisis, except that we get more and more medication.

The recovery fund is certainly good medication to administer to combat the pandemic’s effects. And the EU would be remiss to reduce its dosage. But it would be a historical mistake to exaggerate its significance.

The first agenda item of Ms Merkel’s EU presidency will be to get the recovery fund agreed — along with the 2021-2027 EU budget into which it is embedded. This might happen during the next EU summit, on July 17. Agreement would involve some complex trade-offs. The Netherlands, Denmark, Sweden and Austria remain opposed to payouts in the form of grants. Ms Merkel’s behind-the-scenes diplomacy is effective and I am cautiously optimistic that a deal can be made — either this month or after the summer holiday. If there is a deal, she would rightly deserve praise.

But it would be careless and complacent to reduce the judgment on Ms Merkel and the German presidency to the passage of the recovery plan, which will need to be followed up by a strategic process of eurozone governance reform.

Indeed, without the lockdown the EU would have by this time already started a conference on the future of Europe — a first step towards changing the EU treaties to ensure that the eurozone has the instruments it needs to govern itself effectively. If France and Germany were to agree a joint position on the future of the euro, that would indeed be a big deal.

My sense of the debate in the Netherlands is that there is no majority on the horizon for such a change. Nor does Mark Rutte, the prime minister, show signs of investing the necessary political capital to change that.

The situation in Germany is more nuanced, but ultimately no different. The Germans are in favour of a one-time act of solidarity, towards Italy in particular. The harrowing pictures from Bergamo from the early period of the pandemic made an impact. But once the recovery funds start flowing, I doubt that any political party, with the exception of the Greens, will fight the 2021 German election on a promise for more Europe.

Ms Merkel is an effective political operator. But she has not shown many moments of true leadership in Europe. When she did, for example by opening the borders to Syrian refugees, she took the decision unilaterally. Change in eurozone governance requires sustained effort, and agreement.

Ms Merkel has reaffirmed repeatedly that she will leave politics after the 2021 elections. The impetus to take the EU and the eurozone to the next level will have to come from someone else.