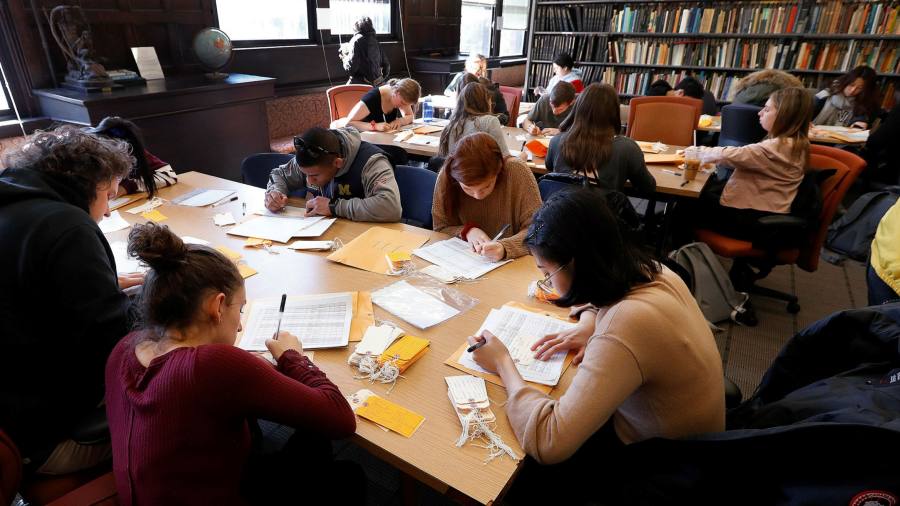 Nearly 50 years elapsed between the steamy day in 1973 when I moved into a cinder block dormitory room at the University of Michigan, and the day in 2019 when I dropped my youngest child off at the same flagship Midwestern university. The dorms and bathrooms had had a good half century — but not so the racial balance on campus.

In my enrolment year, nearly 7 per cent of undergraduates were black. Today’s black/African-American figure is 4 per cent — despite a 10 per cent goal espoused by the university before I got there. Detroit city, 40 miles away, is nearly 80 per cent African American and the state of Michigan, which this public institution is meant to serve, is 14 per cent black.

That isn’t good enough. The university administration knows it — and has spent decades trying to change things. But trying is no longer enough: the antiracism protests against the brutal killing of George Floyd by police are forcing us to find better ways to tackle racial inequality.

My alma mater is not alone: black students are under-represented at four-year public colleges and universities in 37 of the 41 US states examined in a recent report by the Education Trust, a research and advocacy group. Michigan is placed in the bottom five.

The blame for this lies partly in law, partly in culture, partly in the electorate and partly in college coffers. In the late 1990s, the University of Michigan became the focus of a national debate about whether it was fair, or constitutional, to use race as a factor in allocating spots at highly competitive universities. In 2003, it lost a critical US Supreme Court case for awarding extra points to black undergraduate applicants. Then, in 2006, voters passed the Michigan Civil Rights Initiative, which amended the state constitution to ban public entities from giving preferential treatment on the basis of race. Undergraduate black enrolment at my university has since halved, from a peak of 8.8 per cent in 1997.

But law is not the only problem, says Erica Sanders, head of undergraduate admissions and an African American. “There is a national systemic issue” of underfunding US public education in pre-university years, she says, adding that Detroit’s school system has never recovered from the 2009 recession.

“The established [applicant] pipelines from Detroit are just not nearly as strong as they once were and this has affected recruitment,” says Matthew Countryman, chair of the university’s department of Afroamerican and African Studies, also an African American. He says the campus and surrounding city of Ann Arbor “are seen as not particularly welcoming” to minorities. “And the rent market is very expensive.”

Alexxus Lige, peace officer of the university’s Black Student Union, says she is speaking for herself when she notes that a big hurdle in attracting black applicants is “the lived experience of the black students already here”. When she was applying to attend, after the election of Donald Trump as US president in 2016, a famous campus landmark was defaced by racist slurs. “The atmosphere on campus reflected the racial atmosphere in the country,” she says. “Sometimes the racial climate can be more than you’re willing to put up with.” She adds: “The university hasn’t put into action plans to create a racially equal campus climate.”

University president Mark Schlissel admitted, in a virtual town hall after the killing of Floyd, that “we’ve not done a good enough job developing a diverse student body”, adding, “you know we’re not allowed to play numbers but we know we’re a long way away from identifying all the talented kids with black faces . . . that could come [here]”.

“The question to be asked is: if what you’re doing is stuck, what more could you do?” says Mr Countryman, suggesting the university could call for a referendum to overturn the ban on affirmative action.

In 2003, Supreme Court Justice Sandra Day O’Connor wrote: “We expect that 25 years from now, the use of racial preferences will no longer be necessary”. Her deadline is on the horizon, but racial equality in higher education is not. My alma mater must finally tackle the problem of race identified so long ago. We have not got another 50 years to wait.