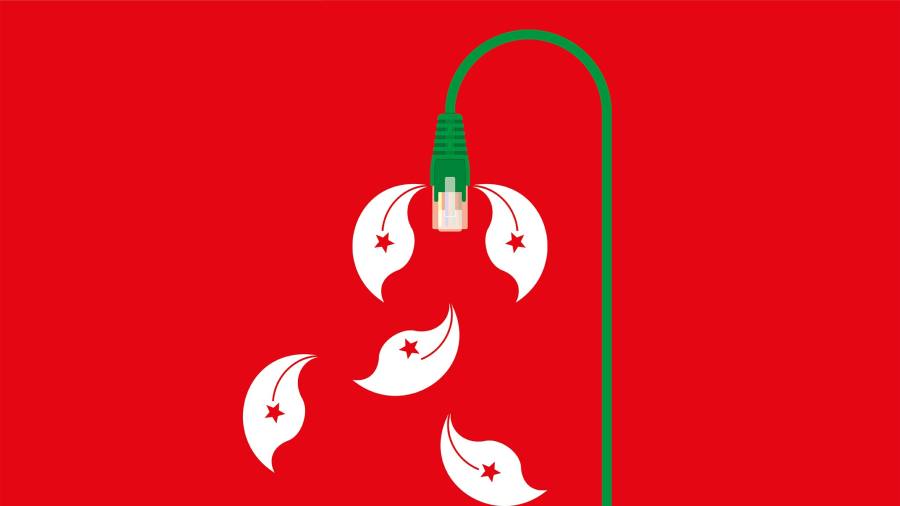 For years, this Beijing correspondent has looked forward to Hong Kong trips, not only for the chance to see beloved friends and colleagues, but also to enjoy the uncensored internet. Emails get sent. WhatsApp calls connect. I don’t have to hold a mental list of things I want to google for the next time I can access Google.

Since China erected its “Great Firewall” system of internet controls, Hong Kong has been the bridge between the mainland and the global internet, just as it is a financial and economic bridge into China.

It has been a convenient and safe place to park servers for VPNs (virtual private networks) in order to prevent snooping and circumvent censorship. VPN servers function as portals for your internet data: journalists, academics and others on the mainland can transport their data via a VPN server in Hong Kong, and surf the web as if they were there.

Now China plans to implement a national security law extending its control over Hong Kong, and many residents fear their digital freedoms will be taken away. On the day of the announcement, Hong Kongers’ interest in commercial VPN subscriptions surged, according to several providers. They were looking for a way to encrypt and thus protect their internet traffic from government surveillance, as well as to get it out of Hong Kong in case the Great Firewall is extended.

In recent months, Hong Kong police have learnt from their mainland peers and shut down protesters’ chat groups on Telegram, the messaging app, as well as arresting group admins. The threat of even more China-style censorship is already forcing residents on to VPNs, and on to the streets.

Some Hong Kong students who otherwise pay little attention to politics said that fear of the Great Firewall motivated them to join the protests. Only a minority may be interested in the security law itself or the legal somersaults required to pass it.

Imposing the Great Firewall on Hong Kong would not be technically difficult, says Andy Yen, chief executive of encryption software company ProtonMail, which fights for internet freedoms. “Hong Kong is small compared to the rest of China, so it’d be like implementing the Firewall in a mid-sized Chinese city.”

In regulatory terms, Beijing could argue that online communications can be used to organise threats to national security, and it therefore needs to be involved in issuing licences to internet service providers and telecoms operators in Hong Kong. A condition of its licensing would, of course, be applying censorship.

If Hong Kong’s internet starts being censored, this will affect not only residents and businesses but also those on the mainland who have relied on it as a safe haven for their data traffic.

This goes beyond the use of commercial VPN services, which Beijing has cracked down on in recent years. Hong Kong’s telecoms carriers offer Sim card deals for travellers hopping to the mainland, which allows them several gigabytes of uncensored data by routing their data through Hong Kong. That’s enough to last this journalist a month or two.

Many of China’s multinationals are also tied to Hong Kong, where they have erected internal VPN servers. Even worse, after the shuttering of many commercial VPNs, some multinationals have been cornered by Beijing into buying costly government-approved “direct line” services. These are similar to VPNs, except in some cases they’re not really private. And again, the data ends up passing through Hong Kong.

In turbulent times, some people hoard dried food or stash bullets. I collect VPN servers. It’s difficult to convey to those outside China how much we rely on these annoying yet vital apps. They are as much a part of my daily routine as putting on my shoes, and if they don’t work, then I can’t leave my digital house.

Some behavioural psychologists say the best way to break an addictive habit such as social media is to build in a delay of even a few seconds before opening up any particularly tempting app. The thinking is that your body’s short-term hunger for gratification will be outweighed by the boredom of waiting.

I experience a delay of up to a minute every time I wait for my VPN to connect before doing almost anything online. Unfortunately, my addictive behaviour is being a journalist in China, and I’m not going to quit. I’ll just keep hoping that my VPN will hold out.