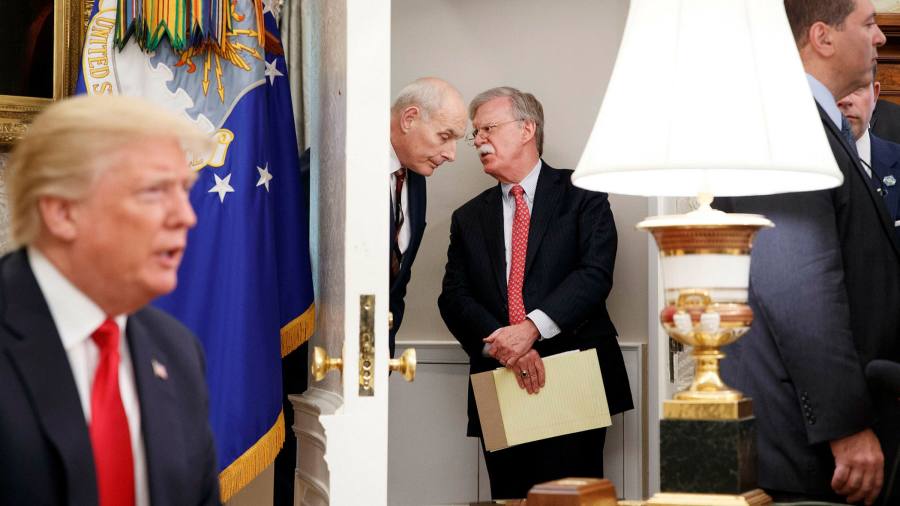 A federal judge has rejected the White House’s last-ditch efforts to stop the publication of a new book from John Bolton, saying the former adviser had “gambled with the national security of the United States” but an injunction was not an “appropriate remedy”.

The judge overseeing a justice department lawsuit against Mr Bolton said in a ruling on Saturday that President Donald Trump’s former national security adviser had exposed his country to harm and himself to civil and potentially criminal liability by pushing ahead with his memoir, The Room Where It Happened.

But Royce Lamberth concluded that the government had “failed to establish that an injunction will prevent irreparable harm”.

“While Bolton’s unilateral conduct raises grave national security concerns, the government has not established that an injunction is an appropriate remedy,” the judge said.

The Financial Times has obtained a copy of Mr Bolton’s book, published by Simon & Schuster, which goes on sale on Tuesday. The memoir includes a series of explosive allegations, including Mr Bolton’s claim that Mr Trump urged Xi Jinping, Chinese president, to buy more US agricultural produce to help him win re-election in November.

The justice department on Wednesday filed for an emergency restraining order on the book’s publication, and a hearing was held on Friday.

Mike Pompeo, secretary of state, said this week that Mr Bolton was “spreading a number of lies, fully-spun half-truths and outright falsehoods,” adding it was “both sad and dangerous that John Bolton’s final public role is that of a traitor who damaged America by violating his sacred trust with its people”.

Mr Lamberth said in Saturday’s ruling that while Mr Bolton “may indeed have caused the country irreparable harm”, the “damage is done” given the book had been published, distributed and widely circulated among media outlets.

“In taking it upon himself to publish his book without securing final approval from national intelligence authorities, Bolton may indeed have caused the country irreparable harm. But in the internet age, even a handful of copies in circulation could irrevocably destroy confidentiality,” the judge said. “With hundreds of thousands of copies around the globe — many in newsrooms — the damage is done. There is no restoring the status quo.”

Mr Bolton, a foreign policy hawk, worked in the Reagan and both Bush administrations, before joining the White House in April 2018. He left the administration on bad terms with Mr Trump in September 2019, but declined to participate in last year’s impeachment probe.

Simon & Schuster said on Saturday: “We are grateful that the court has vindicated the strong First Amendment protections against censorship and prior restraint of publication. We are very pleased that the public will now have the opportunity to read Ambassador Bolton’s account of his time as national security adviser.”

Mr Trump, who will travel to Tulsa, Oklahoma on Saturday afternoon for his first rally since the coronavirus began spreading across the US, said Mr Bolton “must pay a very big price”.

“Plain and simple, John Bolton, who was all washed up until I brought him back and gave him a chance, broke the law by releasing Classified Information (in massive amounts),” Mr Trump tweeted. “He must pay a very big price for this, as others have before him. This should never to happen again!!!”

Mr Trump later described the federal court’s ruling as a victory for his administration, saying on Twitter: “BIG COURT WIN against Bolton. Obviously, with the book already given out and leaked to many people and the media, nothing the highly respected Judge could have done about stopping it . . . BUT, strong & powerful statements & rulings on MONEY & on BREAKING CLASSIFICATION were made.”