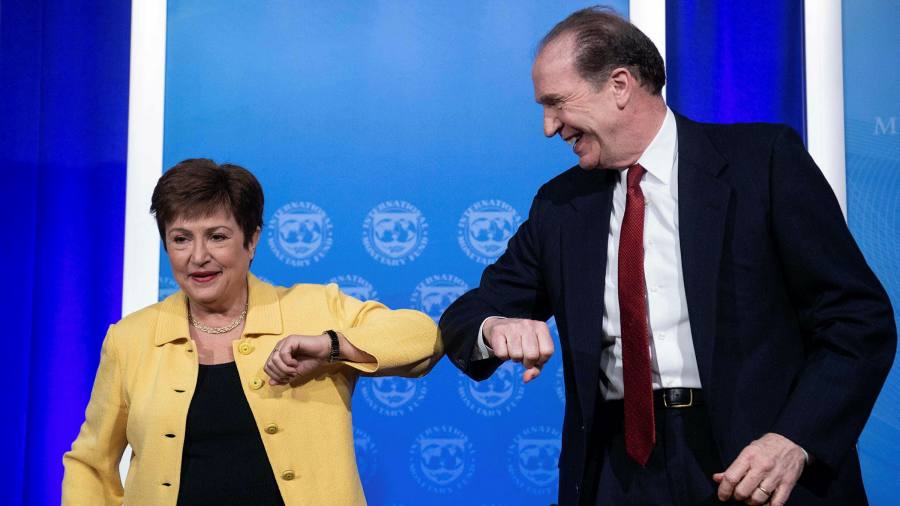 The writer is president of Queens’ College, University of Cambridge, and adviser to Allianz and Gramercy

There has been a stark shift in global economic thinking on austerity. That was strikingly evident at the annual meetings of the IMF and World Bank earlier this month.

In sharp contrast to what the IMF and others urged after the 2008 global financial crisis, senior figures at the meetings encouraged governments “to spend their way out of the pandemic”.

The world is now set to experience another surge in debt and deficits from levels that only nine months ago would have been deemed unthinkable by most economists and financial market participants.

Many in markets may be tempted to see this as unambiguous good news, heralding a period in which fiscal policy would reliably and repeatedly join monetary policy in flooding the system with liquidity and pushing asset prices higher around the world.

The impact, however, is likely to be a lot more nuanced — dominated by pronounced dispersion in risk-return outlooks for companies and countries as opposed to another significant “melt up” of stocks, emerging markets and corporate bonds.

The change in thinking on austerity reflects a revisit of what’s both desirable and feasible. It is almost universally acknowledged that governments should go out of their way to avoid “scarring”, where short-term problems become structurally embedded in the economy.

A fiscal bridge over a damaged economic landscape owing to Covid-19 is seen as critical to avoid viable companies experiencing a cash crunch becoming bankruptcies, and furloughs turning into long-term joblessness.

This approach is more feasible now that interest rates are extremely low and central banks readily buy what was, not so long ago, an inconceivable amount of government and corporate bonds.

It is tempting to see this as unambiguously good for financial asset prices that have been long-supported by loose monetary policy. Indeed, it may seem even better as large deficits not only flood the system with funds financed by central banks but also involve outright grants and other forms of highly concessional income support to households.

The notion of generalised support for the markets needs to be heavily qualified, however. As we continue to live with Covid-19, we should expect government support gradually to shift from a universal approach to one that is more selective: people over companies, viable sectors over permanently damaged ones and more partial income replacement for households.

The result will be a growing distinction between favoured stocks and bonds over orphaned ones. The former includes several healthcare, technology and green economy names. The latter is heavy on hospitality and other elements of the services sector; these face a significantly higher risk in bankruptcies and weakening of contractual debt terms.

Countries will also differ in their ability to sustain large deficit spending. What is not a problem for the US will be a headache for many developing countries that, as their debt and debt service obligations rise rapidly, find it harder to fund themselves through capital markets.

With their growth models and foreign exchange also challenged, they will turn more to the IMF and other sources of official funding. The only real question is whether the reschedulings that follow for some are pre-emptive and orderly or, instead, involve a prior payments default.

This greater dispersion in market winners and losers will come at a time when investors face difficulties in finding what they believe are reliable risk mitigators.

With yields suppressed to very low — if not negative — levels by central bank market interventions, government bonds risk a price fall as markets react to ever-increasing debt and, hopefully, a brighter growth outlook down the road. This is particularly the case for longer-dated maturities, unless central banks cross what could well be a Rubicon in financial market distortions by opting for explicit yield targeting for maturities that are well beyond the reach of their benchmark policy rate.

The old days of all-powerful bond vigilantes may indeed be over, at least for now. But this does not mean that further well-intentioned — indeed, necessary — surges in debt and deficits is unambiguously good for markets.

From a return perspective, it’s only likely to support specific sectors and companies, and in a subset of countries around the world. Elsewhere, it is likely to be insufficient to avoid the bankruptcies and debt reschedulings that accompany a global recovery that is too small, too uneven, and too uncertain.