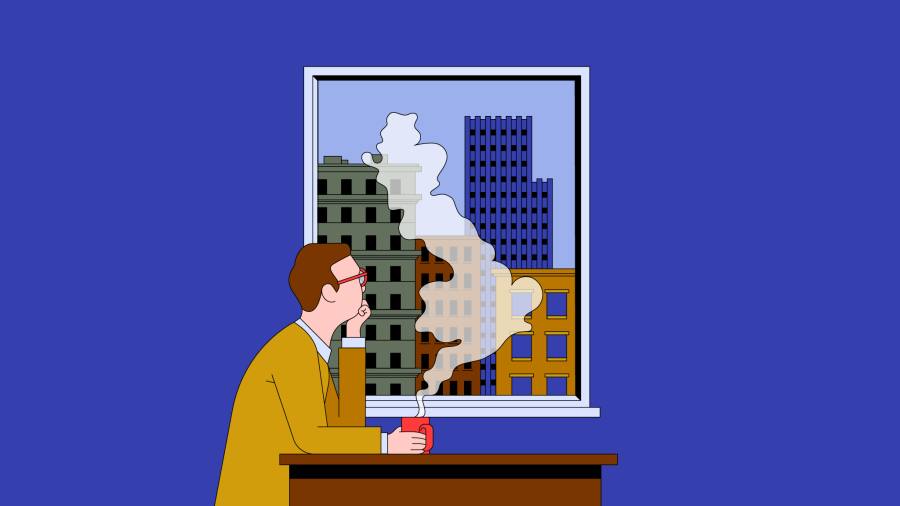 Right about now I was supposed to be concluding a two-week trip to Britain with my family — our first since we moved back to America two years ago after five mostly wonderful years living in London. Things happen and plans change.

Being deprived of Britain, for who knows how long, has only sharpened my ardour for the place. As I stew in quarantine, I find myself succumbing to a classic case of British nostalgia for all the things I miss about the good old days in your strange and wonderful land.

In no particular order:

I miss the Question Time music. I miss that moment in every Question Time when somebody in the audience barks, in effect, “You’re all bastards!” and everyone roars their approval.

I miss Graham Norton’s company on a Friday evening, when we had small children and were too exhausted to do anything but sit on the couch.

I miss watching Glastonbury on the BBC without having to go to Glastonbury.

I don’t miss Ant and Dec one bit, and I could never understand their appeal. But I appreciate that there should still be some mysteries between us.

I miss the convivial vibe of the families at the cricket club where my son played — in contrast to the self-loathing dads and baying mothers on the sidelines of our son’s soccer team in New Jersey.

I miss our local butcher’s impatience on match days.

I miss the woman in south Wales who wore pearls to meet me for a cup of tea at a supermarket cafeteria in Pontypool.

I miss the woman from Sheffield who made me understand that sharp elbows are the defining feature of the middle class everywhere.

I miss the Scottish fishing boat captain who took his coffee black, he explained, because if he got caught in a storm he could still drink it cold that way.

And I miss the kindly Jeremy Corbyn-supporting couple who took the time to give me a tour of their lives, from a house without indoor plumbing in Wigan to a council flat and then eventual semi-detached comfort in the Wirral. They even let me use their son’s bedroom for a night. And I deeply regret that I never managed to write about their journey in the way that I’d hoped.

I miss the sight of the cocky young men, with Beckham-esque haircuts and shaves, nursing pints outside a pub on a Friday afternoon — and the sense that only the costumes have changed since Shakespeare’s time.

I miss the horrid suits worn by your estate agents under the mistaken assumption that they confer some sense of trustworthiness.

I miss how you underestimate, and overestimate, your importance to the world.

I miss our cheap and cheerful local state school. It got the job done, and then some.

I miss my wife coming home wobbly and ­giggling from drinks with the other mums — not agonised and anxious.

I miss a certain breeze that would wash over the garden in late summer, instantly reminding me that I was, in fact, on an island in the North Atlantic. I miss long summer nights.

I miss your grudging acceptance that, even if you’re not all in this together, you are probably stuck with one another.

I miss a natter at the school gate after drop-off.

I miss Best Kebab after a drunken quiz night or charity auction at our children’s school.

I miss the jumble of all your opposing parts and how each enhances the other — the toffs and the working class; Johnson and Corbyn; the bankers and the miners; the north and the south; Yorkshire and Lancashire; and on and on. I know you desperately want to be rid of each other. I do. But I, as an outsider, see you as a great boisterous family, and could not imagine you any other way. Really.

I miss the sense that the entire country might conceivably be tuning into the same television show, even if it is a crap one.

I miss your refusal to pathologise shyness and your tolerance of eccentricity.

I miss the Six Nations tournament, and how it carries you through the gloom of late winter.

I miss the drama of the relegation battle. (If only baseball had something similar.)

I miss The Swan pub in Crimble.

I miss the Shipping Forecast on Radio 4 — even though I never understood it. (I was also unexpectedly fond of Woman’s Hour and Farming Today. Go figure.)

I miss whatever darkness in your collective soul moved you to make a movie about one of your greatest football managers, Brian Clough — not about his triumphs, mind you, but about his greatest failure.

I miss a young Polish woman with an exaggerated London accent, possibly the happiest and most optimistic sound I know.

I miss Bob being my uncle.

I miss the Thursday cake trolley, and the delirium that takes hold in the London newsroom late on a Friday afternoon, after another long week. I knew they would eventually come to an end.

joshua.chaffin@ft.com; Simon Kuper is away