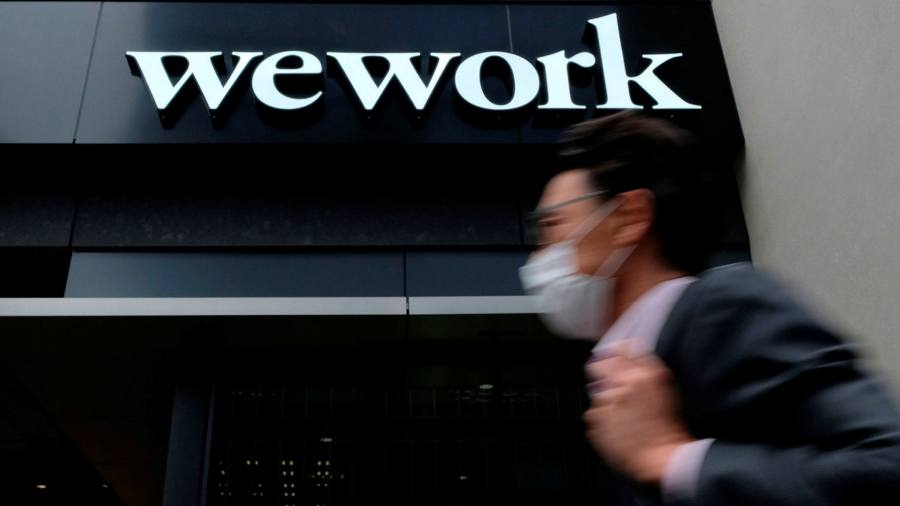 WeWork is on track to have positive cash flow in 2021, a year ahead of schedule, after it cut its workforce by more than 8,000 people, renegotiated leases and sold off assets, its executive chairman said.

Marcelo Claure said in an interview that the SoftBank-backed office space provider had seen strong demand for its flexible work spaces since the start of the coronavirus pandemic.

In February, Mr Claure set a target of reaching operating profitability by the end of next year and he said WeWork remains on track to meet it.

The New York-based company, which aborted its hotly anticipated initial public offering last year, has moved aggressively to reduce its cash burn and shed costs. It has slashed its workforce from a high of 14,000 last year to 5,600 people, a figure that has not been previously disclosed.

“Everybody thought WeWork was mission impossible. [That we had] zero chance. And now, a year from now, you are going to see WeWork to basically be a profitable venture with an incredible diversity of assets,” said Mr Claure.

While the shift to homeworking has seen a reduction in office space demand, some companies turned to WeWork to provide satellite offices closer to where their employees live and to spread out their staff beyond their main offices, said Mr Claure.

Mastercard, TikTok-owner ByteDance, Microsoft and Citigroup are among the companies that have signed new lease agreements with WeWork over the past month.

“We have companies like Facebook, Google and Amazon who have told their employees that they can work from wherever they are. We have a lot of those employees who basically now come to a WeWork facility to use it one day, a week, two days a week, three days a week,” Mr Claure added.

However, other tenants refused to pay rent or asked to terminate their leases during the pandemic. WeWork burnt through $482m of cash in the first three months of the year, cutting its cash on hand to less than $4bn.

It has not yet reported second quarter sales figures to its creditors, but Mr Claure said revenues were flat during the crisis. WeWork drastically slowed its expansion last year after churning through capital.

The company’s outstanding $669m debt has rebounded over the past two months, trading at 49 cents on the dollar last week. While that is down from the 89 cents at which it traded in February and remains deep in distress territory, it is up 42 per cent from a March low, data from Finra showed.

Mr Claure’s upbeat assessment comes just nine months after SoftBank, where Mr Claure is chief operating officer, stepped in with a multibillion-dollar rescue package to prevent WeWork from running out of cash. SoftBank and WeWork remain in litigation over the bailout, which included a $3bn share buyout that was never consummated.

The near collapse of the office group ultimately prompted an acknowledgment from Masayoshi Son, SoftBank’s founder, that its initial investment in WeWork had been a mistake. The Japanese technology and telecoms group has poured more than $10bn into the office company, whose valuation tumbled from $47bn at the start of 2019 to $2.9bn this March.

Mr Claure, who is credited with turning round US wireless carrier Sprint and negotiating its merger with rival T-Mobile, was installed as chairman in October after WeWork co-founder Adam Neumann stepped down as chief executive. The company hired property veteran Sandeep Mathrani this year and charged him with cutting costs and putting the company on a path to profitability.

WeWork has sold off non-core businesses like coding academy Flatiron School, software company Teem and its stake in co-working start-up The Wing, and has also terminated lease agreements on properties in Baltimore and New York. Mr Mathrani told staff last week that the restructuring he had embarked on in February that included thousands of job cuts had been completed, according to a memo seen by the FT.

In June, the company recorded its strongest sales month since February, the memo from Mr Mathrani showed, and WeWork has spent more than $20m to renovate spaces to distance customers from one another.

“Our demand for private spaces is through the roof,” Mr Claure said. “Maybe the buildings are not going to be as dense as they were before for the community side of the business. But the demand for high-quality workspaces that are sanitised, that [make] people feel comfortable will be at an all-time high.”