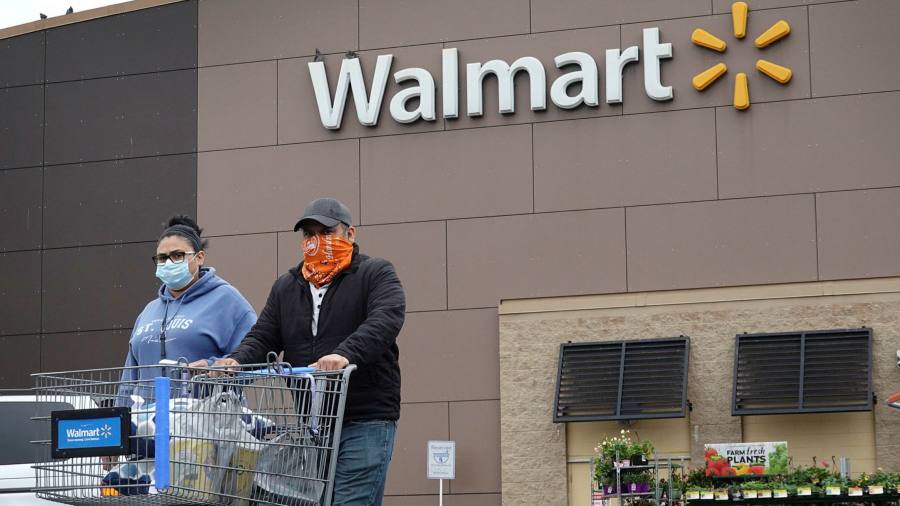 Walmart will require all of its customers in the US to wear face masks, making the world’s largest retailer the latest company to act on its own in the face of a mixed response to the new US outbreak from government authorities.

About 65 per cent of Walmart’s 5,000 stories and Sam’s Club locations are in regions where face coverings are already mandatory, the company said, adding that it is acting to “bring consistency across stores and clubs”.

Although some states like California have acted aggressively with new health mandates and actions to reverse economic reopening, other states hit by the new outbreak, including Florida, have been more reticent, producing a patchwork of rules and restrictions across the US south and west.

That has left individual companies to decide on their own how to respond. Wholesale retailer Costco, electronics retailer Best Buy, Starbucks and American Eagle Outfitters have issued mask mandates for customers. Apple has re-closed retail stores across the south and west while McDonald’s last week halted its reopening schedule.

Florida on Wednesday became the third US state to top 300,000 coronavirus cases since the pandemic began. A further 10,181 people tested positive for the infection over the preceding 24 hours, state officials said, taking its total to 301,810.

Only longtime hotspot New York, which had just over 403,000, and emerging hotspot California, with nearly 337,000 cases, have had more.

Walmart’s face mask policy is due to start on Monday, the company said, and all its stores will have a single entrance manned by so-called health ambassadors — a new employee role — to remind customers of the requirement.

The company said the ambassadors “will work with customers who show up at a store without a face covering to try and find a solution”.

The use of masks has become politicised as some Americans argue mandates infringe on their freedom of choice. However, the Centers for Disease Control and Prevention has urged people to wear masks to prevent the spread of Covid-19.

Walmart said in a statement. “We also recognise the role we can play to help protect the health and wellbeing of the communities we serve by following the evolving guidance of health officials like the CDC.”

In addition to its 10,181 new cases — the fifth time in six days the state has reported an increase of more than 10,000 infections — Florida reported a further 112 deaths, just below a record 133 on Tuesday.