The coronavirus pandemic has accelerated a global shift away from coal with the exception of China, which has expanded plans to build power stations using the fuel, data show.

The first half of 2020 marked the first ever six-month decline in global coal power capacity, said Global Energy Monitor, a San Francisco-based non-governmental organisation. Authorities around the world commissioned 18.3 gigawatts of capacity and retired 21.2GW, led by the closure of plants in Europe.

Renewable energy projects have delivered spectacularly in the past two years

By highlighting problems of overcapacity and reducing near-term growth estimates, the pandemic had sped up a shift away from coal that had been under way since 2018 when new installations peaked, she said.

The outlier was China, which approved the highest number of new plants in the first six months of this year since 2016. “It’s hard to overstate the degree to which China is driving coal power development,” Ms Shearer said.

South Korea and Japan, which are also big financiers of coal in the region, have begun responding to global pressure against coal power. But China’s financial institutions have failed to make similar pledges.

Lockdowns from the pandemic have slashed emissions of carbon dioxide and other greenhouse gases. But environmentalists have warned that stimulus packages to claw back growth need to focus on green technologies to avoid a rebound in emissions.

Developing countries have also begun to re-examine their plans for coal-fired plants. 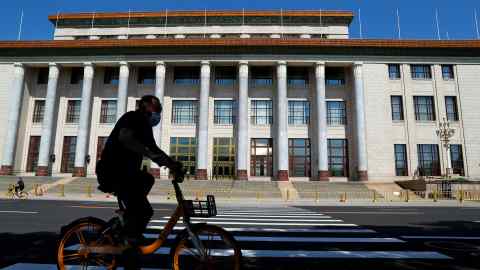 In Bangladesh, “a very high level of over capacity” had pushed the government to halt coal plant development, said Simon Nicholas, energy finance analyst at the Institute for Energy Economics and Financial Analysis.

“A number of years ago they were suffering from a lack of power, [so they] loosened things up, and appear to have overcorrected,” he said.

In Vietnam, future coal plants were being abandoned because of repeated delays in funding and resistance from local communities, said Thu Vu, energy analyst at the Institute for Energy Economics and Financial Analysis.