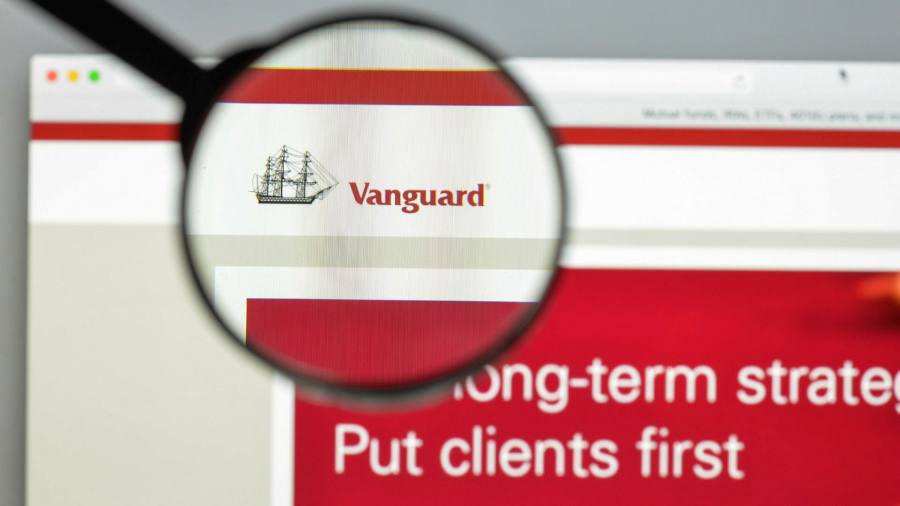 Vanguard has charged ahead of arch rival BlackRock in the 2020 race among exchange traded fund providers to drum up new business.

Pennsylvania-based Vanguard attracted ETF inflows of $90.4bn in the first six months of the year, 105 per cent higher than the same period last year, according to ETFGI, a London-based consultancy. It also marks a record half-year for Vanguard’s ETF business.

Rich Powers, head of ETF product management at Vanguard, said new business was boosted by the price war among US brokers to win a share of the expanding ETF trading market.

“More brokers are offering free ETF trading, which has levelled the playing field for Vanguard. Investors were previously being charged every time they wanted to buy a Vanguard ETF on some platforms so the price competition among brokers has been helpful,” said Mr Powers.

BlackRock gathered ETF inflows of $60.4bn between January and June, down 5.3 per cent on the same period last year.

Some of the main competitors to BlackRock and Vanguard suffered disappointing slowdowns, including Invesco, where ETF inflows tumbled 61 per cent to $4.9bn, and Charles Schwab where new ETF business also fell 61 per cent to $4.7bn.

WisdomTree, the New York-based asset manager, which shut a number of oil focused trackers this year due to high volatility, registered net outflows of $600m in the first half.

JPMorgan, a late entrant to the ETF industry in 2017, saw momentum build with inflows up 28.5 per cent to $8.8bn, while new business for ProShares, a specialist provider of leveraged exchange traded products, leapt more than 10-fold to $10.6bn. Increased volatility across financial markets has prompted stronger demand for leveraged products that allow investors to multiply their bets.

Worldwide new business for ETF providers jumped 40 per cent to $293bn in the first half as investors ploughed cash into gold and fixed income ETFs. Global ETF assets (funds and products) stood at $6.3tn at the end of June, down 1.4 per cent this year.

“The strength of ETF inflows this year is remarkable given the severity of disruption to worldwide economic activity as a result of the pandemic,” said Deborah Fuhr, managing partner of ETFGI.

The Federal Reserve’s decision to use fixed income ETFs for the first time as part of its programme to support US bond markets has been widely viewed as an overwhelming vote of confidence for ETFs broadly. Inflows have surged following the Fed’s announcement in late March to reach a first half global total of just under $106bn.

“The resurgence in flows is a strong sign of confidence in the flexibility of fixed income ETFs, which allow investors to tailor portfolios in a liquid, transparent and cost-efficient manner,” said Matthew Bartolini, head of Americas research at State Street Global Advisors.

BlackRock highlighted the scale of inflows into investment grade corporate bond ETFs, which hit $21.6bn in June alone, a monthly record. IG fixed income ETFs are a key focus of the Fed’s bond-buying programme, which is being run by BlackRock.

Gold ETFs also drew extraordinary levels of interest, helping to push the price of bullion above $1,800 an ounce this month for the first time in nine years. Investors stashed $40bn into gold ETFs in the first half of 2020, more than the full-year record of $23bn in 2016. Gold ETFs located in North America accounted for 80 per cent of the new business, reflecting worries about the implications of the Fed’s quantitative easing, which includes a pledge to buy unlimited quantities of US government bonds.

Charles Gibson, an analyst at Edison Research, said the price of gold could rise “potentially as high as $3,000 an ounce” if the coronavirus pandemic proved protracted and the Fed’s balance sheet continued to increase from its current level of $5tn.