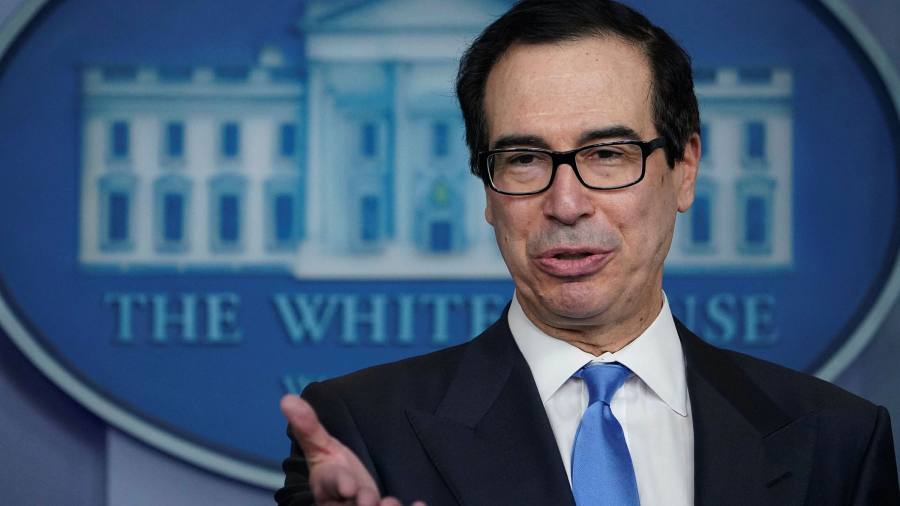 The US has thrown into disarray plans for a new global tax framework for technology companies after suspending talks with European countries — and warning them of retaliatory measures if they press ahead with their own taxes.

In a letter to four European finance ministers seen by the Financial Times, US Treasury secretary Steven Mnuchin warned that discussions had reached an “impasse”. He said the US was unable to agree even on an interim basis changes to global taxation law that would affect leading US digital companies.

The move dashes international discussions under the auspices of the Paris-based OECD for a more equitable approach to taxing multinational companies. It will also infuriate European capitals desperate to raise revenue after the devastation to public finances wrought by the Covid-19 pandemic.

With the US threatening tariffs if European nations continue levying digital taxes, the letter paves the way for a summer of transatlantic tension and heated negotiations.

Paris, Madrid, London and Rome have been among the capitals to champion new taxes on Apple, Facebook, Google and other tech giants, arguing that the companies profit enormously from the European market while making minimal contributions to public coffers.

“Attempting to rush such difficult negotiations is a distraction from far more important matters,” said Mr Mnuchin in the letter, dated June 12. “This is a time when governments around the world should focus their attention on dealing with the economic issues resulting from Covid-19.”

The letter, sent to Rishi Sunak, the UK chancellor of the exchequer, French economy minister Bruno Le Maire, and the finance ministers of Italy and Spain, called for talks to be suspended. The US Treasury secretary also reiterated prior threats to retaliate if the countries continued to implement their own digital taxes.

“The United States remains opposed to digital services taxes and similar unilateral measures,” Mr Mnuchin wrote. “As we have repeatedly said, if countries choose to collect or adopt such taxes, the United States will respond with appropriate commensurate measures.”

The US wanted to resume the talks later this year, he said in the letter. European diplomats said that they would send a joint reply shortly.

The OECD had proposed a compromise with two pillars. The first suggested countries would be allowed for the first time to have some rights to tax profits made on the basis of sales in their jurisdictions. This would not just apply to US tech giants, but would also give the US, for example, limited taxing rights over European luxury goods companies.

Mr Mnuchin insisted that discussions on the second pillar remained on track and that the parties were “much closer to an agreement”. He said the US hoped to bring these talks on a global minimum tax to a conclusion this year.

However, few think a global compromise is possible without agreement on both pillars, so the US letter is likely to find few supporters in European finance ministries.

The UK Treasury said on Wednesday it intended to press ahead with its own digital services tax, which is already enshrined in British law, although US tech companies are not required to pay anything until 2021.

In January Mr Mnuchin and his French counterpart Mr Le Maire managed to prevent a complete breakdown in the process, with the US suspending its plans for tariffs on predominantly French goods alongside a commitment by Paris not to collect revenues from its digital tax immediately, even though the liabilities would still accrue.

But earlier this month, the Trump administration cleared the way for punitive measures against a broad range of countries that had adopted or were in the process of adopting digital taxes.

Robert Lighthizer, the US trade representative, announced a probe into whether digital tax measures in the UK, Spain, Italy and other countries amounted to an unfair trade practice, which allows Washington under US law to unilaterally slap tariffs on imports from the countries involved.

The US had already launched such a probe against France for its digital tax plans, and unveiled a list of products, including French wines, that would be targeted for retaliation, but had so far held off imposing those levies.

The US Treasury did not immediately respond to a request for comment on the letter.