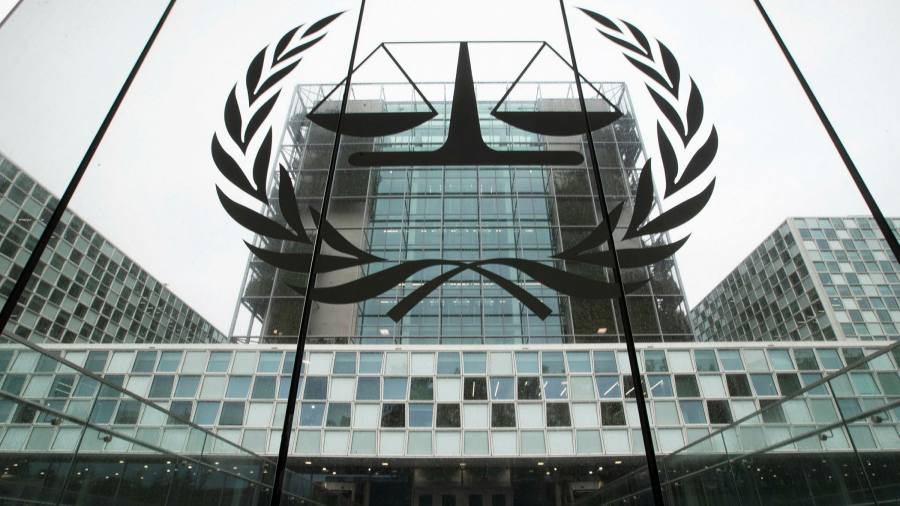 The US has authorised economic sanctions against International Criminal Court officials involved in investigating or prosecuting US and allied military personnel for alleged war crimes, as Washington escalates its attack on the Netherlands-based court.

In an executive order issued on Thursday, Donald Trump said the US would freeze financial assets of anyone who aided the ICC probes in any way, including by providing “material support” to investigations. The US also expanded existing visa restrictions on officials directly involved in investigations into US military behaviour to include those individuals’ family members.

The US has long seen the ICC as a threat to its sovereignty. In 2017 the ICC — which was established in 2002 to prosecute war criminals — asked judges for permission to investigate alleged war crimes carried out in Afghanistan.

In March, The Hague-based tribunal’s appeals chamber overruled a previous decision not to investigate alleged crimes committed by US forces, as well as Taliban and Afghan national troops, in Afghanistan.

Speaking in a press briefing on Thursday morning, US attorney-general Wiliam Barr said the justice department had “credible information that raises serious concerns about a long history of financial corruption and malfeasance at the highest levels of the office of the prosecutor”.

“We are committed to uncovering, and if possible, holding people accountable for their wrongdoing,” said Mr Barr, who further claimed that the court was being manipulated by Russia.

Mike Pompeo, the US secretary of state, said investigations into US military personnel were an “ideological crusade”, and he accused the court of being “grossly ineffective and corrupt”. Sanctions against people involved in investigating US servicemen and women will be meted out on a “case by case” basis, he added.

The US has already said it will revoke or deny visas to anyone connected with ICC probes into alleged US military abuses in Afghanistan. It announced last March that the new visa restrictions would be placed on people who “take or have taken action to request, or further investigate” US military behaviour.

nd their families to come to the US to shop and travel and otherwise enjoy American freedoms as the same officials seek to prosecute the defenders of those freedoms”.

The US has also clashed with the court over ICC prosecutor Fatou Bensouda’s decision in December to launch a probe into alleged war crimes in the Palestinian territories of Gaza and the Israeli-occupied West Bank, pending confirmation by the court that these lie within its jurisdiction.

Benjamin Netanyahu, prime minister of Israel — which, like the US, is not a party to the ICC — and Mr Pompeo have said the court has no authority to investigate. The court’s Pre-Trial Chamber I is now considering jurisdiction in the Palestinian case.

In the White House statement accompanying the executive order on Thursday, Donald Trump attacked the ICC for “politically motivated” investigations.

“Despite repeated calls by the United States and our allies to reform, the International Criminal Court has taken no action to reform itself and continues to pursue politically-motivated investigations against us and our allies, including Israel,” Mr Trump said.

The ICC said it was aware of the US statement and would react later.

Chile Eboe-Osuji, the ICC’s president, told the FT in December that Washington’s retaliation against the court was “very disappointing”, given that the US was a country “credited with the modern appreciation of the rule of law”.