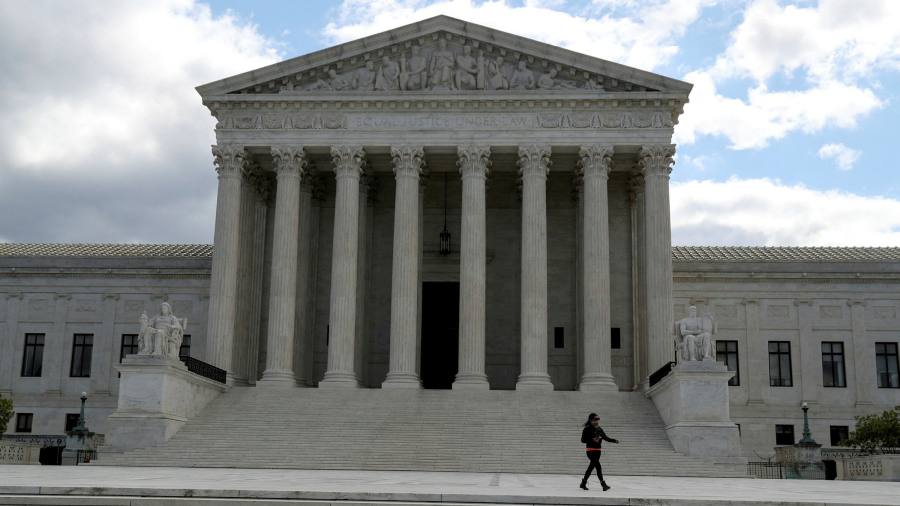 The Supreme Court on Monday narrowed the power of the Securities and Exchange Commission to claw back ill-gotten gains through federal lawsuits.

The court in a 8-1 decision said the US securities regulator could only obtain a sum reflecting the net profits of a scheme, not the total amount taken from investors.

The ruling came after a married couple pursued by the SEC for defrauding Chinese investors appealed a court ruling ordering them to pay back $26m.

“The court holds today that a disgorgement award that does not exceed a wrongdoer’s net profits and is awarded for victims is equitable relief permissible under [the law],” wrote Sonia Sotomayor, an appointee of Barack Obama, in the majority’s opinion.

The decision is the second in recent years to limit the SEC’s ability to seize money from accused fraudsters. In 2017, the court ruled that the regulator’s disgorgement powers were time-limited to five years.

Disgorgement is a tool the SEC uses to obtain billions of dollars each year, along with other penalties including fines. Under Jay Clayton, the SEC chairman since 2017, the regulator has made frequent use of the tool to seize the proceeds of Ponzi schemes and other frauds that target retail investors.

Though the SEC has internal administrative courts that are unaffected by the ruling on Monday, its authorities in federal court are important because the agency is unable to obtain injunctions against ongoing frauds through its internal processes.

The ruling on Monday stopped short of the more extensive relief requested by Charles Liu and Xin Wang, who had asked the Supreme Court to find that the SEC had no power at all to seek disgorgement.

The couple were sued in 2016 for defrauding Chinese investors in a scheme involving the EB-5 visa scheme, which allows foreign investors to reside in the US if they make qualifying capital investments.

The SEC alleged that they misappropriated much of the money, spending it on salaries and marketing materials, as well as diverting some to their own accounts and companies.

The district court ordered the couple to repay the full $27m they had raised from at least 50 Chinese investors, less a couple of hundred thousand that had not been spent. That decision was upheld by an appeals court.

On Monday, the Supreme Court sent the case back to the lower court for further proceedings to determine what legitimate business expenses might be deducted from the $27m disgorgement order.

The court also declined to rule on other questions about the SEC’s disgorgement power, such as whether funds had to go to investors, rather than the government, or whether orders that held others jointly liable were allowed.

An attorney for the couple said: “We’re pleased to see that the Supreme Court overturned the judgment against Mr Liu and Ms Wang awarding a judgment of gross revenues as ‘disgorgement’ to the SEC and clarified that traditional equitable principles limit the SEC’s authority only to seek an award of profits less legitimate business expenses (ie, net profits) for the benefit of victims.”

A SEC spokesperson said the court’s decision “allows us to continue to strip wrongdoers of their ill-gotten gains and return money to its rightful owners, following the court’s direction to ensure that our efforts embody principles of equity and fairness”.