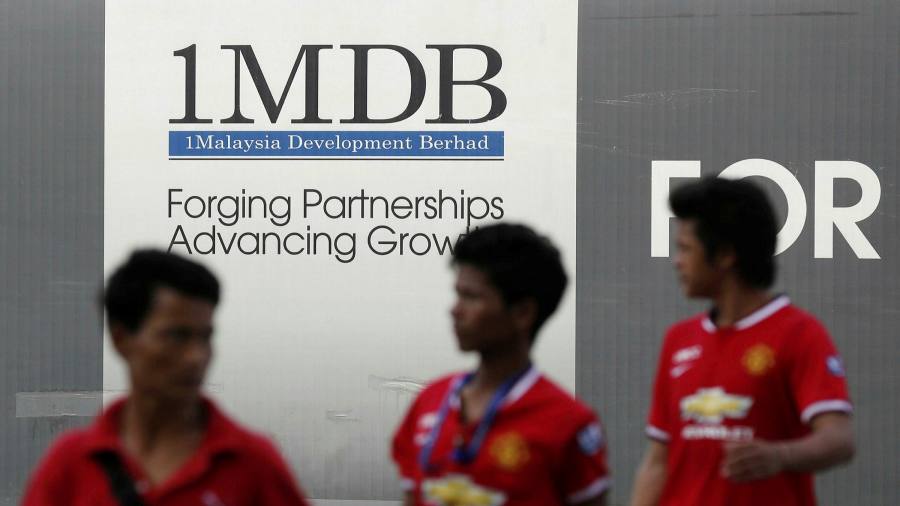 First there was a Vincent van Gogh and a Leonardo da Vinci. Now US prosecutors have turned their attention to art by Andy Warhol and Claude Monet as they continue their four-year-long pursuit of luxury assets bought with $4.5bn allegedly misappropriated from Malaysia’s 1MDB development fund.

The US justice department on Wednesday listed “artwork” by Warhol and Monet among the assets targeted in an attempt to recoup another $96m that prosecutors say is traceable to the 1MDB bribery and money-laundering scandal. The claims have led to the criminal prosecution of former Malaysian prime minister Najib Razak and continues to cast a shadow over Goldman Sachs, which helped to raise the money at issue.

The latest civil demand, brought before a federal court in California, indicates that US prosecutors have identified to date $1.8bn of assets they say were bought with plundered money, including the Van Gogh and da Vinci art detailed in an civil action back in 2017. The Department of Justice says it has already recovered, or helped the Malaysian authorities to recover, $1.1bn.

“The complaint filed today seeks to forfeit a range of luxury items — including real estate in Paris, artwork by Monet, Warhol and [Jean-Michel] Basquiat, and international bank accounts — all of which were allegedly acquired with funds stolen from Malaysia’s sovereign wealth fund,” said Brian Benczkowski, assistant attorney-general of the justice department’s criminal division.

Don Fort, chief of the Internal Revenue Service’s criminal investigation unit, said Wednesday’s action would “return an extraordinary sum of money to the people of Malaysia where it belongs and where it can finally be used for its original intended purpose — to improve the lives of everyday Malaysians”.

The US sent $300m of recovered funds to the Kuala Lumpur authorities in April, bringing total repatriations to $620m.

Prosecutors alleged the latest $96m of assets can be traced to money that was raised for 1MDB in bond sales over 2012 and 2013, and was intended to be used to invest in green energy and tourism for the Asian country.

Instead much of the $6.5bn disappeared in a money laundering and bribery scandal that rocked the country and Goldman Sachs, whose bankers were implicated in the deal and which is itself being investigated by the DoJ and Malaysian authorities.

One former Goldman Sachs partner, Tim Leissner, has already pleaded guilty to participating in the scheme. A more junior banker, Roger Ng, is awaiting trial in the US. A third, Goldman’s former co-head of investment banking for Asia ex-Japan, Andrea Vella, was permanently banned from the US banking industry.

A verdict in the trial of Mr Najib is due on July 28.