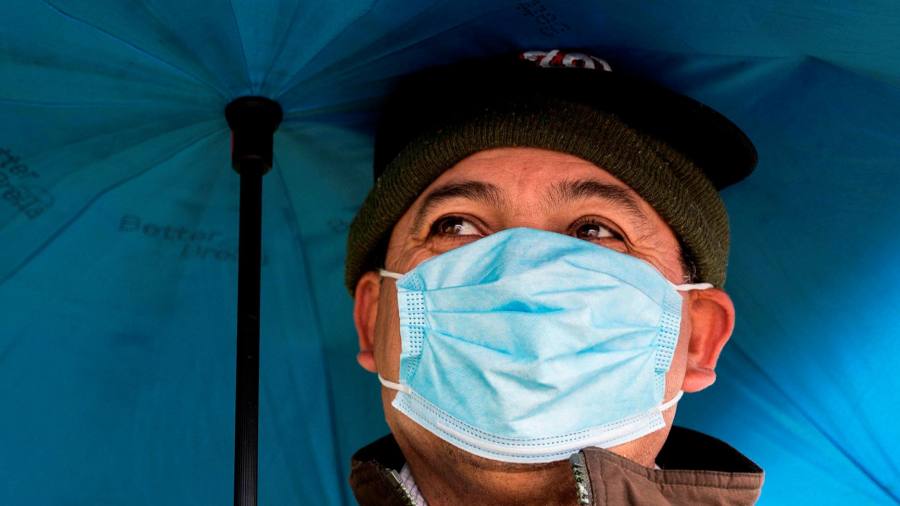 The number of initial jobless claims fell to almost 3.2m in the week ended May 2, the US labour department said on Thursday, down from 3.85m the previous week. That compared with economists’ expectations for 3m.

The report showed California processed the largest number of claims at 318,064, according to preliminary state-level estimates that have not been seasonally adjusted.

While the number of jobless claims dipped for the fifth consecutive week, the overall level remains elevated and economists have questioned whether backlogs at state unemployment offices are understating the depths of the hit to the US labour market.

The data come ahead of Friday’s non-farm payroll report, which is expected to show the US economy shed a record 21m jobs and the unemployment rate surged to 16 per cent in April.

The pandemic brought an end to the longest US economic expansion on record with GDP contracting at the sharpest pace since 2008 in the first three months of the year, with the effects of the lockdowns and social-distancing only really being felt in the second half of March.

Congress passed four large spending packages since the outbreak, including loans for small businesses and stimulus relief cheques for American taxpayers to see them through the lockdowns.

The US coronavirus death toll has surpassed 67,000 but the number of fatalities has shown signs of stabilising, its third-highest daily tally. However, hopes are growing that with a gradual reopening of the economy furloughed workers will return to their jobs and those that were laid off will find new employment.