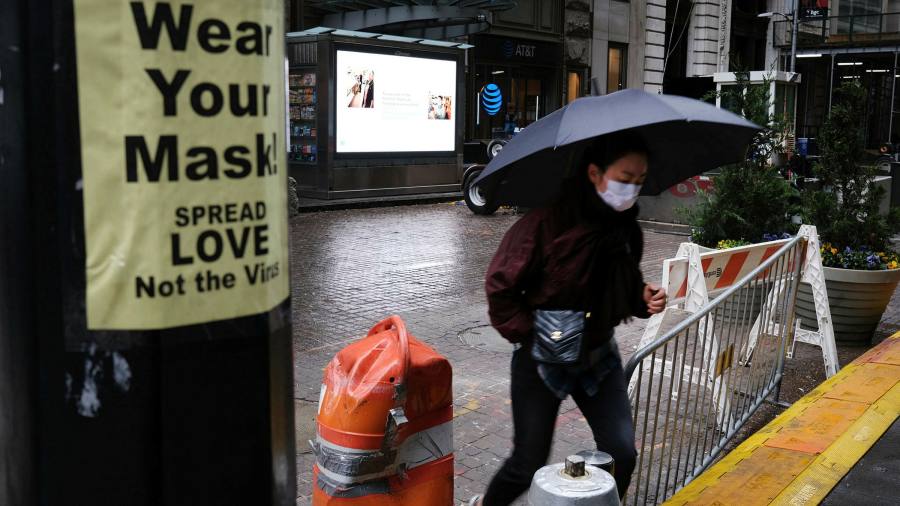 The US economy grew in the third quarter at its fastest pace in postwar history as activity bounced back from coronavirus lockdowns, although output has yet to return to pre-pandemic levels.

The jump in gross domestic product was worth 33.1 per cent on an annualised basis — the measure used by the US commerce department’s Bureau of Economic Analysis. Economic output rose by 7.4 per cent compared with the previous quarter, the metric used by many other advanced economies to calculate GDP.

The data released on Thursday comes just days ahead of the US presidential election, offering an opportunity for Donald Trump to tout the US economic recovery in his final pitch to voters. He is facing an uphill battle to win a second term against Joe Biden, the Democratic challenger.

But the improvement between July and September, which was stronger than had been expected earlier in the year, masks concerns that the US economic rebound is slowing down again as the disease surges and the effects of fiscal stimulus fade. The recovery has so far been incomplete and uneven, with 10.7m fewer Americans employed in September compared with February, before the coronavirus began spreading across the country.

Mr Trump and his top officials have been trying to talk up the GDP data ahead of its release, knowing that it was very likely to exceed the previous record of 16.7 per cent annualised growth recorded in 1950. The data showed a surge in consumption, particularly on durable goods, as well as investment, particularly on equipment, as businesses and households began to spend money again after a challenging first half of the year.

But Mr Biden’s campaign dismissed overly optimistic declarations from the president about the data even before it was published.

“Trump’s ‘mission accomplished’ rhetoric does not capture the true direction or state of the US economy. Most important, the American people will see through the sham, because they are living with the economic consequences of the president’s failures,” Kate Bedingfield, Mr Biden’s deputy campaign manager, wrote in a memo sent to reporters on Wednesday.