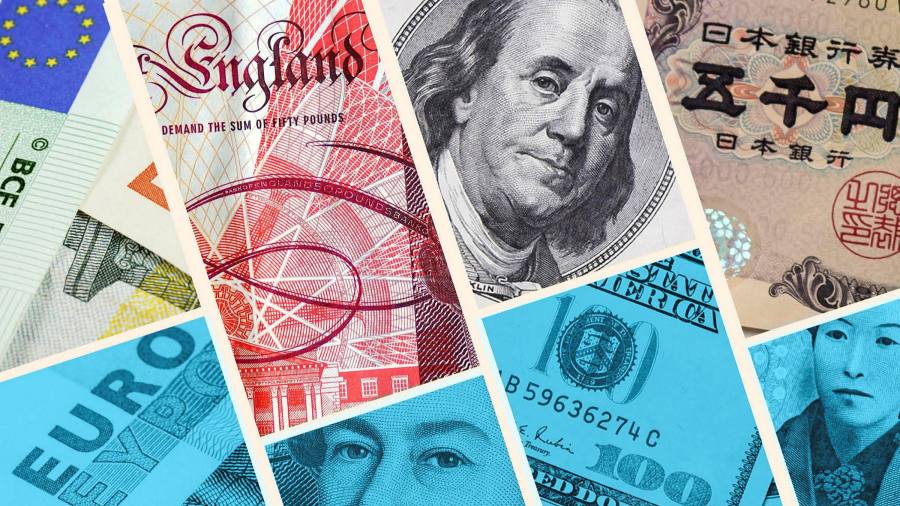 The US dollar has tumbled the most in a decade this month, propelling sterling and the euro sharply higher, on questions over the recovery of the world’s biggest economy and growing political uncertainty.

The greenback weakened 0.4 per cent against a basket of its trading peers by mid-morning in Europe. The greenback has shed 4.9 per cent in July, its worst monthly sell-off since September 2010.

Other currencies made gains as the dollar slipped. The euro rose 0.3 per cent against the US currency to $1.1886, its highest level in two years, while the pound gained by the same amount to trade above $1.31. Japan’s yen rose 0.3 per cent to ¥104.43 per dollar, a more than four-month high.

The dollar’s tumble has intensified this week with traders anxious over the economic recovery in the US, after a historic fall in output this spring, as large swaths of the country contend with serious coronavirus outbreaks.

Early signs of improvement in other portions of the global economy along with US “political considerations” could place further pressure on the buck, said Allison Nathan, a strategist at Goldman Sachs.

Supriya Menon, multi-asset strategist at Pictet Asset Management, added that the narrowing gap between interest rates — and potentially economic growth rates too — in the US and the rest of the world has contributed to the dollar’s declines.

“There are other short-term factors weighing on the dollar. The US election is one. The worsening infection rates are another,” she said.

The yield on US 10-year Treasuries slipped slightly to just below 0.54 per cent, leaving it trading near all-time lows. Analysts at Tradeweb noted that the entire US Treasury yield curve is now close to being below 1 per cent.

Analysts and investors have said the decline in Treasury yields, which signals a rise in prices, has come as a result of a subdued outlook for the economy and expectations for further stimulus from the Federal Reserve.

Gold was up 1.5 per cent to $1,970 per troy ounce. It has soared 11 per cent in July as investors have been faced with negative returns, when adjusted for inflation, on other ‘haven’ assets like Treasuries and German and Japanese government debt.

European equities had a muted opening on Friday with the continent-wide Euro Stoxx 600 flat and London’s FTSE 100 down 0.1 per cent.

The CSI 300 index of Shanghai- and Shenzhen-listed stocks was flat after rising by 1.5 per cent in morning trading. Hong Kong’s Hang Seng was 0.2 per cent higher.

However, analysts cautioned that China’s economic recovery from Covid-19 could soon lose momentum.

“The current rapid pace of recovery is likely to slow in the coming months as the initial boost from reopening businesses fades,” said Julian Evans-Pritchard, senior China economist at Capital Economics.

Oil prices edged higher after a sell-off prompted by fears that demand for crude could be weakening. Brent, the international benchmark, rose 0.5 per cent to $43.14 per barrel, while US marker West Texas Intermediate rose by the same degree to $40.11.