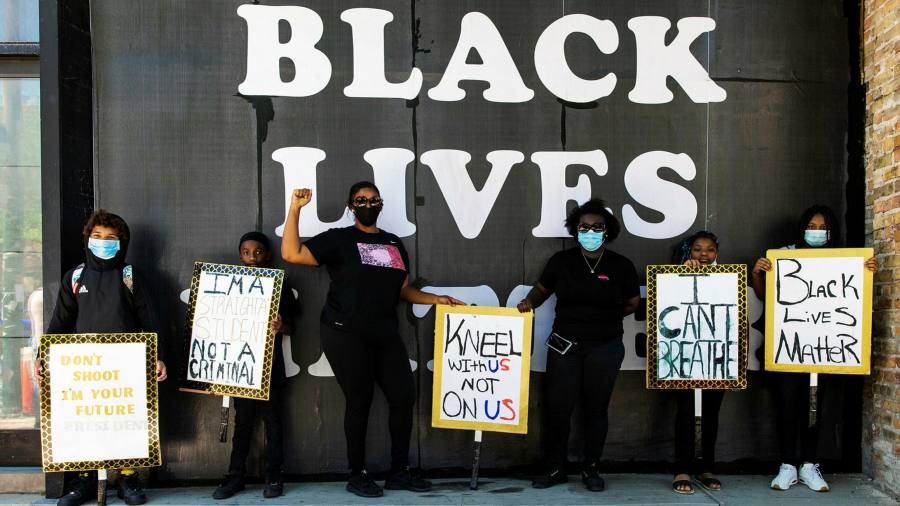 US civil rights groups have received a surge of corporate donations since Minneapolis police killed George Floyd, transforming the fortunes of some of the organisations hit hardest by the Covid-19 crisis.

A Financial Times review of statements from US companies found more than $450m in pledges to groups focused on social and racial justice, which typically depend more on individual donations, often from people in disadvantaged communities.

Jacob Harold, executive vice-president of Candid, which studies non-profits and foundations, said it had tracked $232m in donations to racial equity groups since Floyd’s death — almost as much as they receive in a typical year.

The influx has come as the Covid-19 pandemic has plunged charities into crisis. After a decade of growth, many have seen donations collapse, their investments shaken and demand for their services soar. Half have less than six months of cash, said Mr Harold.

The Center for Effective Philanthropy will report on Monday that 80 per cent of non-profits have tapped or expect to tap their reserves and those working on racial equality have been particularly affected.

“This comes at a time when so many non-profit, especially those working with marginalised and vulnerable communities including communities of colour are absolutely reeling,” said Phil Buchanan, CEP president.

“In the business world revenues go up and down as demand goes up and down, but if you’re a frontline non-profit working with a vulnerable population, your demand increases in this crisis as your revenue decreases,” he noted.

Rick Cohen, chief operating officer of the National Council of Nonprofits, said charitable groups had been “hit from all angles”, with fundraisers cancelled and gifts drying up as unemployment leapt. Organisations focused on civil rights, racial equality and bail bonds were seeing “astronomical demand”, he added.

Beyond larger civil rights organisations, such as Black Lives Matter and the NAACP, the giving has filtered down to smaller groups, who said they had seen a huge spike in online donations as well as offers of corporate money and partnerships.

The Black Voters Matter Fund raised more than $200,000 in a week, raking in roughly 500 times its typical number of daily contributions. “We’re still wrapping our heads around it,” said Alexis Buchanan, its development manager.

“As a racial justice organisation that’s led by a black woman, we don’t typically have the same access to philanthropy,” said Andi Ryder, its managing director of development.

Ms Buchanan said Black Voters Matters was not afraid to turn down cheques.

“We are very discerning with who we want to partner with,” she said. “You will find in this kind of crisis you do have corporations who want to jump on the bandwagon” or are “looking for a photo-op”, she said.

There was “reason for healthy scepticism” about companies’ motives, CEP’s Mr Buchanan said: “Often there’s a significant public relations angle to what is being committed.”

Non-profits’ need to partner with companies committed to their missions has prompted some to stick with established partners.

“It’s much harder for us to engage with a company that we’ve only heard from today,” said David Johns, executive director of the National Black Justice Coalition, which has worked with Sephora and Walmart.

The National Coalition on Black Civic Participation received a $1m-plus grant from Verizon — a company that has spoken out on criminal justice issues in the past — and is in talks with three or four others, said Melanie Campbell, its president. Companies also needed to provide “practical day-to-day support to families to get through these crises we’re in,” she said.

A Morning Consult poll last week found strong public backing for companies donating to social justice causes, but while there was a net 36 per cent support among black adults, the net approval among white adults was half that level.

The recipients of such funds also run risks, according to NCN’s Mr Cohen, who said that windfalls could both enhance an organisation’s capacity and increase pressure on it to spend the money quickly rather than pace their spending for a long fight against entrenched challenges.

US companies’ philanthropic response to public uproar over racist policing still pales in comparison with the $11bn they have committed to the Covid-19 crisis, Candid’s Mr Harold said, and chief executives are being told that more will be expected than donations alone.

Darren Walker, president of the Ford Foundation, told CNBC that just writing cheques “is not going to work this time because more is going to be demanded of corporations”, noting rising pressure for chief executives to support tangible policy changes.

Doug McMillon, chief executive of Walmart and chairman of the Business Roundtable lobbying group in Washington, said companies should look for “leverage points” where they could shape policy.

“Charitable giving is important,” he told CNBC, “but that’s not enough and this conversation’s got to be longer term and more lasting.”