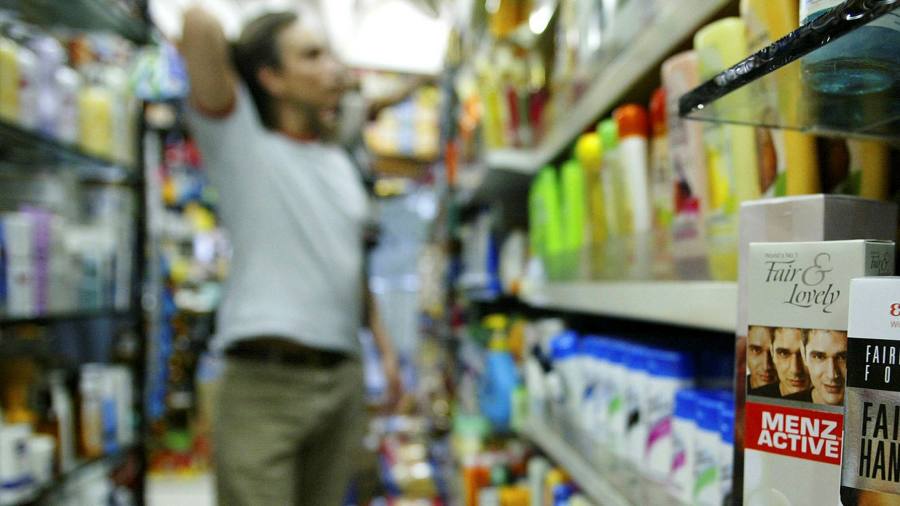 Unilever is to change the name of its Fair & Lovely skin lightening cream, one of India’s most popular skincare products, becoming the latest multinational to alter product ranges under pressure over racial stereotyping.

The move to rebrand the 45-year-old product follows a decision by rival Johnson & Johnson last week to stop selling skin-lightening lotions as part of its Neutrogena and Clean & Clear ranges.

Such products are popular across Asia and the Middle East but have long faced criticism over their implicit message that light skin is preferable to darker tones. That pressure has intensified amid the global antiracism protests sparked by the police killing of US black man George Floyd.

Unilever, one of the world’s largest consumer goods companies, said on Thursday that it would unveil a new brand name for Fair & Lovely “in the next few months”. Fair & Lovely makes more than $500m a year for the company in India alone.

Sunny Jain, president of the Anglo-Dutch company’s beauty and personal care division, said: “We recognise that the use of the words ‘fair’, ‘white’ and ‘light’ suggest a singular ideal of beauty that we don’t think is right, and we want to address this.” He said the brand had been “progressively moving to a more inclusive vision of beauty that celebrates skin glow”.

Dozens of petitions have sprung up on the Change.org website in recent weeks against the product, with one, started by a former Unilever employee, racking up more than 13,000 signatures.

India has long been obsessed with fair skin, traditionally viewed as an essential component of beauty. Fair & Lovely reinforced that Indian stereotype, tantalising women with the prospect that they could lighten their skin by several shades through diligent use of the product.

The company’s advertising also suggested that a lighter skin tone would translate to other rewards for women, including desirable husbands and the job of their dreams.

India has had a boom in the whitening cream market over the past several decades, when many other global brands launched products to compete with Fair & Lovely.

But such products have faced a growing backlash from Indian women’s activists, who said the constant emphasis on the importance of fair skin damages the confidence of women who do not have it.

Bollywood actress Nandita Das was the face of a social campaign called “Dark is Beautiful” run by a Chennai-based organisation, Women of Worth.

More recently, Bollywood actresses who spoke out in solidarity with the Black Lives Matter movement were accused of hypocrisy for promoting “colourism” in India with their own lucrative contracts to endorse skin whitening creams.

Padma Lakshmi, the US-based, Indian-origin actress and television personality, also lashed out at Fair & Lovely, writing on Instagram this month that she was “sick and tired of being told that fair = lovely . . . I’ve been hearing that crap since my girlhood and it did a number on my self-esteem.”

“We need to dismantle this harmful relic of colonialism through representation for all skin tones,” she wrote.

Several consumer goods groups have pledged to change brands in recent weeks under pressure over racism and stereotyping. PepsiCo will scrap its Aunt Jemima baking ingredients label and Nestle will no longer offer its Australian confectionery brands Red Skins and Chicos.

Unilever said it had already changed the marketing of Fair & Lovely, removing before-and-after images and moving towards a message of “women empowerment”.

It said the product was made from a “combination of vitamin B3, glycerine, UVA and UVB sunscreens. This was a much-needed move from harmful chemicals like mercury and bleach, which consumers were using”.