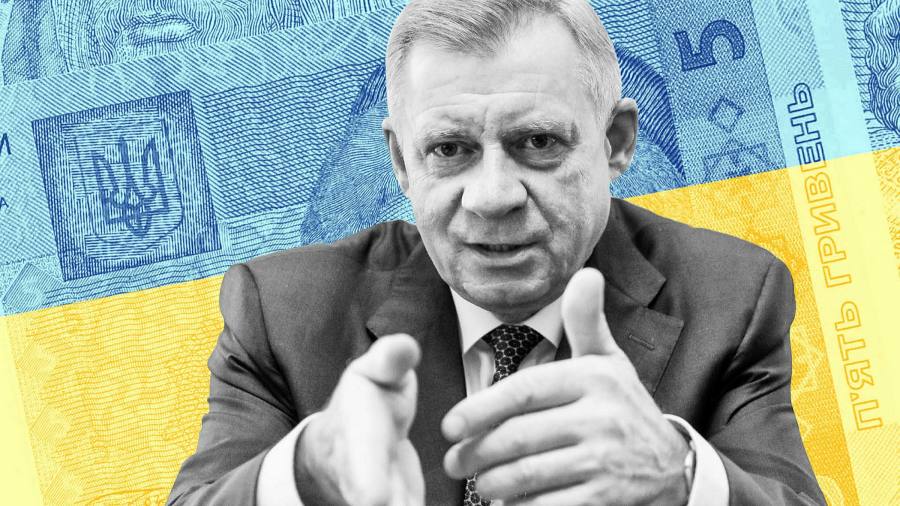 Ukraine has cancelled a bond sale hours after the country’s central bank chief Yakiv Smolii announced his resignation due to “systematic political pressure” that he said threatened the institution’s independence.

Mr Smolii’s departure, a setback for President Volodymyr Zelensky, could jeopardise a recently agreed IMF bailout that is vital to seeing the country through the coronavirus crisis.

Kyiv had hoped to take advantage of positive sentiment in the sovereign bond market following the fund’s approval last month of a $5bn, 18-month loan — conditional on preserving central bank independence and delivering reforms in the banking sector and elsewhere. The $1.75bn sale of 12-year debt priced at 7.3 per cent on Wednesday, before being scrapped on Thursday morning.

“We were all waiting for our allocations and then [the resignation] came out of the blue,” said Uday Patnaik, head of emerging market fixed income at Legal & General Investment Management.

The resignation could damp appetite for Ukrainian debt with EM investors, who have snapped up the country’s bonds over the past year as Kyiv announced market-friendly reforms. Ukraine’s dollar bonds fell by about 2 cents on the dollar on Thursday.

“Ukraine has been a consensus overweight position for EM investors,” Mr Patnaik said. “If Zelensky doesn’t appoint someone the markets believe will be independent, things could get ugly pretty quickly.”

Timothy Ash, an analyst at BlueBay Asset Management, said the decision by Ukraine’s finance ministry to cancel the placement due to the political crisis “shows its good faith”.

“I think if things calm down at the National Bank of Ukraine, then they can return to the market, and hopefully price this relatively cheaply again,” he added in a note to investors.

In a statement overnight aimed at calming traders’ concerns, Mr Zelensky’s office said: “Ensuring the independence of the National Bank of Ukraine remains our unconditional priority, as the president of Ukraine has repeatedly stated.” The central bank’s board would “continue its activities on the basis of independence and professionalism”, it said.

A spokesperson for the IMF said the independence of the bank was “at the centre” of its economic support programme, and “must be maintained under his [Mr Smolii’s] successor”. Under his leadership, the IMF said, “Ukraine has made important strides in achieving price stability, amply demonstrating that an independent central bank is a key element of modern macroeconomic policymaking.”

Announcing his resignation late on Wednesday, Mr Smolii wrote in a tweet: “This decision has been taken as an answer to systematic political pressure that denied fulfilment of my duties as the governor. Let it be a warning for attempts to undermine institutional independence of the central bank.”

In a statement responding to his departure, ambassadors in Kyiv representing Ukraine’s G7 allies said that undermining the central bank “would be a big step back and jeopardise the credibility of and support for Ukraine’s reforms”.

Ukraine’s central bank has been under constant pressure since Mr Zelensky, a former comedian, was elected president last year by riding a wave of anti-establishment voter sentiment.

His presidential campaign was backed by Igor Kolomoisky, an oligarch who has challenged in the courts the 2016 nationalisation of PrivatBank. The commercial lender, which Mr Kolomoisky previously owned together with partners, was taken into public hands after the central bank identified a $5.5bn hole in its balance sheet.