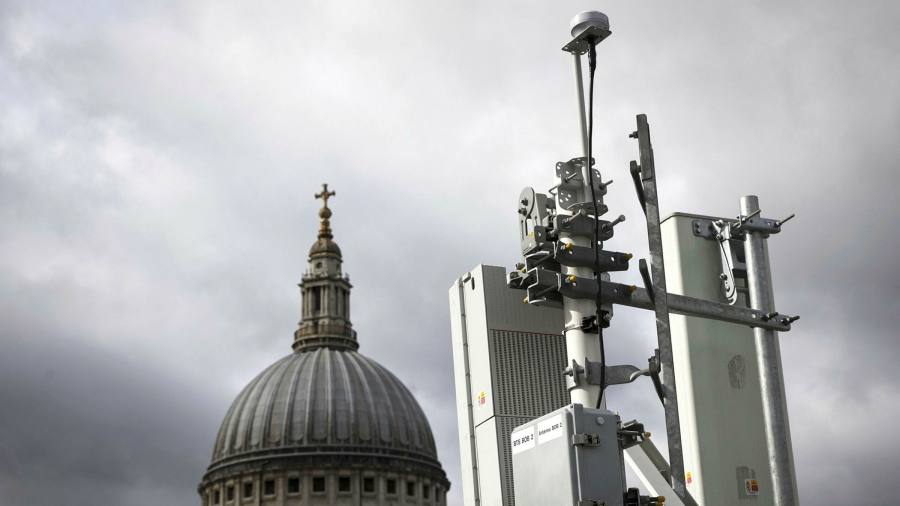 Boris Johnson is drawing up plans to force a full phase out of Huawei from Britain’s 5G networks within three years, government officials have confirmed.

Downing Street has been under pressure from senior Tory MPs to ensure that UK’s telecoms networks — including 5G mobile phone infrastructure — do not contain equipment from the Chinese company beyond 2023 because they believe this could compromise national security.

Mr Johnson in January granted the Chinese telecoms equipment maker a limited role in supplying kit for the UK’s 5G networks, while confining Huawei’s market share to 35 per cent. The rules also banned the use of the Chinese company’s equipment in the critical core of mobile networks where data is stored and routed.

In March the government only narrowly defeated a Tory rebel amendment designed to ban Huawei from UK networks completely — after 36 of its MPs rebelled and 22 abstained.

Now the prime minister has instructed officials to tighten restrictions on the involvement of the Chinese company in the new system to zero by 2023, according to a report in the Daily Telegraph which officials have confirmed. The newspaper reported that Mr Johnson always had “serious concerns” about the 5G agreement, initially brokered by his predecessor Theresa May, and now wanted it to be “significantly scaled back”.

One official told the FT that circumstances had changed in recent months: “The landscape is different and it’s right that we re-examine this immediately.”

Mr Johnson is under pressure from Tory MPs to reset relations with Beijing after the coronavirus pandemic which originated in Wuhan, amid accusations that the Chinese government did not disclose the initial scale of the infection.

Donald Trump, the US president, made clear his displeasure at Mr Johnson’s decision to press ahead with the Huawei deal — albeit in a scaled-back form — in January. Mr Trump threatened to restrict the UK’s access to the Five Eyes intelligence system.

EE, Vodafone and Three use Huawei equipment in their 5G networks. Switching to a rival supplier such as Ericsson or Nokia would slow down the roll out and add costs for companies that need to replace Huawei equipment. BT has estimated that the cost of complying with the 35 per cent cap would be £500m.

Telecoms Executives are frustrated that despite an 18-month review and the imposition of limits on the use of Huawei equipment that the issue is still being debated politically. One said that a 2023 timeline was “too aggressive” for a full phase out, raising the issue of how such a switch out would be paid for.

The telecoms industry has warned that a full ban on Huawei equipment would undermine the prime minister’s election pledge to deliver gigabit-speed broadband to the entire country by 2025.

Mr Johnson signalled last week that he would accelerate long-expected legislation which will expand the number of foreign deals that are called in by the takeover authorities. He is also stepping up plans to make the UK more self-sufficient in products such as personal protective equipment.

Tory MPs have been planning a renewed guerrilla strike against the government’s Huawei policy this summer.

David Davis, the former home secretary, said the rebels would try in the coming weeks to block Huawei if the government did not do so itself.

“This bill may give us a chance to bring Huawei’s role in the network from 35 per cent to zero,” he said. “If the government doesn’t put it in, it would be hard-pressed to prevent someone else putting an amendment in.”

Critical MPs could alternatively seek to amend an imminent Telecoms Security Bill in the early summer, according to Tory MP Bob Seely. A third potential battlefield is the Telecoms Infrastructure Bill, which — although it has cleared the Commons — will face rebel amendments in the Lords.

“There is a growing consensus over China, to want trade but to have no illusions,” said Mr Seely. “We can want trade but we want fair trade, not intellectual property theft and espionage.”

Mr Davis said the coronavirus crisis had changed the political weather significantly. “The Huawei policy may have been arguable pre-corona but I don’t think it is any more, that may not be rational but the zeitgeist has changed.”