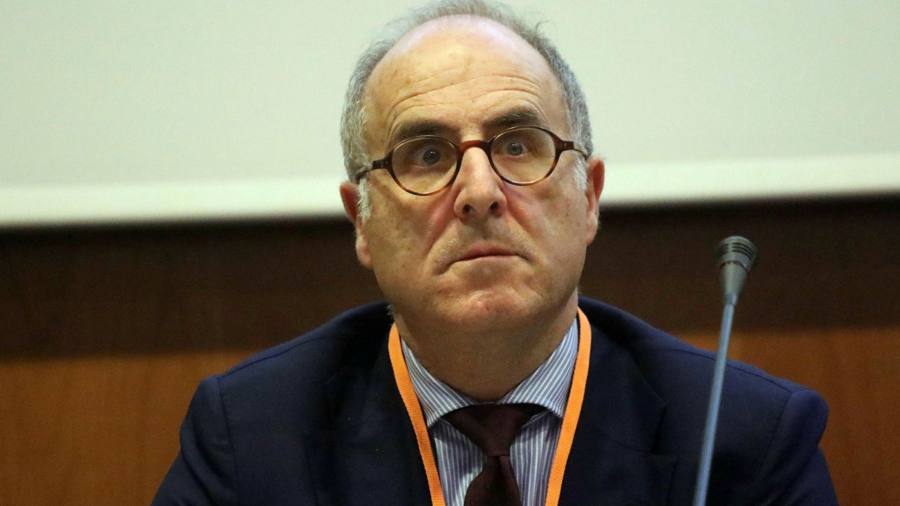 The chief executive of UBI Banca has vowed to be a buyer rather than a seller in the consolidation of Italy’s fragmented banking sector, dismissing a takeover bid by the country’s largest bank Intesa Sanpaolo as anti-competitive.

“I understand that in certain countries it is desirable that large banks buy out smaller peers but . . . while Spain, France or the UK have several large banks, Italy only has one,” Victor Massiah told the Financial Times. “The takeover would create a kind of monopoly and I don’t think it’s appropriate.”

Earlier this month UBI rejected the all-share offer by Intesa, which was valued at €4.9bn when it was first announced in February, and has since dropped to €3.5bn amid the fallout from the coronavirus pandemic. It said the offer was too low and the conditions detrimental to shareholders.

Italy’s antitrust regulator has already raised competition concerns in a preliminary verdict. Intesa sought to allay these by committing to sell more branches of the combined entity.

Some analysts are sceptical UBI will achieve this pledge because the bank had failed to take the initiative on multiple occasions before Intesa made its hostile takeover bid.

Mr Massiah said that such criticism failed to take into account new guidance that was issued by the European Central Bank earlier this month. This clarifies takeover rules in terms of capital requirements; badwill, which occurs when a company purchases an asset or another company at less than its net fair market value; and the use of internal models. It was drafted to spur consolidation.

“If UBI will continue being independent, [acquisition proposals] will be finalised by the end of this year,” he said.

In the past, some banks, including UBI, have said that the ECB’s stringent requirements were the main reason they held off dealmaking. “Our priority was to protect our shareholders and minimise capital increases,” said Mr Massiah.

UBI has also said it will return €840m of excess capital to shareholders during the next three years, a target seen as aggressive by analysts. “Our philosophy has always been to hold [cash] reserves . . . we had the responsibility to make shareholders aware [of the opportunity they would miss out on] if they opt to tender their shares [to Intesa],” said Mr Massiah.

Anna-Maria Benassi, a Kepler Cheuvreux analyst, said there was “upside” for UBI shareholders in accepting Intesa’s offer, and suggested “downside” if the bank remained a standalone entity, as well as “an uncertain outcome from alternative M&A”.

UBI is highly exposed to Lombardy, the Italian region worst hit by coronavirus. At the height of the pandemic it sought to trigger a material adverse change (MAC) clause to kill the proposed deal.

“We wrote to the board to ask whether they were going to trigger the MAC due to Covid-19,” said Mr Massiah. “They replied that it wasn’t the moment to discuss it. Buying time is not part of the rules of the game.”