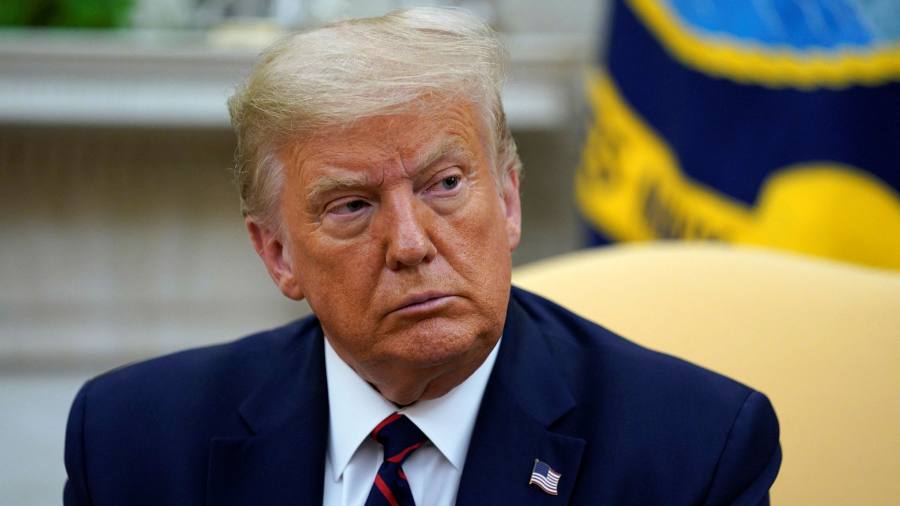 Donald Trump on Thursday raised the possibility that the upcoming US presidential election in November should be postponed.

In a tweet, he said greater use of postal ballots would lead to widespread fraud in the November 3 vote — polls show him trailing Joe Biden, his Democratic challenger — and said: “Delay the Election until people can properly, securely and safely vote???”

The comments drew immediate criticism, including from Republican leaders in Congress, while legal experts said Mr Trump had no authority to change the date of the election.

Here are some of the key points in the argument against a delay:

Who decides when Americans vote?

The 12th amendment of the US constitution clearly places responsibility for choosing the date of the presidential election in the hands of Congress. Ever since 1845, when lawmakers passed the Presidential Election Day Act, that date has been “the Tuesday after the first Monday in November”.

Rodney Davis, the Illinois representative who is the ranking Republican on the House administration committee, which has oversight of federal elections, nodded to this statute in a public rejection of Mr Trump’s comments on Thursday.

“There will be no delay in the #2020 Election. Congress sets the election date, and it should not be changed. It will be held on November 3, as planned and required by law,” he tweeted.

What authority does the president have to change the date?

He has no lawful authority, even in an emergency. The US constitution does not grant the president general “police” powers. Instead, these are reserved with the states. That is why during the coronavirus pandemic, the federal government has issued guidelines, while states, cities and other localities have been able to impose mandatory stay-at-home orders.

A 2004 congressional research paper addressed this question directly. “The executive branch does not appear to currently have the authority to establish or postpone the dates of elections at either the federal or state level in the event of an emergency situation,” it said.

Fred Wertheimer, president of Democracy 21, a non-profit group that campaigns for campaign finance reform, said: “He has no authority. The election date was set by Congress. He would have to get Congress to change the election date, and that’s not going to happen.”

Does that mean Mr Trump can do nothing?

Not quite. For a start, he can call into question the legitimacy of the vote through his public statements. As Mr Trump has slid in the polls, he has issued repeated and unsubstantiated warnings about voter fraud.

With the help of state Republican officials, he can try to make it harder for people to vote. Voter suppression is certainly not a novel phenomenon in US politics. And he can attempt to challenge the results of the votes in each state after the polls close.

The 2000 US presidential sparked a historic legal dispute over the counting of votes in Florida that ended with the Supreme Court effectively handing the election to George W Bush.

Ultimately, the US constitution requires that Mr Trump’s term in office ends “at noon on the 20th day of January” if he has not won the election.

“It will be resolved before then,” said Joseph Sandler, a former general counsel of the Democratic National Committee. “Someone will ask the Supreme Court to resolve it, and they will.”