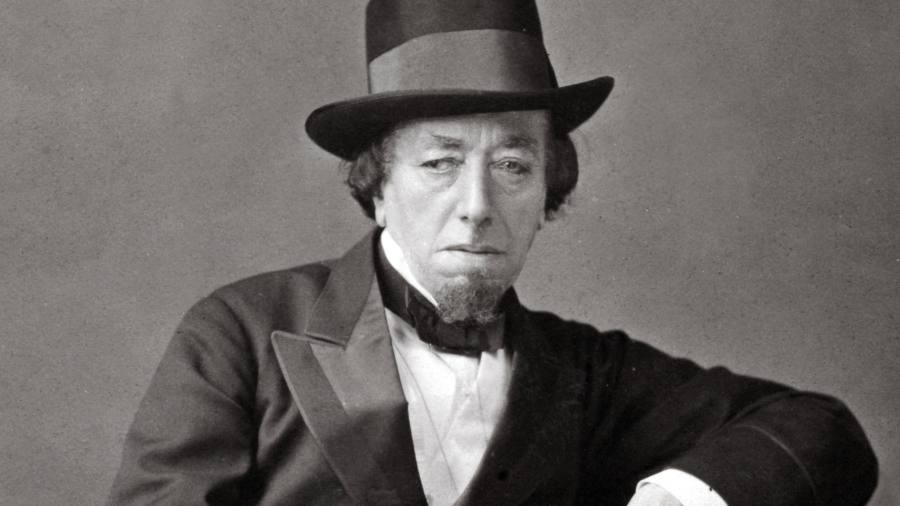 Benjamin Disraeli wrote in praise of “Tory men and Whig measures”. Almost a century and a half since he was Britain’s premier, that mix remains the surest way to electoral glory, and not just there. It is, come to think of it, a serviceable definition of populism.

Lots of Americans admire the left’s economic “measures” more than the cultural instincts of its leaders. A conservative who offers the first without the second stands to prise them away from the Democrats.

The oddity is not that Donald Trump intuited as much in 2016. It is that no other Republican had got there first. It is too late for the US president to have a good crisis. He cannot go back to January and take Covid-19 with due seriousness. What there is still time for — just — is the most lavish possible mitigation of the economic effects. What there is still time for is a Republican man and Democratic measures.

Counting on a V-shaped bounce in employment is no kind of strategy. It is neither certain to happen by November nor sure to benefit the president if it does. As for his screeds against China, his curbs on immigration, he already has America Firsters sewn up. The point is to reach beyond them to voters who shop around for their presidents.

As his standing deteriorates, then, Mr Trump has one hope. He must “own” the fiscal effort to save the economy. This means demanding another bill to that end — Congress passed the first in April — and skewing it to households over business. It means rivalling Joe Biden’s Democrats for federal largesse and not fretting about moral hazard. The president must spend his way to re-election.

There is a myth that Americans are a uniquely rugged lot, itching to take their chances in the market. It was a quaint enough view before the pandemic, when Medicare and Social Security were vastly popular. It is positively cloth-eared now.

Some 79 per cent of voters approved of the March relief package, the third aid bill passed by Congress, even when pollsters spelt out the $2tn cost. Also, 59 per cent of voters wanted another. And this is before the scale of US unemployment became a matter of distressing record.

As for the restoration of normality, most Americans worry instead about the premature opening of schools, colleges and businesses. If there is a silent majority of bravehearts out there, their silence extends to anonymous surveys.

Mr Trump’s biggest problem is not, as he seems to think, the recession itself. Voters know that it occurred in once-in-a-century circumstances, across the world. What they will punish is any foot-dragging over the relief effort.

Congressional Republicans are open to more aid but in unspecified form and in no great rush. A “leftwing wish list” is how Mitch McConnell, the Senate majority leader, describes the bill that passed the House of Representatives this month. Some want to graft on cuts to welfare or play hardball with states. Yet others are just awaiting direction from an inscrutable White House.

The more this drags on, the less voters can predict Republican behaviour in the future. The next four years could bring a new virus-enforced lockdown, or at least a glacial recovery from this one.

In the first case, there will have to be another round of relief as people stay home. The second might call for a stimulus to get things going. Either way, active government will be essential. A party that shows doctrinal qualms about it, in a country that can borrow almost without limit, will have trouble justifying itself.

By November, Mr Trump’s slowness to confront the virus will be a historical matter. The key events will be almost a year old. He can already point to similar dereliction in the UK and elsewhere. It is not that voters will excuse him, as such, especially not if he fumbles again. But they will prioritise the future. They will seek out the likeliest protector of their livelihoods in what is an open-ended crisis of growth and employment. To win, the president has to achieve at least parity with Mr Biden on this score.

If this entailed the invention from scratch of a new political identity, it would not be worth floating. After all, 73-year-old men tend not to change. But he just has to live up to his campaign of 2016. Having run against the kind of free-marketeers who refer to “human capital stock”, the president has governed in their image.

The infrastructure splurge never came, but a high-income tax cut did. A war on Obamacare unnerved voters in time for the midterm elections. No industry lobbyist could have asked for more deregulation.

Before the pandemic, Mr Trump had seemed to run out of time and opportunities to redeem the promise of four years ago. He now has one more chance. Disraeli would not have balked at the price tag.