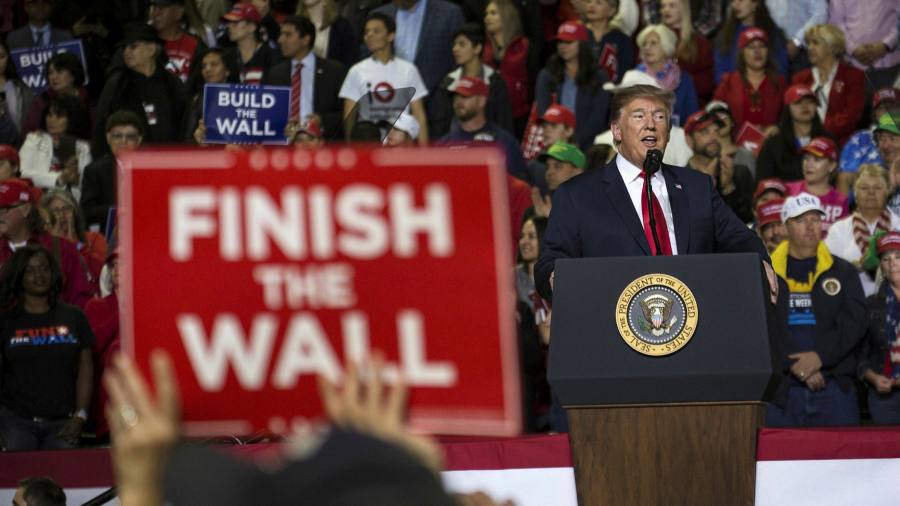 Donald Trump has introduced more sweeping restrictions on immigration that will affect everyone from green card applicants to scientists, doctors and au pairs who were hoping to come to the US.

The president said the visa restrictions would remain in place until the end of the year.

But in the executive order that outlined the measures on Monday, Mr Trump said they “may be continued as necessary”.

Why has Trump taken this action?

In his executive order, Mr Trump said that admitting more green card holders and temporary workers posed an economic threat to American workers. One of his officials told reporters that the restrictions would create job opportunities for more than half a million American citizens.

Critics are sceptical. Many business groups say it will hurt the US economy by making it harder to attract talent. Some political experts view the move as an effort to revive the anti-immigration platform that Mr Trump ran on in 2016.

Stephen Miller, a top White House aide and immigration hardliner, has long pushed Mr Trump to take actions that would make it harder for foreign nationals to come to the US to work and study.

Which categories of visas are affected?

The executive order extends until at least December 31 a previous “pause” on the issuance of new green cards, which grant permanent residency.

It will also affect the issuance of new non-immigrant temporary work visas in several categories that had not been affected in April when Mr Trump unveiled his initial order:

H-1B: visas granted to skilled workers, used particularly to bring in technology specialists from India, China and other countries;

H-4: a visa granted to the spouses of H-1B holders for the same period of time;

H-2B: granted to seasonal workers outside the agricultural sector, such as landscaping and forestry. Workers connected to the food supply chain are exempt;

J: granted for cultural and educational exchanges to students and researchers and typically used by au pairs;

L: granted to executives transferring from a position abroad with the same employer.

One category not affected is the Optional Practical Training visa that allows foreign students to stay on and work in the US in their field of study for up to a year after graduation.

How many people are likely to be affected?

It is not entirely clear. According to the state department, the US issued more than 842,000 of the now-restricted visas in 2019, but that total includes a certain number of visa renewals. A US official told reporters on Monday that the latest restrictions would provide 525,000 jobs for Americans.

Do the restrictions affect people already in the US? What about visa renewals?

Almost certainly not. They only apply to people who are currently outside the US. They will not impact foreigners living in the US on any of the targeted visas. The order also said that people who are outside the US but had obtained a visa before the order was issued were also exempt.

But it is unclear what impact the restrictions would have on people in the US whose visas expire this year. Lawyers are digesting the order, but Jeff Joseph, an immigration lawyer and secretary of the American Immigration Lawyers Association, said it appeared that it only affected people without a current visa, and therefore visa renewals should not be a problem.

How else does Trump want to change the US visa system?

The US allocates 85,000 H-1B visas each year. Last year there were 225,000 applicants for the visas, which were awarded by lottery. Mr Trump wants to prioritise highly educated workers. He wants a system that ranks applicants by the salary attached to the job they have been offered.

What does business think?

Industry groups lobbied heavily against the measures, pressing their case with officials including Jared Kushner, the president’s son-in-law and White House aide, and Larry Kudlow, the White House economic adviser. Some even contacted Mr Trump personally. They had been bracing for some restrictions but had hoped that the action would be more limited in scope and duration.

Some tech industry employers warned that a clampdown on H-1Bs risked driving needed talent to other nations such as Canada, but opposition came from across the business community.

Business groups are consulting lawyers to see whether this proclamation, like many of the Trump administration’s previous immigration orders, can be challenged in court.