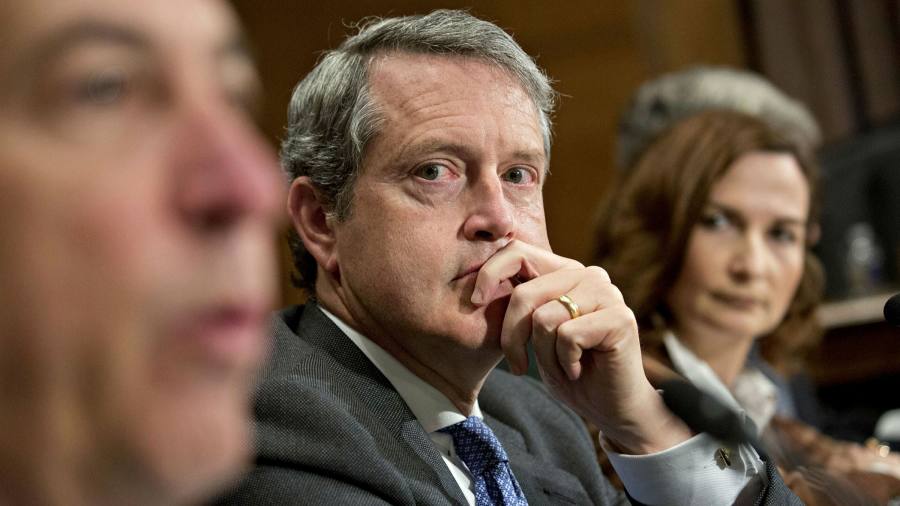 Reforms to stop the world’s largest banks being “too big to fail” have made the lenders more resilient and less susceptible to risky behaviour than before the 2008 financial crisis, but gaps remain in the new regulatory regime, according to the Financial Stability Board.

Global systemically important banks, or GSIBs, are now better capitalised and have built up significantly more capacity to absorb losses, with their core capital ratios on average having doubled since 2011, the FSB said in a review of post-crisis rulemaking.

The problem of moral hazard — the danger that bankers may take excessive risks if they believe they are not accountable if their bets go wrong — has also declined, the report found. Banks no longer enjoy the implicit funding subsidy that they did before 2008, with investors increasingly pricing in the danger that any bank debt they own will be wiped out if the lender collapses.

“The reforms appear to be working, systemic measures of risk are all falling and banks’ funding costs now reflect the real probability of a bail-in,” said Claudia Buch, vice-president of Germany’s Bundesbank, who led the report. “There are net benefits to society . . . higher funding costs for banks but lower risks for the taxpayer.”

The Basel-based FSB — which is led by Randal Quarles, a governor of the US Federal Reserve responsible for supervision — makes recommendations to the G20 nations on financial rules and regulations. Since the financial crisis, it has been trying to end the problem of “too-big-to-fail” institutions.

“As we are learning how the new system is working, we are also learning where it can still be improved,” Ms Buch added. “There are still gaps that need to be addressed but the benefits significantly outweigh the costs.”

One area for improvement is procedures for winding-down a failing lender. While individual country regulators have introduced regimes designed to do this more easily without affecting customers, the robustness of these regimes and the way in which they are implemented are patchy. No country apart from the US has a requirement for a public disclosure for resolution plans.

The FSB also flagged wider shortcomings in banks’ financial reporting and official disclosures, especially considering the advances in technology and data management in recent years. IT reliability and sophistication have long been a problem for European banks, which usually have less capacity to invest in the area compared with US peers.

While some critics had warned that toughening regulations for big banks would stifle lending to the real economy and slow economic growth, the FSB said “material negative side effects of the reforms have not been observed” in this regard.

“Other market participants have stepped into areas where large banks have reduced their activities, while market fragmentation has not increased,” it concluded.

The FSB is working on a separate review of the more lightly regulated non-bank, or shadow-banking, sector. It has grown rapidly to more than $50tn in assets as banks retreat from riskier activities such as proprietary trading and structured financing, and non-bank lenders stepped in to take their place.

However, the FSB said it was not overly concerned about the sector’s growth. It pointed out that some non-bank financial institutions had stronger balance sheets and were run better than regulated entities, with customers benefiting from diverse sources of credit.