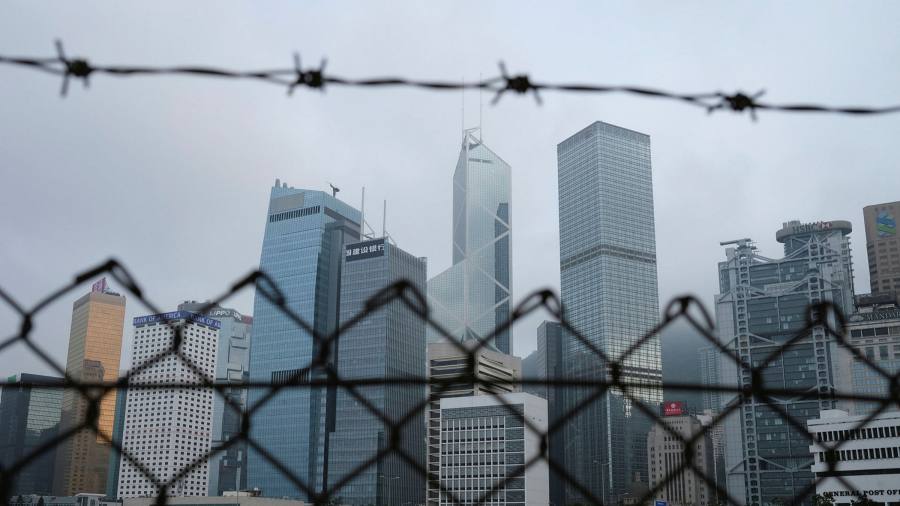 Japan is considering visa waivers, tax advice and free office space for asset managers, traders and bankers from Hong Kong in a campaign to cast Tokyo as the best exit strategy should a crisis force them out of the semi-autonomous territory.

Japan has spent decades looking for ways to make Tokyo a valid rival to Hong Kong as the region’s premier financial centre, said people involved in discussions, but will now go “further than ever before” to entice financial professionals and institutions to its capital.

The same people said that Tokyo’s efforts now had the “tailwind” of Beijing’s proposed new national security law, which has triggered mass protests in Hong Kong and which many fear will fundamentally alter the legal and commercial environment of the former British colony.

In an illustration of the campaign to target Hong Kong, a Diet question from former cabinet minister Satsuki Katayama asked prime minister Shinzo Abe whether Japan should be targeting financial professionals from the territory. Mr Abe said he would “actively promote” their entry.

A number of proposals under discussion centre on the theory that a deepening of instability in Hong Kong could prompt hedge fund managers and others to move operations out of the territory, and that larger institutions might expand facilities in Tokyo as part of their business continuity plans against deepening crisis. Promoters of Tokyo as a financial centre have been in active talks with financial institutions in Hong Kong over recent months, primarily targeting funds with around $1bn of assets under management.

Discussions on the potential new inducements, which involve the Financial Services Agency, the Foreign Ministry, the Ministry for Trade and Industry and the Tokyo Metropolitan Government, will conclude later this week with the aim of including language in the annual economic strategy due for publication in July.

Proposals under discussion include a short term visa waiver that would allow financial professionals to enter Japan and start working immediately with fast-tracking of the necessary licenses. To accelerate such moves, said one person involved in deliberations, the government could also temporarily lift a requirement for fund managers arriving under the new scheme to have a permanent office address, allowing them to work out of shared-office facilities.

One proposal under discussion would see the Tokyo Metropolitan Government renting office space that could then be offered free to accommodate newly-arrived financial professionals while they make longer-term arrangements. TMG declined to comment, saying any plans were at an early stage.

Speaking to the Financial Times, Ms Katayama said financial workers could take advantage of the Japanese visa scheme for highly-skilled professionals that started in 2012. “The issue is tax. The income tax rate in Japan is much higher than in Hong Kong and the employment system is different,” she said.

“[Moves from Hong Kong to Tokyo] aren’t something that’s going to happen overnight but I welcome prime minister Abe’s positive answer in the Diet.”

People involved in promoting Tokyo as an alternative to Hong Kong admitted it was unlikely the campaign would be backed by any significant changes in tax policy, but said there were active discussions between ministries on a number of small adjustments that might reduce the burden just enough to make a move to Japan attractive.