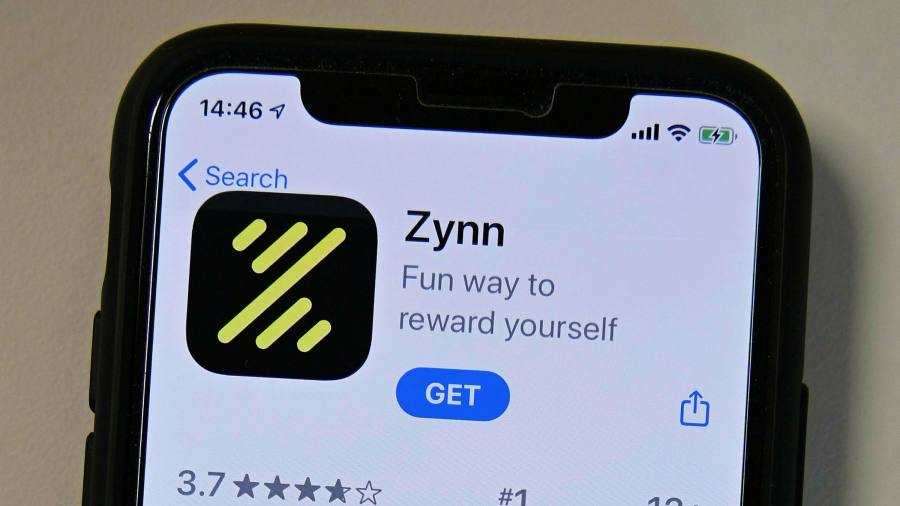 A new viral video app that vaulted above TikTok to the top of the download charts in the US has been taken down by Google after accusations of plagiarism.

Zynn, from the Chinese start-up Kuaishou, became the most popular US app on Android phones and iPhones shortly after launching in May, according to Sensor Tower data, after promising cash payouts to users for signing up and watching videos.

Kuaishou, which recently raised $2bn from social media and gaming giant Tencent, was the leading short video app in China until it was overtaken by Douyin, the Chinese version of TikTok.

But Google removed the app from its Play Store on Tuesday after finding one video was “plagiarised”, Zynn said. A number of social media influencers complained to Wired they found their videos reposted without permission.

“We admit we have had some lapses in this area,” Zynn said, adding that it lacked the technology to tell if videos uploaded by users had been copied from elsewhere.

The company said it has launched a new page in the app for users to report offending videos but did not know if the move would appease Google.

Last year Kuaishou’s co-founder said it was plotting a comeback in its home market and would take a “steady step” approach to expanding internationally.

But Zynn’s direct payments to users show the company is putting substantial capital behind its push abroad. New users earn $1 for signing up and more if they keep watching videos. For each successful referral, they earn up to $20 plus a “bonus” of $10 dollars for every five friends who download the app and start watching.

Zynn said that instead of buying advertising on Facebook and Google to acquire users, it used “the exact same amount of money” to pay users to sign up.

“Our app will only have value and significance with a large amount of users on it,” it added, saying the cash rewards programme would be halted in coming days.

China’s two short video giants Kuaishou and ByteDance have already taken their rivalry to the courtroom. In May, Kuaishou sued Douyin in China, for trademark infringement and unfair competition, demanding Rmb5m ($708,000) in compensation. It claimed ByteDance was improperly buying up search results for its name in a domestic app store.

In response, ByteDance told Chinese media that it had three ongoing cases against Kuaishou for similar reasons and was seeking Rmb15m in compensation.