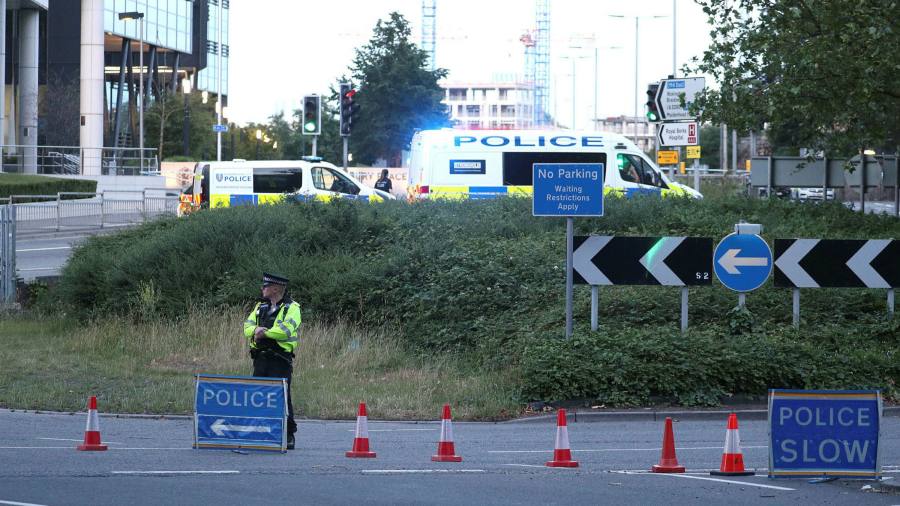 British police have launched a murder inquiry after three people were stabbed to death in a park in Reading, near London, on Saturday evening and another three seriously injured.

Thames Valley Police, the force covering the town 40 miles west of London, said they had arrested a 25-year-old man from Reading on suspicion of murder in connection with the attack, at 7pm in Forbury Gardens.

They said they were not currently treating the incident as terrorism but were keeping an open mind about the motivation for the attack, and were being supported by counter-terrorism police.

A small rally for the Black Lives Matter movement had been held in the park on Saturday but had concluded hours before a man started attacking people sitting in the sun in the park, in central Reading.

Detective Chief Superintendent Ian Hunter, Thames Valley Police’s head of crime, said the rally and the stabbings were not connected.

“We have made one arrest and at this stage we are not looking for any other people in connection with this incident,” he said.

The UK Home Secretary, Priti Patel, said after the police statement that the incident had been a “senseless attack on people simply enjoying a Saturday evening with family and friends”.

“My heart, thoughts and prayers are with all those affected and to the people of Reading, who will be deeply shocked and concerned by this terrible incident,” she said.

Boris Johnson, prime minister, had earlier written on Twitter that his thoughts were with everyone affected by the “appalling incident”.

Videos posted on social media showed a number of victims surrounded by blood and being helped on the ground by first responders. There was also footage of helicopters landing to rush the injured to hospital.

Thousands of people had headed to parks across south-east England on Saturday to enjoy sunny, warm weather after several days of wind and thunderstorms.

One witness, Lawrence Wort, told SkyNews the park was “pretty full” when the attacker approached a group of around 10 people and began to stab some of them in the neck and under the arms. The attacker then pursued Mr Wort but, after failing to catch him, attacked another group.

Police did not immediately give names or any other details of those who had died.

The BBC broadcast pictures of heavily armed police officers arriving around 11pm — four hours after the stabbings — at a block of flats on Basingstoke Road in Reading.

Reading is one of the largest towns in a prosperous corridor along the Thames Valley known for high-technology investments.

While the UK has a low rate of violent deaths by comparison with many other countries, there have been a number of mass stabbing incidents in the UK in recent years by Islamist extremists. They have included an attack in November at Fishmongers’ Hall in central London that left two people dead and an attack in Streatham, south London, in February that ended when armed police shot dead the perpetrator. Both attackers had previously served prison sentences for Islamist offences.