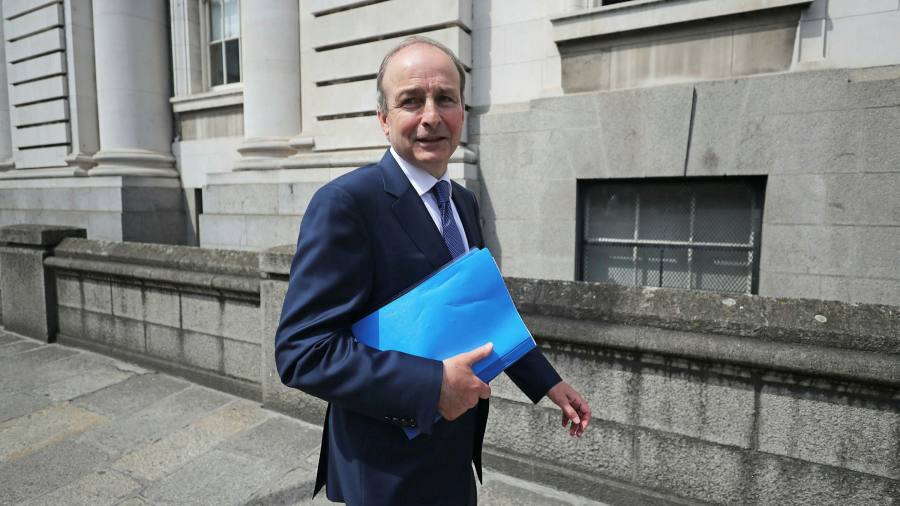 Ireland’s traditional ruling parties have struck a deal to govern together for the first time, clearing the way for opposition leader Micheál Martin to take over as prime minister from Leo Varadkar in a three-way coalition.

The agreement on Monday between Mr Martin’s Fianna Fáil, Mr Varadkar’s Fine Gael and the Greens follows an inconclusive February election in which Sinn Féin nationalists won the popular vote but not enough seats to form a parliamentary majority.

The deal, confirmed by a senior Dublin official, is conditional on backing from the members of each party, who will vote on a draft programme for government in the next fortnight.

Mr Martin, an MP since 1989 and a former foreign minister, will serve as prime minister until December 2022, when the office will revert to Mr Varadkar, who will be deputy premier until then. The plan to rotate the office of taoiseach, never tried before, reflects parliamentary arithmetic. Excluding the speaker in the 160-seat Dáil assembly, Mr Martin’s party has 37 seats and Mr Varadkar’s has 35.

They refused talks with Sinn Féin over its leftist policies and links to IRA paramilitaries during the Northern Ireland Troubles that ended with the 1998 Good Friday peace pact.