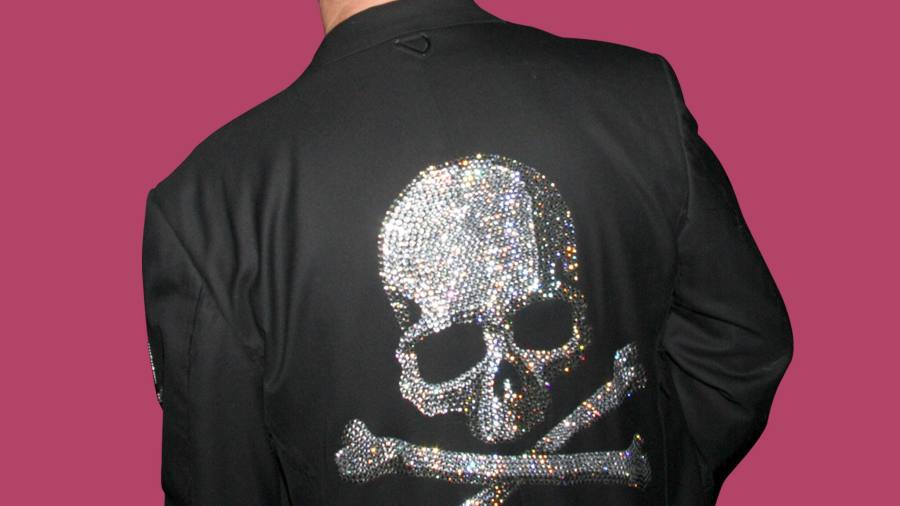 There have been far better works of sculpture but none that was so of its time. In 2007, Damien Hirst encrusted a platinum skull with thousands of flawless diamonds. That summer, “working” nearby, I stole an hour or two in the exhibition indecently often. The last 15 of my then 25 years had played out against an economic expansion. The skull seemed to incarnate a boom that I sincerely believed was eternal.

The thing is, on a personal score, I was right. Early-career momentum can affect our prospects ever after. In an economy of such Jazz Age decadence, I was spoiled for job openings at the critical start. When it crashed, a generation of graduates was helpfully mown down before they could compete with me in the workplace. You can only salute my timing.

If I have an agreeable life, I am inclined to credit it to supernatural talent and Napoleonic self-will. A more elegant explanation is that I was born in 1982 and not a few years later. The “talent”, that is, was temporal luck. My immediate juniors had to scavenge for jobs in the worst recession since the war, brave a glacial recovery and then collect as reward for their stoicism the yet deeper crisis of today. For all our pique at asset-rich boomers, the true generational rift is intra-millennial. “Did you enter the job market before or after the crash?” is not quite “Were you of conscription age in the Great War?” But it is a life-shaping question for all that.

The most vicious tussles — over gender, over free speech — are often between the young and people hardly their elder

To put it more baldly, there is no such thing as millennials. The generation that last year became the largest in the US is really two groups, estranged from each other by economic experience and much else. To go with the Pew Research Center’s definition of millennials (those born between 1981 and 1996), the rough midway point of 1988 is a serviceable faultline. We who were born before it are really junior members of Generation X. Those who came after have more in common with Generation Z. Exposure to the crash accounts for most of the difference, but the schism goes beyond the material to our habits of mind.

Few in the older cohort, for instance, are digital natives. Some of us were well into our teens before we had internet connections at home, and these were squawking dial-ups that charged by the minute. As such, our formative experiences include a level of boredom that humans are unlikely to ever know again. We were reared more like our parents than those who were born just five or so years after us.

Then there is the vexed question of wokeness. Family Guy, South Park, Little Britain, Bo’ Selecta: older millennials were among the core audience for shows that are now “problematised” or outright cancelled. Eminem’s reputational collapse is an even starker case in point. It is not just the ancient who are wrongfooted by the lightspeed shift in mores. As the genuinely old have exemption from the culture wars, the most vicious tussles — over gender, over free speech — are often between the young and people hardly their elder.

Even here, though, I sense the animus feeds on disparities in economic luck. And how could it not? To have entered work before the crash was not just a theoretical advantage. On my first day as a journalist, in 2007, I saw a list of expense-able restaurants on a colleague’s wall. If I say that one of the humbler was Belgravia’s Poule au Pot, you have a sense of the party that I caught the tail-end of. Within a year or two, the list was gone. As for finance, friends who joined investment banks in 2005 recount a late-Roman world of client-entertainment weekends in the Balearics and bonus “comp” they had insufficient time to spend. Their successors by just a few years find such things economised into moderation where they are not flat-out illegal.

Each industry will have its stories of the Eden that was the world before 2008. And each will have “millennials” who fell either side of it, shaping their prospects forever. Whatever its emptiness, the diamond skull always conjures for me a glorious time. You need not be much younger to resent it as a taunt.