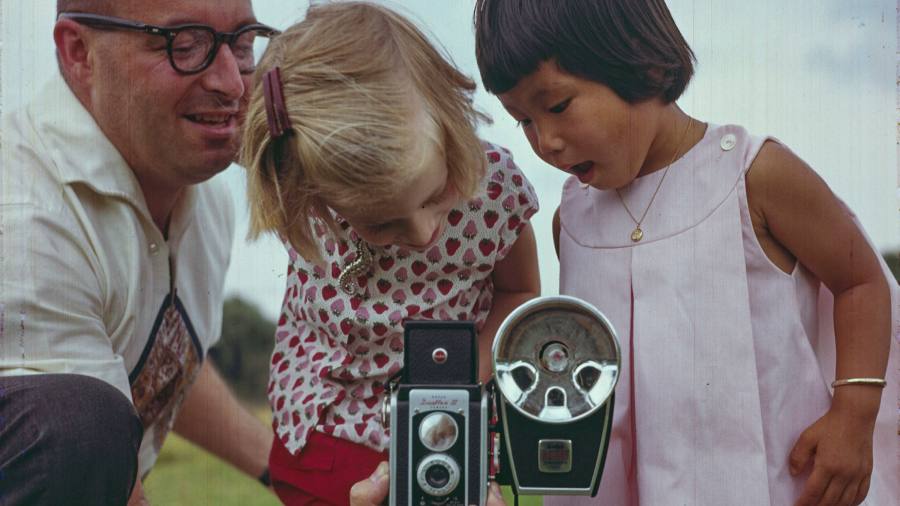 In one of Mad Men’s best scenes, advertising executive Don Draper pitches a campaign for Eastman Kodak’s new slide projector. The company’s executives are worried that the wheel design would not be “seen as exciting technology” during the innovation wave of the early 1960s.

“Technology is a glittering lure,” replies Draper, “but there is the rare occasion when the public can be engaged at a level beyond flash, if they have a sentimental bond with the product.”

He then turns off the lights, switches the device on and launches into a spellbinding presentation, flicking through family photos and eliciting tears and awe from his audience.

In real life, the appeals of memory and progress have often clashed at Kodak. As the company tugged on customers’ heart strings selling “Kodak moments”, it also ploughed billions of dollars into research and development in search of new technology.

But when a Kodak engineer, Steve Sasson, came up with a prototype for a digital camera in 1975, it received a frosty reception from executives. The engineers pressed on and built a model in 1989 that was ready to produce, until they were ordered to stop. Mr Sasson said the reaction was: “If it comes at the expense of one film camera, why would we?”

Clinging to film, the company was poleaxed by the digital revolution and filed for bankruptcy in 2012.

Rising from the ashes, Kodak seemed attracted by the glittering lure, launching its own cryptocurrency in 2018. When it announced the initiative, its shares rose 300 per cent.

This week it pivoted again, accepting a $765m loan from the Trump administration to expand its manufacture of ingredients for pharmaceuticals. The shares again rose 300 per cent, but this time continued to climb, adding more than 1,000 per cent in total.

None of the reinventions are quite what they seem. The much-derided cryptocurrency idea is really just a vehicle to manage image rights — perfectly in tune with Kodak’s brand, albeit difficult to pull off in the face of competition from digital natives. The pharma push is not a radical departure — Kodak has been making pharmaceutical ingredients since the 19th century.

The real question is what on earth the Trump administration is doing. Officials can be absolved of electioneering: creating a few hundred jobs is hardly a useful ploy in deeply Democratic New York state, where Kodak is based.

But nor does it look like the loan is being awarded for the purpose allowed under emergency powers — to help fight coronavirus. The investment is not likely to yield fast enough results.

The truth is that rather than deal with the acute emergency, the Trump administration is attempting to fix what it sees as a chronic problem: dependence on foreigners.

“This is going to be the second act, one of the greatest second acts in American industrial history,” said Peter Navarro, the president’s trade adviser, who wants everything to be Made in America.

Will it succeed? There is no particular reason to think so. Kodak has seen the potential in drugs before. In 1988, it spent $5.1bn to acquire Sterling Drug, in an attempt to diversify away from film. In hindsight, that used up vital cash that might have been better invested in bridging the digital divide.

Although the US has plenty of successes in cutting-edge pharmaceuticals — and Covid treatments as well as possibly vaccines to come from the likes of Moderna and Gilead — fierce global competition exists from low-cost manufacturers for the generic ingredients Kodak intends to produce.

Kodak shows the harm of holding on to the past. Mr Navarro refuses to see it. As Don Draper told the fictional Kodak executives: “Nostalgia: it’s delicate, but potent.”