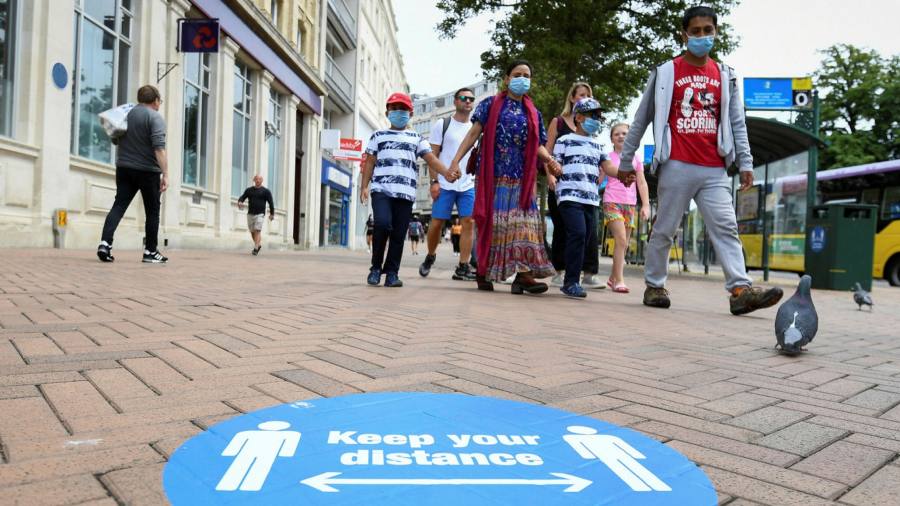 The writer is a science commentator

Only a fool breaks the two-metre rule. This has been the mantra in the UK, where painted pavements and supermarket signage urge people to stay two metres apart to prevent coronavirus infection.

The rule is now under review in the UK, to the relief of ministers and business people who foresee a bleak future for a hospitality and entertainment industry that is currently without a critical mass of customers. They favour the World Health Organization’s one-metre recommendation, which has already been adopted by China, Hong Kong and Denmark. A decision is due in early July, when more sectors of the British economy are scheduled to reopen.

The fixation on distance usefully highlights a persistent theme in the public discussion of risk: a false, binary distinction between safety and danger. No magic attaches to either distance: some countries, including Australia, Belgium and Germany, have opted for one and a half metres.

The choice is not whether to be safe at two metres or unsafe at one — but whether we want to take more risk or less, and to what end. Reopening the economy before the virus is conquered means governments taking tough decisions on how society should function in a landscape of uncertain risk.

Uncertainty should not, however, mean junking the precautionary principle, given that Covid-19 is still springing unwelcome health surprises. For example, since we know some people can carry the virus without showing symptoms, we must assume they can also transmit it until proven otherwise.

This is the most convincing argument for donning face coverings or masks, especially indoors and on public transport, where distancing can be difficult. It is, mostly, an act of consideration towards others: face coverings prevent the projection of virus-laden droplets towards people and surfaces, where others can pick them up (the WHO recommends fabric coverings made of three layers of different materials, rather than medical masks).

Face coverings might also be important given the continuing disagreement over airborne transmission (via aerosol particles that are finer than the droplets emitted in coughs and sneezes and which can hang in the air for longer). A highly contested paper published last week suggested that such transmission was not only likely but dominant. Still, it is worth noting the pro-mask attitude in countries that have kept infection rates relatively low: there is no shame in copying measures for which there seems to be a rationale.

When it comes to social distancing, timing as well as distance is critical. Spending six seconds at one metre from an infected person carries roughly the same transmission risk as spending a minute at two metres, according to Patrick Vallance, chief scientific adviser to the UK government. The risk continues to fall with distance.

Outside is safer than inside because breezes disperse droplets and aerosols. Superspreading events have mostly been documented indoors — such as in nightclubs, gyms and churches (shouting, heavy breathing and singing all propel droplets further). Avoiding indoor meetings also cuts the chance that an infected visitor will leave traces of virus on surfaces for others to pick up.

These precautions, and others, matter because, in order to infect someone, the virus must physically enter the body via the mouth, nose or eyes. Every mandate or recommendation — including social distancing, face coverings, meeting outdoors, indoor ventilation, handwashing, cough etiquette — is designed to cut the chances of that happening. While public discussions tend to fixate on them singly, they are meant to be applied together — and in conjunction with a strong disease surveillance system to detect new outbreaks.

Still, the resurgence of the virus in Beijing, which had gone 50 days without a new case, is also a portent that we will be living amid uncertainty for many months to come. Until a vaccine arrives, deciding whether to shrink social distancing to expand the economy will be just one of many imperfect risk calculations on the table.