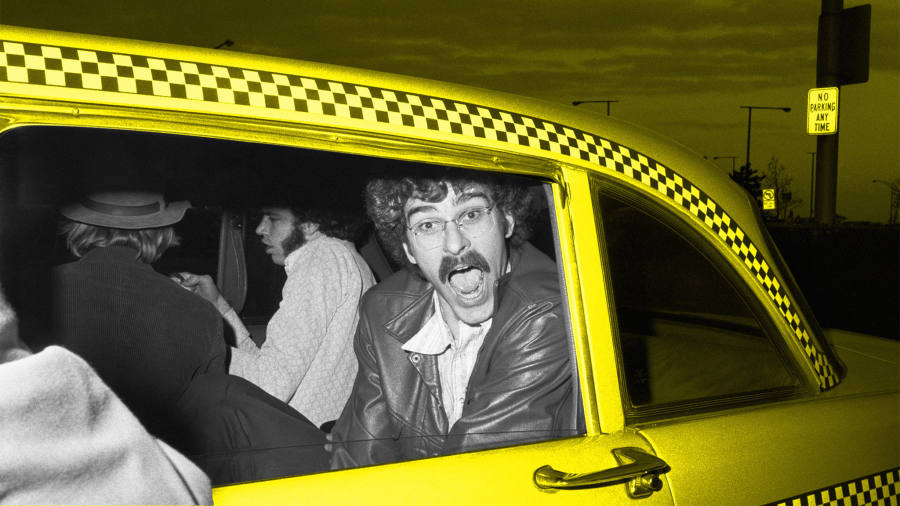 What would Phil Jackson do? I find myself wondering this several times a day. Particularly while watching press briefings and impromptu question-and-answer sessions in the Downing Street rose garden, adjacent to the pergola of power.

The lofty former basketball coach is one of many magnetising figures that make up The Last Dance, the ESPN documentary that revisits the ascension of the Chicago Bulls between 1991-98 and a near indomitable run that brought them six NBA titles.

Having watched all 10 episodes, I can confidently say I am not one iota clearer about the Triangle Offense, the difference between a point guard and a small forward, nor can I tell a Rocket from a Piston. But if Phil told me to jump, I would ask “how high?”

Even allowing for an era in which the sports personality could really let their freak flag fly, Jackson, now 74, still stands apart. Six foot eight inches in his socks, his shoulders are so square they make the Herman Munster proportions of Balenciaga look a bit halfhearted. In his youth he smoked dope and dropped a bit of acid. At the Bulls he advocated yoga, mixed pep talks with the Native American wisdom of the Lakota, and was famous for a Zen-like calm.

How might the coach have dealt with bad behaviour were his team not a group of preternaturally gifted athletes but a bunch of politicians — and their aides? After all, negotiating the maverick “genius” of a government adviser would surely be relatively straightforward when you spent seasons managing the majestic ego of Michael Jordan, a man of near superhuman talent who was only mildly joking when he told the rookie Reggie Miller he was the “black Jesus”.

Or Dennis Rodman, the neon-haired renegade who decided to skip finals practice to fly to Detroit to join Hulk Hogan for an evening of televised wrestling in which he hit a rival wrestler with a chair. Rodman’s outing incurred a $10k fine for missing a league-mandated session and the wrath of some of his most ardent fans. But on the subject of Rodman’s sojourn, Phil The Shoulders was sanguine. “It’s just attention, being able to concentrate in the moment,” he told reporters, in 1998. “If it’s important, [Rodman’s] always there.”

I cannot tell a Rocket from a Piston. But if coach Phil Jackson told me to jump, I would ask ‘how high?

I imagine Jackson’s looming authority pronouncing on Dominic Cummings, largely because I have nothing better to do, and because lockdown loves a daydream.

Last month, Boris Johnson’s closest ally breached his own co-authored “stay at home” instructions to drive across the country, walk around a bluebell wood and spend 15 minutes beside a castle. Notwithstanding the indignation surrounding his interpretation of the guidelines, he might have been forgiven had he not obfuscated at all requests to explain where he had been. Would Jackson have fired his most trusted comrade? Or would he have applied some hippie-shaman-logic and simply shrugged it off?

Following his absconsion, Rodman returned for the crucial play-off in Chicago, where, according to the Washington Post he “grabbed all the big rebounds and made all the important free throws”, to secure his team a win.

Cummings, who was apparently so vital to the government that he risked a 52-mile road trip with poor eyesight in order to get back on the job, re-entered professional life to claim the highest coronavirus death toll in Europe. He might have been more useful had he sniffed a few more bluebells in those woods.

Unlike the curiously cavalier attitude of Cummings and his cohort, The Last Dance reminds us that leadership means nothing if you don’t command respect. Great coaches, like politicians, are made greater by the diversity of talents in the team. Michael Jordan was monstrously unpleasant to his teammates, but he respected Jackson. He wouldn’t play for anybody else (until he did). Rodman was a law unto himself — until he got on to the court. Jackson’s subsequent career may not have been so rosy, but for that period of the nineties, he and his team could barely do wrong.

Maybe that’s why audiences, exhausted by so many examples of bungled leadership, incompetence and elitism, have embraced this documentary. The Last Dance is a eulogy to the spirit of teamwork and the celebration of talents that lie within. It’s a reminder that real leadership doesn’t require slavish loyalty, nor insist on gibbering rote. It allows for mavericks, mess and massive egos. It celebrates diversity and different points of view. But most of all, it’s totally transparent. You couldn’t fake Jordan’s breathtaking, otherworldly ball skills. And you can’t always slogan your way to a win.