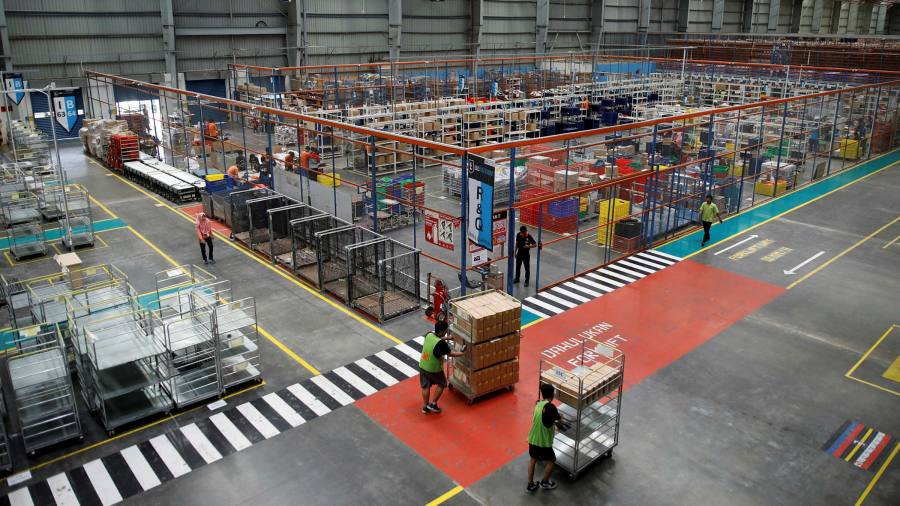 Lazada, the south-east Asian online shopping site owned by Alibaba, should have benefited when the coronavirus crisis hit Singapore in April.

But as the country went into lockdown, Lazada was unable to meet demand, cutting the number of goods on its grocery platform and limiting customers to 35 items.

“Lazada restricted supply and reduced the range of goods just when they were most needed,” said the head of one prominent Singapore-based venture capital fund with multiple ecommerce investments. “Everyone was fighting over delivery slots and it just angered people.”

“I didn’t hear about Alibaba doing that in China,” the person added. By June, Lazada’s chief executive Pierre Poignant had been replaced. Chun Li, the new incumbent, is the site’s fourth boss in just over two years.

The reshuffle was the latest distress sign from the eight-year-old company, which Alibaba bought from Berlin-based Rocket Internet and other investors, including Tesco, in 2016.

At the time of the deal, it seemed a straightforward task to replicate the Chinese giant’s huge success at home across south-east Asia, where Amazon is yet to make any significant progress.

But after injecting at least $4bn into the company to date, making it one of its costliest overseas ventures, Alibaba is yet to find a winning formula. While it does not break out Lazada’s performance, Alibaba warned in its annual report this year that Lazada was one of the companies that it expected “to have a negative effect on our financial results at least in the short term”.

In fact, Lazada appears to be falling behind its biggest rival Shopee in some, if not all, of its key markets.

According to research from iPrice Group, App Annie and SimilarWeb, Shopee overtook Lazada as the region’s most used online shopping app in 2019 and was downloaded more often in the year to May 2020 in the six countries in which both companies operate: Indonesia, Malaysia, Philippines, Thailand, Vietnam and Singapore.

In the two biggest markets, Indonesia and Vietnam, Shopee had more monthly active users than Lazada in May. “You do see faster growth off a small base by Shopee. Lazada was significantly bigger four years ago,” said Simon Wintels, a partner at McKinsey.

Lazada said in a statement it had more than 70m unique customers across the six countries on its platform in the 12 months to March and added: “App downloads and web traffic are neither investor-recognised metrics nor our focus.”

Shopee’s parent company is the $50bn Singapore-based Sea Group, a conglomerate of gaming and ecommerce businesses in which Tencent, Alibaba’s rival in China, has a significant stake.

Last year, Shopee had more than 1.2bn orders, worth $17.6bn, but its rapid growth has been partly driven by generous subsidies. In its annual report, Sea Group, which recorded a $1.45bn loss for 2019, warned that “revenue generated from monetising our Shopee marketplace may not offset its significant operating costs, causing it to operate with losses for the foreseeable future.”

“You can get pretty far if you’re willing to spend this money,” Mr Wintels said.

Nowhere has the expensive battle played out more intensely than in Indonesia, the most promising emerging market in the region, given its 267m population and a per capita income that is four times that of India.

Here, Lazada has found itself competing not only against Shopee but also the local online shopping app Tokopedia, which is also backed by Alibaba, as well as SoftBank. There is a fourth player in Bukalapak.

Analysts believe consolidation is inevitable. One option is a merger between Lazada and Tokopedia, since both companies share Alibaba as an investor.

But instead of being the most fearsome player, “Lazada is a potential acquisition target,” said Paul McKenzie, an analyst at CLSA. “By 2023, Shopee . . . and Tokopedia will control two-thirds of the market.”

One problem is the difficulty in rolling out Lazada’s model, which focuses like Alibaba and Amazon on high quality customer service and running its own logistics. Lazada has always been “top heavy,” said Willson Cuaca, founder of venture capital firm East Ventures, which is invested in Tokopedia. “They always did everything themselves — like owning their own warehouses.”

By contrast, Shopee and Tokopedia are simply “marketplaces” on which small businesses can list their goods for sale and arrange delivery themselves.

To win back customers, Lazada is looking to leverage Alibaba’s technology. Lucy Peng, Lazada’s chairwoman and a co-founder of Alibaba, said last month the group would “step up” its digital innovation, such as merging shopping with entertainment and social experiences including live-streaming.

But relying more heavily on Alibaba brings its own headaches. Wary south-east Asian shoppers perceive Lazada as a foreign company, first German and now Chinese, compared with Shopee, which has emphasised its local hiring programmes.

Lazada’s upper and middle management — for tech roles at least — tend to be imported from China, “who may not be as familiar” with the region, noted Taohai Lin, a consumer and retail analyst at Fitch Solutions.

The competition looks likely to become fiercer. Investors and rivals are bracing for Amazon, which has already launched in Singapore, to continue its advance in the region. Tokopedia, meanwhile, is raising at least another $1bn from investors.

“If I had to back one company, I would pick Tokopedia,” said Yinglan Tan, founder of Insignia Ventures Partners in Singapore. “Tokopedia has the model of Taobao, [consumer to consumer) while Lazada started with the business to consumer model of T-Mall. It is the wrong timing. It is too sophisticated for Indonesia.”