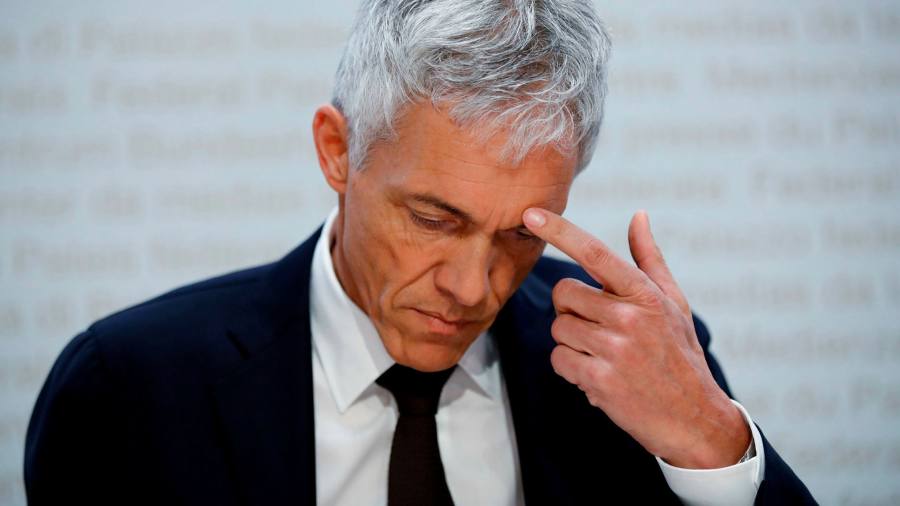 Switzerland’s embattled Federal Prosecutor, Michael Lauber, has resigned amid an escalating judicial investigation into his conduct that has struck at the foundations of the Swiss legal system

Mr Lauber — who has held the post of Switzerland’s most powerful law enforcement and investigatory official since 2012 — has been fighting allegations of wrongdoing in office since June last year, when leaked documents showed he held secret, un-minuted meetings with Gianni Infantino, president of Fifa

In a statement on Monday, the AB-BA, the supervisory body that oversees Mr Lauber, said he had “seriously violated his official and legal duties”, and through his conduct had “damaged the reputation of the Office of the Federal Prosecutor of Switzerland”.

The charismatic 54-year-old, who shaped the prosecutor’s office into one of the most powerful institutions in Switzerland, announced on Friday that he would step down.

While Mr Lauber staunchly defended his conduct, and initially denied any recollection of illicit meetings, allegations of a similar nature have followed in several other blockbuster cases. Over recent months, sensational headlines and official inquiries have painted Mr Lauber as a freewheeling “judicial diplomat” keen to operate outside the routine limitations of Swiss legal procedure and broker deals with accused parties through his own intercessions in otherwise intractable cases. Swiss legal experts said the result has been a legal chaos. In particular, details of Mr Lauber’s contacts with senior Russian law enforcement officials, and trips by personnel in his office to Moscow, have raised serious concern among international partners.

Swiss parliamentarians are now considering whether sweeping reforms are needed for the Federal Prosecutors office. The committee of MPs which is responsible for overseeing the Swiss legal system has already commissioned two reports for major legal changes to the prosecutorial system, the NZZ newspaper reported on Sunday.

One of the options under consideration is a radical curtailment of the prosecutor’s powers, a return to the system as it was before 2011.

In recent weeks, the tide has been turning against Mr Lauber. A parliamentary committee announced the beginning of a process to impeach him in May, and last month, authorities formally appointed a special prosecutor — with extraordinary powers outside of the legal system Mr Lauber heads — to consider a file of evidence against him alleging criminal wrongdoing.

Mr Lauber’s abrupt departure followed a ruling on Friday by the Federal Administrative Court in St Gallen, which quashed an appeal he launched earlier this year against a damning report into his conduct by the AB-BA.

The court in St Gallen upheld the AB-BA report’s central findings, that Mr Lauber had misled authorities and was guilty of several critical procedural rule breaches.

In a short statement, Mr Lauber said he “completely rejects the insinuation of having lied”, but added that it was impossible to continue in his role so long as questions over his trustworthiness remained. “Therefore, in the interests of the institution [of the federal prosecutor’s office] I offer my resignation to the competent judicial commission.”

It is unclear whether criminal complaints against Mr Lauber will be taken forward. As yet, the special prosecutor appointed to consider the merits of the claims has made no determination on whether to continue his work.