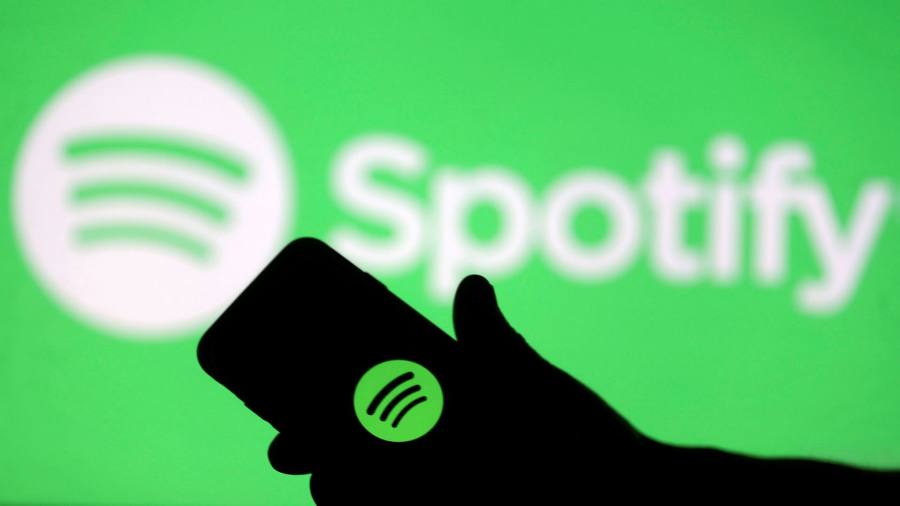 Race horses. Diamond rings for singers. Prostitutes and cassette boxes packed with cocaine. Or just plain cash, pushed into the palm of a disc jockey or stuffed in an LP sleeve.

All these are documented examples of “payola”, undisclosed sweeteners to get songs played. With impressive ingenuity, the practice has skipped through music industry history, from secretly sponsored choral singers in 19th century London, to the song pluggers of New York’s Tin Pan Alley, and the louche record spinners of 1970s radio.

Little wonder, a lawful form of it is now seeping into the digital age and Spotify’s algorithms. The question is not whether 21st century payola has arrived, but whether it will be at all lucrative for the music streaming service.

Spotify is fast-growing but chronically lossmaking. The company’s financial challenge is to eke out better terms with big music labels that supply content for a set share of its revenues. Spotify’s bet to improve music margins are the marketing tools in its “two-sided marketplace”, which it bills as a way to better connect artists and fans.

Under the “discovery mode” unveiled this month, labels can promote tracks in the Spotify algorithm, which creates personalised radio feeds or autoplay for 320m monthly users. The quid pro quo for higher streaming volumes: reduced royalties when the song is played. The reaction from some artists and the industry was predictable. “It is payola. It’s pretty straightforward. You get editorial positioning, you get play,” grumbled one music industry executive.

While it might seem a stretch to defend the artistic purity of algorithmic coding, there is a legitimate worry. Listeners — around 144m of whom pay for a premium, ad-free service — will be unaware of the specific commercial deal that tipped the balance towards a particular song reaching their ears.

For a music service that relies on subscriber trust, that is dangerous. There may also be grief from artists when they realise extra promotional costs will ultimately come out of their meagre income from streaming.

But on strict legal terms, Spotify is safe. There is precedent. The reduced payment model draws on a groundbreaking licensing deal in 2014 between the music service Pandora and Merlin, a coalition of independent labels.

Pandora agreed to systematically “steer” its automated online radio feed towards Merlin music in return for discounted royalty rates. Crucially, because there was no payment, copyright judges saw it as a perfectly legal commercial arrangement.

The argument echoes the late Nobel Prize-winning economist Ronald Coase, who in 1979 brilliantly chronicled the crude forms of illegal payola but pointed out that they arise from having banned an arguably legitimate form of price competition in paying for plays.

Spotify’s main problem is not the law, or irritating subscribers, but the economics of its own business model. Within a subscription platform, legal payola may not be as fruitful as some on Wall Street are expecting.

The big labels are not averse to paying for plays. A big chunk of their YouTube revenues are ploughed back into the video service to juice its recommendation engine in a bid to lift overall sales.

Within Spotify, the incentives are different. “If everyone pays to promote their artists, no one will get incremental revenue from it, because the pie — based on subscription income — stays the same,” said Richard Kramer, an analyst at Arete Research. “The labels will realise it amounts to paying to take money from one another.”

The music business, of course, has a rich tradition of crafty one-upmanship. Spotify could succeed in tempting one big label, or independents, to steal a march on rivals. Hold-outs would then follow to protect their share.

The industry’s collective resolve has broken before. Isaac Goldberg’s Tin Pan Alley from 1930 recounts how music publishers in the 1890s agreed to stop buying singers to plug songs. But then some publishers made secret deals, “the duplicity was discovered, and the lid blew off”.

Another episode in history also is instructive. After the second world war, the biggest lobby for anti-payola laws were industry incumbents annoyed at losing ground to newfangled rock ’n’ roll from indie labels, which lacked big stars or marketing budgets. Everyone was practising payola, but as Coase noted, “smaller companies thrived on it”. Within the streaming economy the big difference is that breakthroughs may only come at another artist or label’s expense.