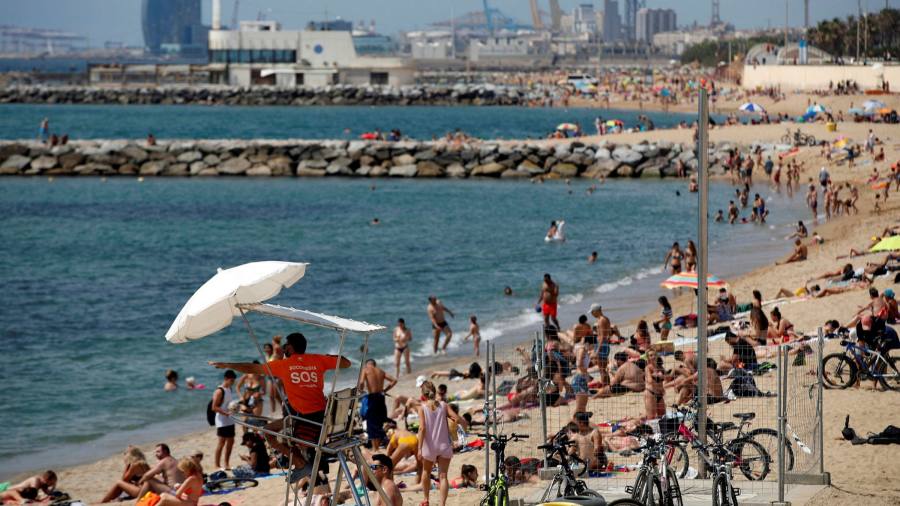 Spain has said it will accept British visitors from Sunday — without the need for quarantine — as it seeks to save its tourist season from the devastation inflicted by the coronavirus crisis.

Arancha González, foreign minister, said the country would open its doors to UK citizens on the same terms as visitors from countries in the Schengen free travel zone despite the higher incidence of Covid-19 in Britain.

“We will allow British visitors to enter Spain, just like the rest of the European Union or Schengen areas, as from the 21st of June freely and without the need of a quarantine,” Ms González said. Until now Spain has applied a compulsory 14 day quarantine to travellers from abroad.

The foreign minister acknowledged that Madrid had acted without securing a reciprocal deal from London to waive its own quarantine rules for Spaniards entering the UK. But she said that British tourists’ temperatures would be checked and their destinations logged on entering the country, expressing hope that the UK would offer a similar arrangement to Spanish nationals.

Although the two countries are among the worst hit in Europe by the coronavirus crisis, they are at different stages in the pandemic.

The UK death toll increased by 128 on Saturday, while the official Spanish toll — which has been the subject of controversy — rose by just seven.

But Spain is keen to revive its tourist industry which accounts for 12 per cent of gross domestic product and relies on visitors from Britain, 18m of whom visited the country last year — far more than any other nationality.

According to the OECD, Spain is one of the countries likely to suffer most from the economic impact of the pandemic, in terms of growth, unemployment and public debt. The country’s central bank recently warned that the economy could contract this year by up to 15 per cent.

Spain is also hoping that the formal end of its almost 100-day long lockdown on Sunday — the same day as it is reopening its borders to Schengen countries — will prove an impetus to domestic tourism. It then plans to waive the quarantine rules for a limited number of third countries on July 1.

In an address to the nation on Saturday marking the end of the lockdown, Pedro Sánchez, prime minister, said the restrictions had saved 450,000 lives and warned of the risk of a second wave of the pandemic. But he added that Spain was now entering a new phase, in which “our economy is beginning to beat again”.

Portugal, which is also dependent on the tourist trade, added that it too wanted to welcome British tourists.

“We think that the situation is under control and we would be happy to receive, as before, as many British as possible,” Manuel Lobo Antunes, Lisbon’s ambassador to the UK, told the BBC.

But the UK Foreign Office is still advising British nationals against all but essential international travel.