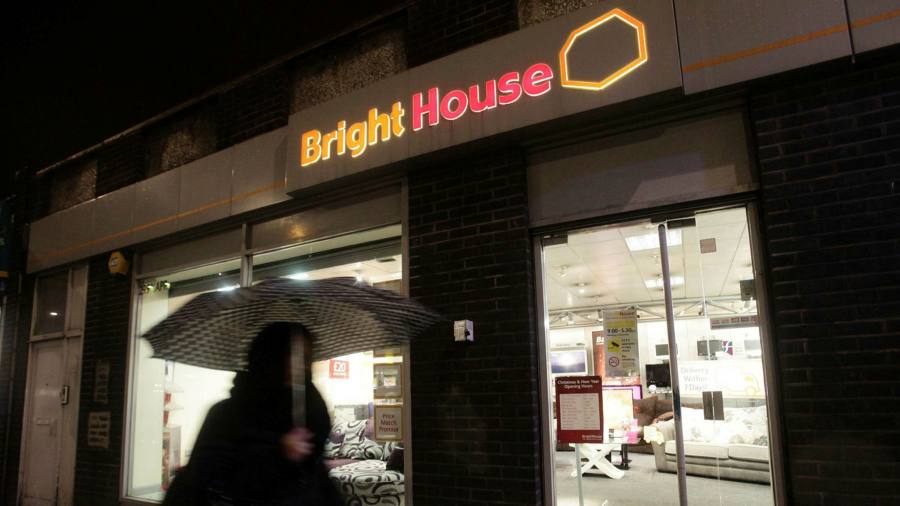 Greensill Capital, a SoftBank-backed company that says it is “making finance fairer”, has had a string of its clients default on their debts in high-profile corporate collapses and accounting scandals.

Greensill, which received $1.5bn of investment from Japanese conglomerate SoftBank’s Vision Fund last year, also provided financing to Agritrade, the Singaporean commodities trader that collapsed earlier this year amid accusations of fraud from its lenders.

These corporate collapses mean Greensill and a group of insurers are having to cover losses in funds managed by Credit Suisse. The Swiss bank’s asset management division relies solely on Greensill to source investment opportunities for its more than $8bn range of “supply-chain finance” funds.

Audited annual accounts for the Credit Suisse funds show two of the four vehicles had a total of almost $120m of exposure to NMC Health, BrightHouse and Agritrade at the end of October. A separate marketing document shows BrightHouse was the sixth-largest exposure in Credit Suisse’s more than $2bn in assets “high income” supply chain-finance fund at the end of last year.

Marketing documents show that at the end of March, Credit Suisse’s main $5bn supply-chain finance fund had 15 per cent of its assets in the debts of four companies that have received investment from the Japanese conglomerate, including struggling car subscription start-up Fair and under pressure Indian hotel business Oyo.

Credit Suisse Asset Management said its supply-chain finance funds had “a very strong positive performance year-to-date”, beating “almost all fixed-income markets and peers”. It added that these funds have a “thorough investment and due diligence process” and are “broadly diversified”.

Australian financier Lex Greensill, who founded the eponymous firm in 2011, specialises in supply-chain finance, where businesses borrow money to pay their suppliers. In 2012, Mr Greensill acted as an adviser to then prime minister Mr Cameron and helped set up a government supply-chain finance scheme.

Supply-chain finance polarises opinion, however, particularly at a time of growing economic strain because of the coronavirus crisis. Proponents said it could help minimise damage to small suppliers from this disruption, while critics argued it can conceal risks on companies’ balance sheets.

Rating agency S&P in March warned supply-chain finance can be kept “hidden” from investors and used to “mask a more fundamental deterioration in a company’s financial health”.

Before its demise, construction group Carillion made heavy use of the UK government’s supply-chain finance programme Mr Greensill helped devise. MPs investigating the outsourcer’s 2018 collapse said the scheme allowed it to “prop up its failing business model”.

Mr Greensill told the Financial Times last week that he believes rating agencies should consider credit provided by suppliers to be a financial liability.

“In our view there is no difference between the money a company owes to a bank or a bondholder and the money it owes to a supplier,” he said.

Supply-chain finance has been central to the revelations of billions of dollars of hidden debts and potentially fraudulent transactions at NMC Health. In four months it has tumbled from a FTSE 100 company to near collapse, in one of the worst governance scandals to hit the London stock market.

Credit Suisse’s main supply-chain finance fund had $66m of exposure to the UAE hospital operator at the end of October.

A further $34m was invested in debts to Emirates Hospital Group, owned by one of NMC’s major Emirati shareholders Khalifa al-Muhairi, whose alleged role in undeclared supply-chain finance arrangements at NMC has come under scrutiny. Mr al-Muhairi declined to comment.

Greensill Capital said its supply-chain finance for NMC was “executed and disclosed in full accordance with its obligations at all times”.

The fund that invested in NMC uses credit insurance to protect it against losses. Credit Suisse told investors last month that it had initiated insurance claims related to “the healthcare sector where payments are overdue”.

The higher-risk Credit Suisse fund that financed BrightHouse and Agritrade does not always use insurance. Greensill itself has agreed to cover losses up to 1 per cent of the fund each year, however, and Credit Suisse last month said it drew on this mechanism to cover a default in the “commodity sector”, which two people familiar with the matter said was Agritrade.

This fund had $19m of exposure to the now-collapsed commodities trading house in October, while Singaporean court filings show Greensill had $33m of total exposure to Agritrade in January.

Greensill-linked debts were at the heart of a previous scandal in the Swiss asset management industry. In 2018, Zurich-based GAM was forced to liquidate a fund that had invested in illiquid bonds the London-based finance firm had arranged for Sanjeev Gupta’s companies.