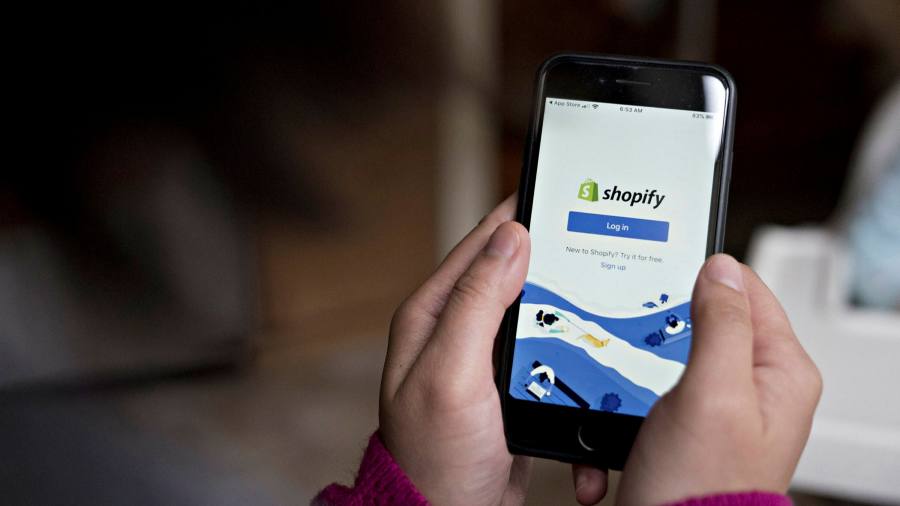 Shopify’s stock hit new highs on Wednesday after the Canadian ecommerce group posted better than expected results for the first quarter and pointed to accelerating growth in April.

Revenues increased 47 per cent over the same period last year to $470m, as more retailers were forced to go online during the coronavirus crisis.

The first quarter’s outperformance of Wall Street’s forecasts, which had anticipated sales of about $440m, will consolidate Shopify’s position as one of the strongest challengers to Amazon’s dominance in online retail.

With a platform that spans thousands of retailers both small and large, Shopify’s figures provide a unique window into how the world is adapting to lockdowns and growing unemployment.

Tobi Lütke, Shopify’s chief executive, struck a confident note, suggesting that dire forecasts of consumer spending were based on “bad data” that focused too much on physical retail and not enough on ecommerce.

Among Shopify’s merchants that use multiple sales channels, including online and offline, “we are not really seeing that big of a drop against consumer confidence”, he said. “People are still spending.”

Retailers who were forced to close their physical stores were able to make up 94 per cent of the sales volumes online that they had lost from in-store transactions from mid-March to late-April, Shopify said.

Despite net losses widening to $31.4m in the latest quarter, with losses per share of 27 cents, shares in Shopify rose as much as 6 per cent in morning trading in New York, hitting a new intraday high above $730.

Shopify has prospered by providing behind-the-scenes support to thousands of small businesses, and global brands including Heinz and Heineken, all of whom use its software to run their own independent online stores.

New stores created through Shopify increased by 62 per cent between March 13 and April 24 compared with the previous six weeks, while growth in spending across all the shops that use its platform accelerated in April.

Sales of food and tobacco surged, and clothing, which saw a “softening” in mid-March, recovered later that month and into April. Other areas that experienced new growth in online sales included fitness equipment, baby products, hobby materials and toilet paper.

However, Shopify warned: “It is unclear how sustainable consumer spending levels will be in this uncertain economic environment.”

Ahead of Wednesday’s earnings report, the company’s shares had already risen more than 70 per cent this year, valuing it at more than $80bn.

The company cited research from eMarketer that estimated Shopify last year overtook eBay’s share of US ecommerce sales, leaving it second only to Amazon — whose market share of 37 per cent remains far ahead of the competition.

Shopify did not provide any outlook for the rest of the year, after withdrawing its guidance in April. It said it was monitoring the impact of rising unemployment on new shop creation and consumer spending, as well as how quickly physical retailers were able to move online.

Shopify said it would shift its own spending from marketing to product development in these areas.

During the virus emergency, Shopify has introduced the ability for merchants to sell gift cards, providing revenue even when stores remained closed, and expanded its Shopify Capital loans scheme to the UK and Canada.

Some retailers experienced delays in receiving supply because of “complications” in shipping goods cross-border, Ms Shapero said. But overall, “tailwinds are far outweighing the headwinds for Shopify”, she added, with new “norms and trends” ultimately benefiting the company longer term.

Mr Lütke admitted that small businesses, which make up the majority of his customers, often “struggle the most during a crisis”.

But he added: “I really believe that when it comes to the retail industry, maybe it’s not 10 years but we’ve just jumped a lot of years into the future.”