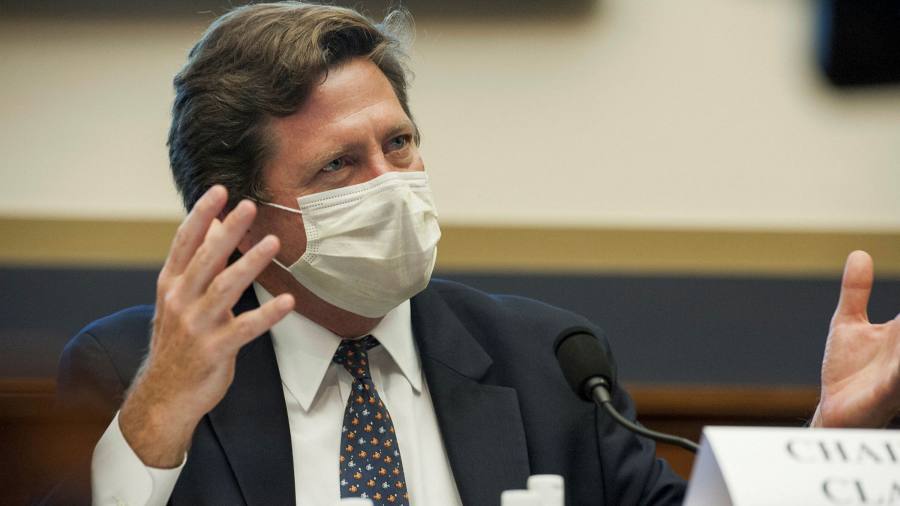 The US Securities and Exchange Commission is set to approve new rules governing proxy advisers on Wednesday, although it has dropped a controversial measure that would have required the influential firms to give corporate executives advance notice of their advice.

Proxy advisory firms such as Institutional Shareholder Services and Glass Lewis advise shareholders how to vote and wield significant influence in public markets, particularly in fiercely contested battles between companies and activist investors.

The firms issue guidance on a wide range of matters, from director elections and executive pay packages to mergers and acquisitions and environmental issues.

The SEC under Jay Clayton, who was appointed by President Donald Trump in 2017, has sought to rein in these firms by requiring more extensive disclosures of potential conflicts of interest as well as restrictions on how they publish their advice.

Last year, the commission proposed a rule that would have required proxy advisers to submit their recommendations to corporate executives for review and comment before publication.

The final rule set for approval on Wednesday does not include this requirement, according to SEC officials. Instead, proxy advisory firms will only be required to provide their research to companies at the same time as their investor clients.

The rule will be accompanied by guidance for investment advisers about “robo-voting”, where they submit votes automatically based on the advice received from proxy firms. The guidance will remind investment advisers of their duty of care to gather all available information, including from corporate executives, before issuing votes, the SEC officials said.

Elad Roisman, the Republican SEC commissioner who has led the rulemaking on proxy adviser firms, had in March raised the possibility of a more stringent “speed bump” approach that would have prohibited automatic vote submissions for a period of time after a proxy advisory firm issued its advice.

The SEC’s proxy advisory reforms have been among the most controversial of Mr Clayton’s tenure, with critics arguing that the rules would weaken protections for investors in favour of company management. The proposals last November sparked a lawsuit against the SEC from ISS, but the litigation was paused pending the final rule. It is unclear if ISS will renew the action.

Aside from the changes regarding proxy adviser recommendations, the final rule on Wednesday will largely hew to the November proposals, according to the officials.

These include defining providing proxy voting advice as solicitation, requiring disclosure of material conflicts of interest and defining instances in which advice given by proxy firms could constitute fraud.

An additional requirement that the proxy firms provide a hyperlink to a company’s response to their advice remains in the final rule, but firms can use other means of sharing the material.