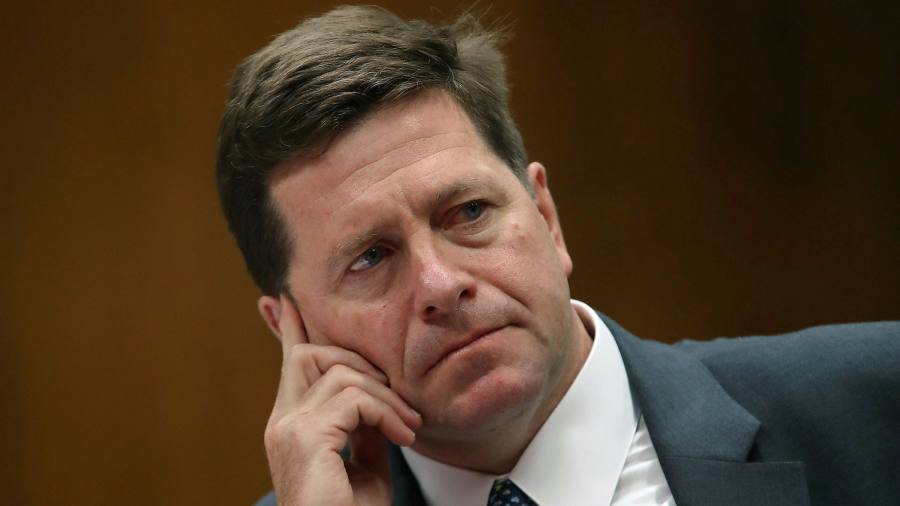 Donald Trump is set to nominate the chairman of the Securities and Exchange Commission to serve as the US attorney in Manhattan, among the most prominent prosecutorial jobs in the Department of Justice.

Jay Clayton, who has led the US securities regulator since 2017, will replace Geoffrey Berman, who has overseen several politically charged prosecutions, including of the president’s allies, over the past two and a half years.

The US attorney’s office for the southern district of New York is also known for prosecuting high-profile white-collar criminals as well cases involving international corruption as its jurisdiction includes major US financial institutions.

Mr Clayton, who was a longtime Wall Street lawyer and adviser to big banks before his appointed to the SEC, would mark a shift for the US attorney’s office as he has no previous experience as a prosecutor.

Under his reign as SEC chairman, the regulator has led a crackdown on cryptocurrency fraud and downgraded investigations of wrongdoing on Wall Street in favour of a focus on frauds that directly hit retail investors.

“His management experience and expertise in financial regulation give him an ideal background to lead the United States Attorney’s Office for the Southern District of New York, and he will be a worthy successor to the many historic figures who have held that post,” said William Barr, the US attorney-general, on Friday evening.

Mr Berman’s time in office has included the prosecution Michael Cohen, Mr Trump’s former personal attorney, as well as a Republican congressman for insider trading and a Turkish lender, Halkbank.

Earlier this week excerpts from a book by John Bolton, Mr Trump’s former national security adviser, claimed the US president had told his Turkish counterpart in 2018 he would halt the case against Halkbank. The lender was ultimately indicted last year.

Mr Trump has called his former national security adviser a liar. Halkbank has denied wrongdoing in the ongoing case.

Mr Berman also brought an indictment against Jeffrey Epstein, the disgraced financier who committed suicide in jail before he could face trial on sex-trafficking charges.

He has since been embroiled in a public spat with Prince Andrew over the question of the British royal’s co-operation as a witness in an ongoing investigation into possible conspirators of Epstein’s.

The US attorney in New Jersey, Craig Carpenito, would lead the Manhattan office in an acting capacity from July 3 until Mr Clayton was confirmed by the Senate, Mr Barr said.

A spokesman for Mr Berman declined to comment. A spokeswoman for Mr Clayton did not immediately return a request for comment late on Friday.