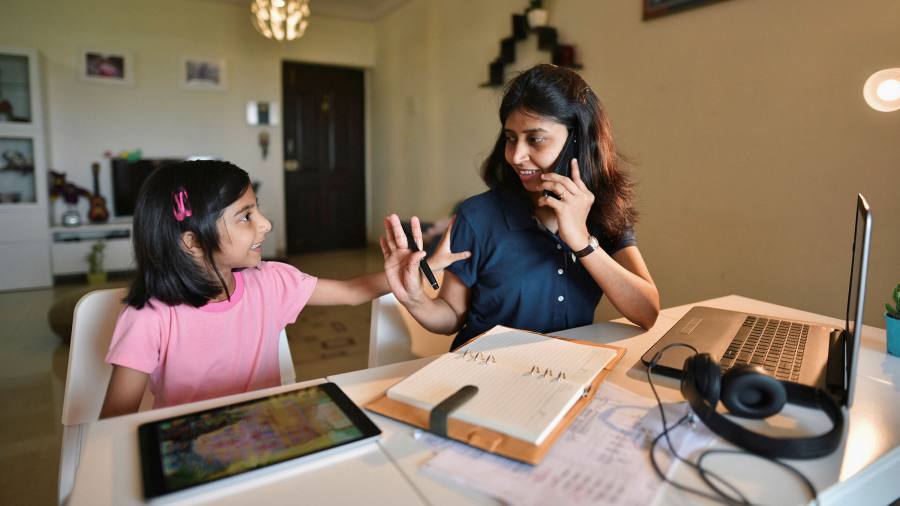 The economy is open! From July 4, schoolchildren can spend all day in pub beer gardens, go to the cinema and shop in Primark. What most of them can’t do is go to school. That puts many parents in an impossible situation of choosing between work or family.

It’s not just the UK. In the US, food writer, Deb Perelman, tweeted: “I wish someone would just say the quiet part loud: In the Covid economy, you’re only allowed a kid OR a job.”

School closures will expand inequality among children. So too among parents. In the UK, the Institute for Fiscal Studies found that “mothers are more likely to have quit or lost their job, or to have been furloughed, since the start of the lockdown”.

The pandemic has illuminated stark differences between working parents. Those with live-in nannies, or partnered with a stay-at-home parent are freer to work than single parents. So too were those with older children versus parents of infants.

The nonsense of the shared experience of working parents was brought home to one friend. Sitting between a three year-old and five-year-old, she video-called her manager who empathised with the problems of sharing a workspace with kids. The camera panned out to reveal two willowy undergraduate daughters surrounded by textbooks. They were not in it together after all.

Then there are the differences between fee-paying and state schools. While the government has declared schools will be fully open in September, one mother of two, who is struggling to keep her business afloat, reports her state school told her January is more realistic for full-time schooling. “I feel physically sick,” she says. “It’s impossible, I am quietly incandescent.”

It is not just schools. Parents do not know if holiday camps will be open over summer. Childcare providers in the US and UK will be forced to shut. The US’s National Association for the Education of Young Children, found only 11 per cent of childcare providers were “confident they could survive a closure of an indeterminate length without support”. As Sam Smethers, chief executive of the Fawcett Society, points out, we would not let other infrastructure industries implode.

UK Prime Minister Boris Johnson’s expectation that employers should be “reasonable” if someone could not work due to childcare was choosing to ignore reality. Many workers do not have understanding bosses, particularly those struggling to keep their business afloat. One father says his boss has a 1950s mentality where “women should stay at home with the kids” and does not appreciate that his wife has a more demanding job. A London primary headteacher reports frantic calls from parents trying to make the case that they are key workers, worried they’ll lose their jobs.

Kathleen Heycock, employment partner at law firm, Farrer & Co, says this is an impossible situation. “Many [parents] will have children at home and will not be able to work their usual patterns or at all. This might mean you lose the job you need to house, feed and clothe that child.”

The impact is likely to be shouldered by working women. Sociology professor Aliya Hamid Rao fears that if the economy requires parents to go into the workplace: “For women it may essentially boil down to a decision between making sure children are not left on their own versus going to their jobs.” Caitlyn Collins, author of Making Motherhood Work, agrees. She says wilful blindness over childcare is because it has been traditionally feminised and devalued. “It is no surprise that the equation of reopening doesn’t add up — governments expect women to solve an impossible equation.”

Despite the devastation, the pandemic is an opportunity to rethink the way we work — and working parents must be part of that.