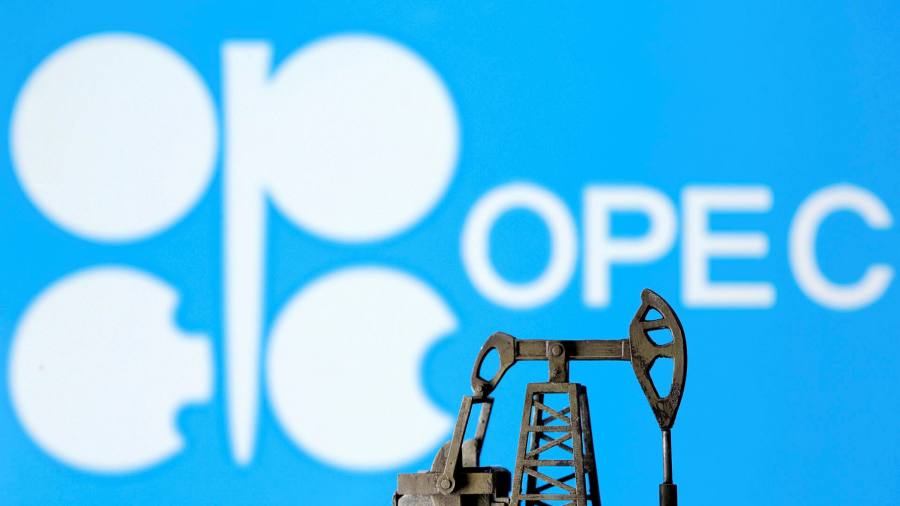 Saudi Arabia is set to unwind the extra production cuts it pledged last month, increasingly confident that the grand bargain agreed by oil producers in April to reduce supply has restored order to a market thrown into disarray by the Covid-19 crisis.

As part of the deal two months ago, the Opec+ group that includes Saudi Arabia and Russia agreed its biggest-ever production curbs of 9.7m barrels a day. The deal ended a price war between the countries and sought to offset a collapse in demand triggered by coronavirus. This month, Saudi Arabia went even further by making additional cuts of 1m b/d to placate US president Donald Trump, as America’s domestic shale industry reeled from the price plunge.

Now, with Brent crude having rebounded from 18-year lows of below $20 a barrel in April to about $40, Saudi Arabia is poised to bring that 1m b/d of production back, according to four people briefed on the kingdom’s thinking.

Yet given the uncertainty still hanging over the market, the Opec+ group is expected to agree an extension of its core production curbs for at least one month beyond July, when producers were initially due to start tapering the two-year deal.

A planned virtual meeting of ministers on Thursday was in doubt on Wednesday after a dispute erupted over producers’ compliance with the agreement. The meeting could still take place in the coming days if a resolution is reached, said two people familiar with Saudi Arabia’s thinking.

The kingdom’s likely decision to increase production back to about 8.5m b/d in July, from 7.5m b/d in June, highlights the dilemma it faces. Saudi Arabia does not want production to rebound too quickly, with oil prices still vulnerable to further virus-related drops in demand. Under the original deal, it was meant to be producing 9m b/d by July. But it also wants to secure its market share.

Bob McNally at Rapidan Energy Group said Opec+ nations would come together “relieved by crude’s sharp recovery but bruised by their falling out in March and nauseated by crude’s epic price bust in April”, adding: “They will dial down the drama and aim for a ‘Goldilocks’ outcome, signalling unity and some incremental restraint.”

The oil industry is used to the cartel quibbling over a few hundred thousand barrels, or trying to calculate whether global demand will rise by 1m or 1.5m b/d annually. But the demand shock in March and April was unprecedented, with as much as a third of global oil consumption lost.

Monitoring supply cuts of about 10m b/d, on top of production lost from producers in North America outside the Opec+ group, leaves oil ministers struggling to build up an accurate picture of just how much crude the world needs in the second half of this year.

If prices were to move much higher, when the world economy is grappling with a deep virus-induced recession, the kingdom could receive a strong rebuke in Washington. The price war had already provoked the ire of US senators and prompted threats of a withdrawal of military aid.

“If Trump asks for these kinds of voluntary cuts again, the Saudis will likely take that ask seriously,” said Helima Croft at RBC Capital Markets.

Under the deal agreed in April, and which took effect in May, the cuts were always supposed to taper from July. Instead, it looks likely the original 9.7m b/d in cuts will be kept in place for another one to three months, with Opec+ officials still in negotiations and expected to meet more frequently to monitor the impact of the curbs.

Crude’s strong rally since April has come as Chinese buyers have returned to the market, with oil demand there almost back to pre-pandemic levels. The reopening of economies in the US and Europe has also boosted consumption.

But overall demand is still relatively weak. That could weigh on oil purchases by refiners, whose margins have suffered through the crisis. Opec+ is discussing moving the group’s virtual meeting forward to Thursday, to help with monthly pricing schedules for refiners. Higher crude prices could also encourage US shale drillers to start pumping more oil.

Bassam Fattouh at the Oxford Institute for Energy Studies said Saudi Arabia and the Opec group “realise that in an environment of extreme uncertainty they need to be proactive and retain flexibility”.

Russia is also hesitant to extend the full cuts indefinitely, though. President Vladimir Putin is thought to be open to keeping them in place for now, having spoken with Mr Trump and Saudi Arabia’s leaders this week. Higher oil prices are a boost to Moscow at a time when Mr Putin is looking to win a referendum that would allow him to extend his rule to 2036.

“Opec+ has only one choice: extend the cut,” said Anas Alhajji, an adviser to oil-producing governments. “Differences will focus on the length of the extension.”