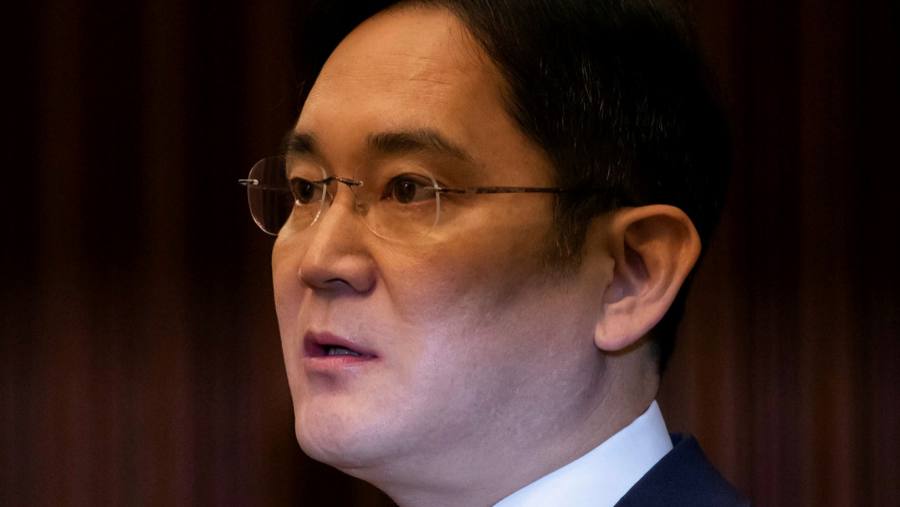 Lee Jae-yong, the de facto head of the Samsung group, said he has no plans to hand management down to his children, signalling the end of three generations of control over the sprawling South Korean technology company.

The statement, which came during a public apology issued in Seoul on Wednesday, marked the latest effort by the 51-year-old Samsung vice-chairman to avoid a return to prison on charges of bribery linked to succession and long-running criticism of opaque family control.

“I do not plan to pass down my role to my children. This is something I have thought about for a long time but have been hesitant to express it openly,” said Mr Lee, before bowing at a rare press conference.

“I give my word here today that from now on, there will be no more controversy regarding succession. There will absolutely be no infringement against the law,” he added.

Samsung, the world’s biggest producer of smartphones, computer chips and electronics displays, was founded as a grocery store in 1938 by Lee Jae-yong’s grandfather, Lee Byung-chul.

Lee Jae-yong has led the company since 2014, when his father, chairman Lee Kun-hee, suffered a heart attack.

Like many of the scions of the family-owned groups, or chaebol, that dominate Korean business, the Samsung heir, also known as Jay Y, or JY Lee, has been marred by allegations of corruption.

He is currently facing a retrial for bribery of former South Korean President Park Geun-hye — charges on which he was jailed for a year in 2017 before being granted an early release.

The chaebol have long bothered investors who believe family interests are put before those of smaller shareholders. Some analysts believe the companies’ ties to politics and elaborate corporate structures have hamstrung growth and led to chunky discounts in valuations.

Sea-jin Chang, a professor at the National University of Singapore who has written extensively about Samsung’s history, said Mr Lee’s pledge appeared “pragmatic” because South Korea’s inheritance tax has made it increasingly difficult for founding families to maintain control of their empires.

“JY Lee tried very hard to avoid the tax with several different ways but failed. He realises that it will be almost impossible to avoid it in the next generation,” Mr Chang said.

The tax rate of 50 per cent rises to 65 per cent if the beneficiary becomes the biggest shareholder of the family business, making it one of the highest in the OECD.

Others, however, were sceptical. Park Sang-in, an economics professor at Seoul National University, said Mr Lee’s speech was void of specific measures to cease the complex inter-group transactions that have helped keep control in the family for decades.

Lee family interests only own about 5.8 per cent of Samsung Electronics, the group’s crown jewel, but affiliated Samsung groups — within which the family holds further interests — own a further 15.4 per cent. Lee Jae-yong has two children of school and university age, neither of whom are involved in the company.

Jisoo Lee, a corporate reform advocate and lawyer, said more time was needed to judge whether Mr Lee was sincere about changing his management style. But he ruled out the family losing control.

“Control remains in the family forever — until it goes out of business.”