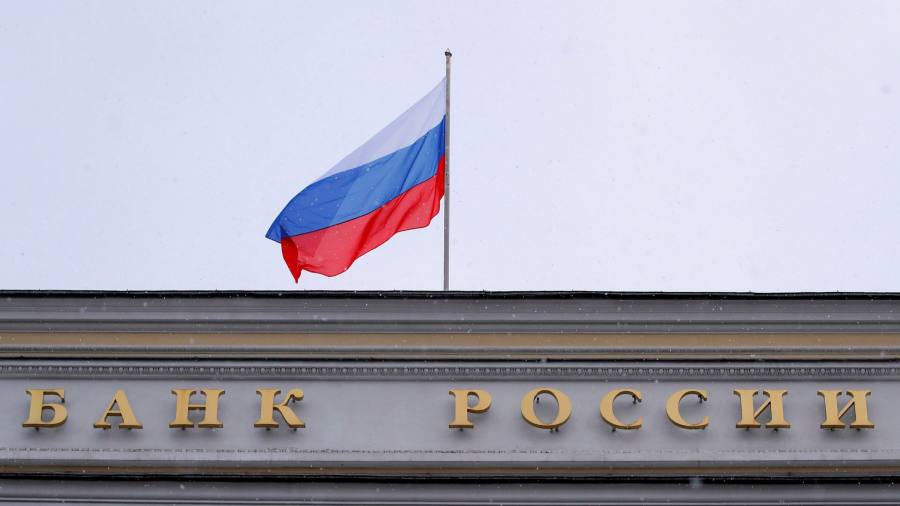 Russia’s central bank cut its benchmark rate to a new record low on Friday as a national lockdown imposed in response to the coronavirus pandemic continued to weigh on its economy.

The 25 basis point cut took its benchmark lending rate to a post-Soviet low of 4.25 per cent. The decision came after the World Bank forecast that the Russian economy would suffer a 6 per cent fall in GDP this year.

Russia imposed sweeping quarantine measures in March in a bid to stem its rapidly rising cases of Covid-19. That caused manufacturing output to shrink by the largest amount on record and pummelled domestic demand, while at the same time the price of oil — its key export — plunged 40 per cent.

The Kremlin moved to lift the national lockdown in mid-May but many parts of the country are still operating under restrictions, and some industries are yet to fully return to normal.

“The revival of business activity is still moderate and uneven across industries and regions,” the central bank said in a statement. “The recovery of the global and Russian economies will be gradual despite the fact that the easing of restrictions revives economic activity.

“Further economic recovery might be unstable due to a fall in incomes, moderate consumer behaviour, cautious sentiment of businesses and external demand-side restrictions,” it added.

The move is the fourth time this year the central bank has cut its key rate, which began 2020 at 6.25 per cent. The bank said that it would consider further cuts “if the situation develops in line with the baseline forecast”.

The bank hopes that lower rates will spur lending and increase spending and investment. The lockdown, cuts in salaries and rising unemployment have all tempered retail spending. Inflation, the bank’s primary concern, stood at 3.2 per cent in June, comfortably below its 4 per cent target.

“Disinflationary risks prevail over pro-inflationary ones,” the bank said. “There is a risk that in 2021 inflation might deviate downwards from the 4 per cent target.”

The rouble slipped slightly following the announcement. Russia’s currency has weakened by 15 per cent this year, due to lower oil prices, worries over global growth and concerns about a new wave of US sanctions against Moscow.