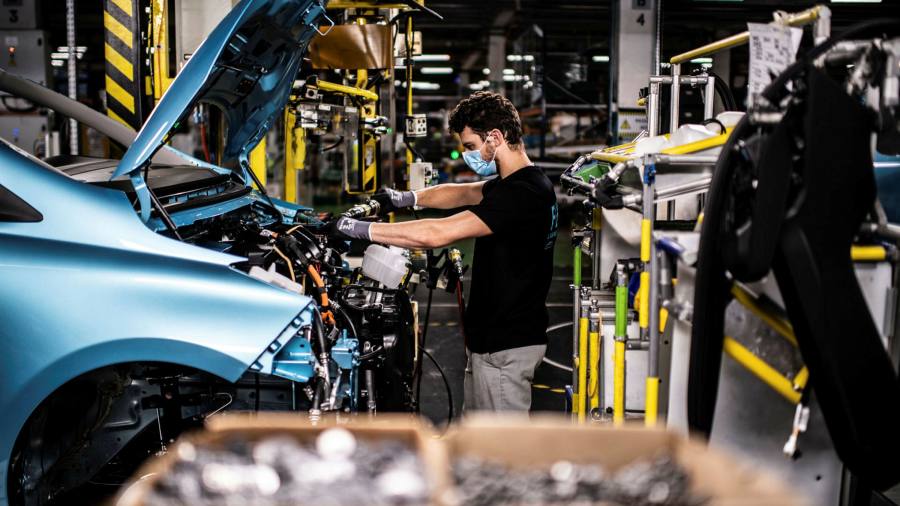 Renault, Nissan and Mitsubishi have torn up their decades-old strategy built by Carlos Ghosn to force rival teams to work together, in an attempt to slash costs and preserve an alliance hit hard by the coronavirus pandemic.

The three groups will instead carve up responsibilities across the partnership in a big switch from the policy under former alliance boss Mr Ghosn, who was arrested in November 2018 on charges of financial misconduct that he denies.

Outlining the plan, Renault chairman Jean-Dominique Senard ruled out a full merger of the three companies, which Mr Ghosn and the French state had pushed for in the face of resistance within Nissan.

“There is no plan for the merger of our companies . . . We don’t need a merger to be efficient,” said Mr Senard on Wednesday.

Mr Ghosn’s attempt of trying to push the three companies ever-closer together and force co-operation across the global businesses failed to lead to meaningful co-operation as rival teams vied for control.

In his most recent midterm plan before his arrest in 2018, Mr Ghosn envisioned the businesses growing sales from 10m annually to 14m by 2022, longstanding targets that have now been scrapped.

The new strategy aims to cut costs of new vehicle development by up to 40 per cent and comes ahead of separate plans due to be announced by Renault and Nissan later this week.

For each new model, the carmakers will select one company from the alliance to lead development. It says this will save billions as the groups struggle to recover profitability sapped by falling sales and the pandemic.

Once the world’s largest carmaking alliance, the partnership has been beset by infighting and mistrust, while both Renault and Nissan have suffered a collapse in profits.

Renault is set to unveil €2bn in cost cuts on Friday, which could include the closure of plants in France and the loss of 5,000 jobs, mostly through staff attrition, by 2024.

Nissan is also expected to disclose a similar $2.8bn cost-cutting programme on Thursday as it seeks to weather its first net loss in 11 years.

While the companies already make close to half of their cars on shared bases, known as platforms, they will now begin sharing top halves of the models to cut costs.

Half of the new models will be developed using this system by 2025, with plans for 80 per cent of vehicles made on common platforms by 2024, resulting in a fall of a fifth in the overall range of models sold by the businesses.

“If we want to see a real impact on competitiveness, we need to push standardisations further,” said Mr Senard. “The potential savings are tremendous.”

The new scheme will also put each company in charge of specific markets: Europe and Russia for Renault; China, the US and Japan for Nissan; and south-east Asia for Mitsubishi.

Renault will take the lead on smaller cars and diesel models, while Nissan will focus on larger vehicles, and Mitsubishi will front the hybrid development for sport utility vehicles.

“This will lead to higher efficiency, but whether the companies can strengthen their product and brand strength is questionable since it remains an alliance of weak players,” said Takaki Nakanishi, an automotive analyst who runs his own research group.

Renault has also agreed a €5bn loan from banks, according to people familiar with the matter. This will be guaranteed by the French state and help it ride out a crisis that is forcing it to burn through €600m of cash a month.